No doubt, any LEGO fan with a passion for building can relate to this humorous scene by Ralf Langer. LEGO Star Wars 75192 UCS Millennium Falcon burst on to the scene in 2017 with a whopping 7541 pieces and a price tag to match. Star Wars fans flocked to the store to bring their large prize home, often to the chagrin of their partners, families and bank accounts. 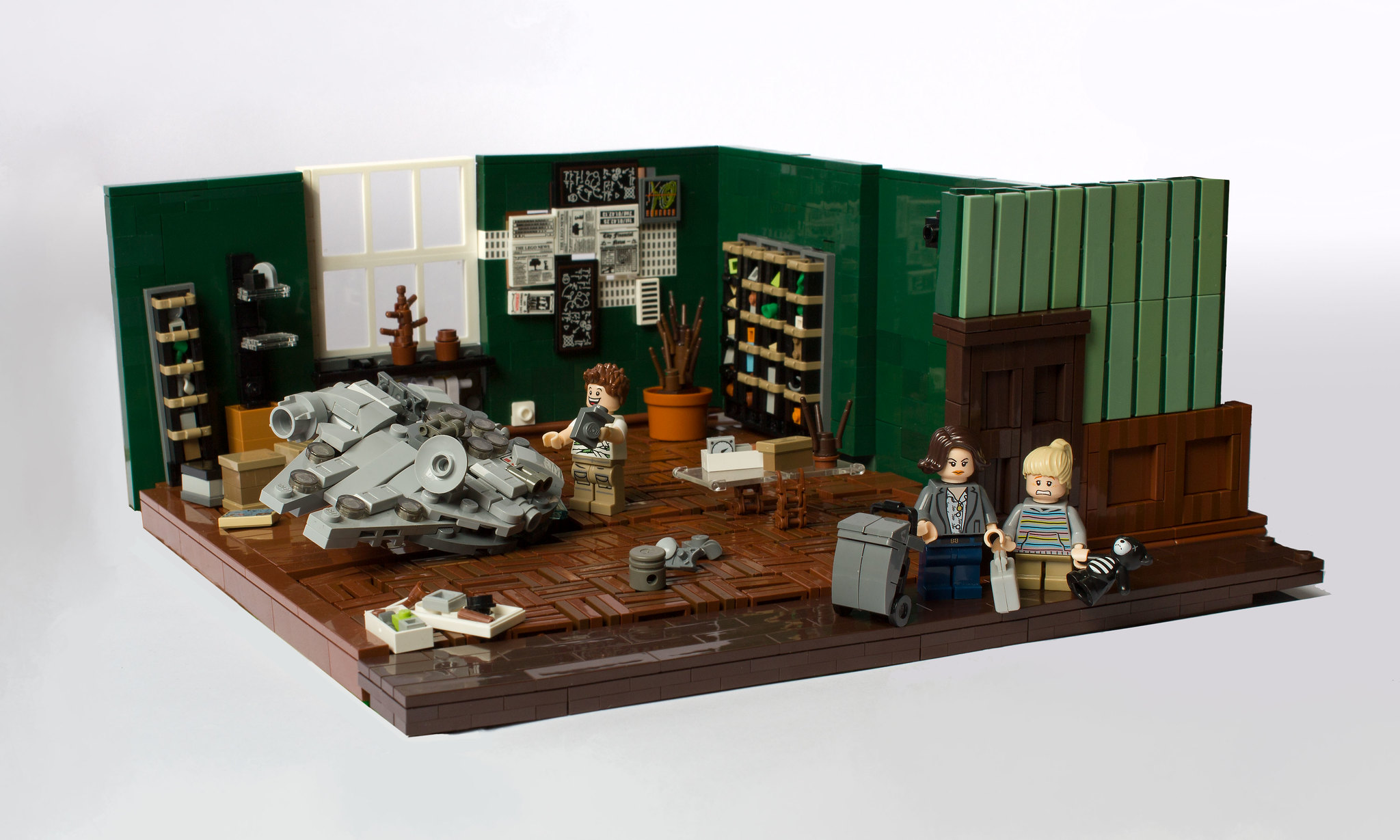 I love a model that tells a story and this one employs some great details that serve to add to the narrative. The inclusion of dead plants is a funny little gem and the expressions on all the minifig’s faces tell us everything we need to know about what they are thinking. The mom’s rolling suitcase and the daughter’s teddy bear are a nice touch as well as the many open boxes of parts spread around the room. The Millennium Falcon itself is also a terrific little build all on its own. My favorite bit is the LEGO storage shelves which are all organized by part. The bucket handles add a nice splash of color and detail and the use of single parts in the shelves represent the organization system perfectly. A true homage to the LEGO obsessed.