This bulky mech by Zane Houston is called a brawler, and it could not match its name any better. From the large wheels built into the legs to massive shoulder and hip joints, this is one heavy mech. However, this is more than a simple brute of a model, as there are plenty of details worth mentioning. In particular, the mech has several pistons and other mechanisms that ground it in practical construction. Throughout the model, the builder has also added simple repeating details like cheese slopes in the thighs, and canisters in the forearms. 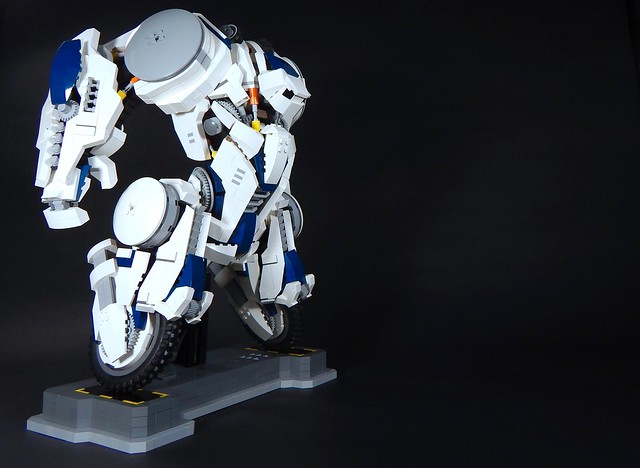 In addition to some fantastic angled structures that would look quite at home in any massive LEGO spaceship, the color blocking is also well-executed. However, I think my favorite detail would have to be the 2×2 round bricks with grooves tucked into several joints, playing off of the more noticeable gears.