If you have been following the Brothers Brick for a while, you are probably familiar with the figure-building madman known as Eero Okkonen, who is known to often produce his masterful figure builds on a weekly basis or faster. This time Eero brings us a creation that he built a while back, but only recently shared online. It is a part of a series of Japanese video-game inspired characters we have been following on the Brothers Brick for a while now. 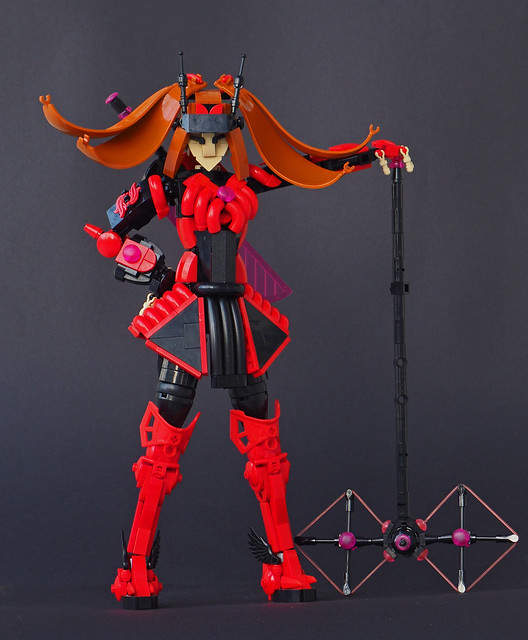 The build is faithful to the series, using the striking colour scheme and Clickits strings as laser blades on the amazing space axe. On the other hand, it is unique and a clear improvement on previous installments. There are so many exotic pieces used in unique ways that I can not even begin to cover, but what stands out most is the wildly flowing hair made of balloon panels in earth orange.