I have to be honest, I’m not exactly sure what the latest craze with The Wizard of Oz is all about, with the characters even showing up in The LEGO Movie 2 and its latest minifigure line! Nevertheless, I do have to agree that the film is one of the greatest classics of all time. A couple of cool LEGO builders must certainly also agree, because Kendall Brown and Scott Moore have created renders of the cast in expert BrickHeadz fashion. 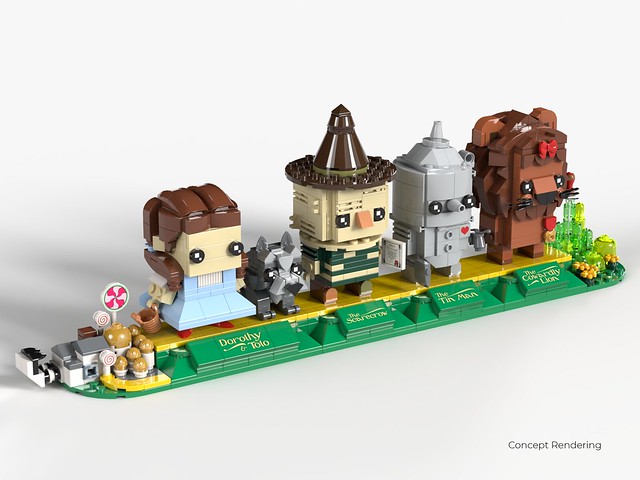 Each of the classic characters have all the traits that make them memorable. Dorothy is easily recognizable with her ruby slippers and faithful companion, Toto. Something seems slightly off about Dorothy’s hair, but all the same, they come together nicely. Although there are some aspects of the dog that cannot yet be built with the currently available colors, I’m a big fan of the way this little guy looks. 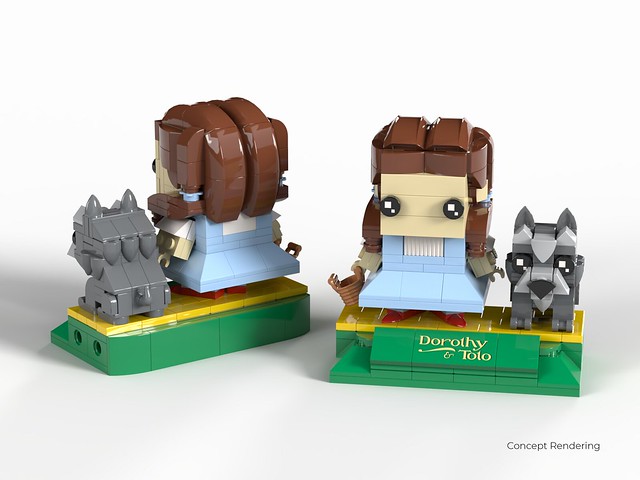 Using grates and clips to give Scarecrow the look of being made out of straw is a clever idea. He carries with him his famous diploma. Additionally, some of the characters come with a hidden surprise inside. Dorothy’s head is filled with a rainbow while Scarecrow’s faceplate can be removed to swap between a bundle of straw and a brain. 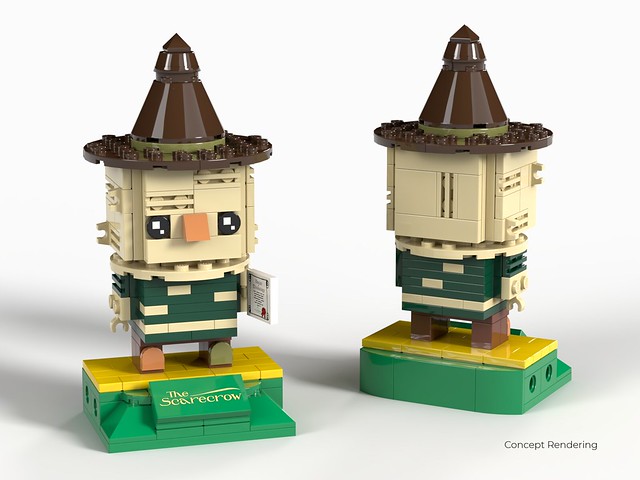 The Tin Man is one of my favorite characters. It’s cute how his hat tilts to one side, and that he carries both his oil can and axe. Instead of something placed in his head, Tin Man’s chest opens to reveal that he does indeed have a heart. 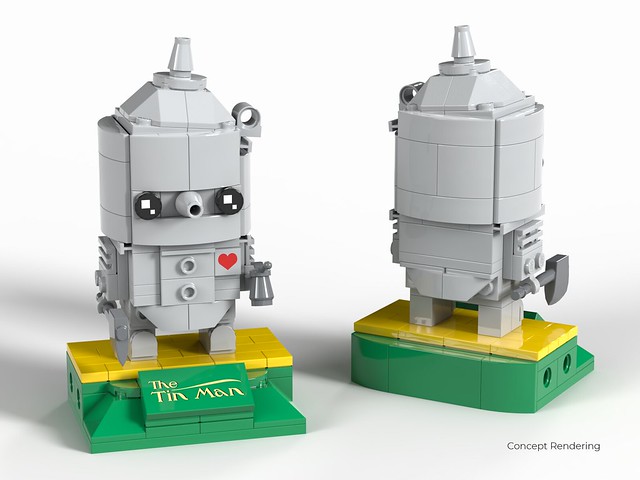 As an animal lover and someone with a huge mane of hair myself, I’m definitely a fan of the Cowardly Lion. This one even has the same bow as the classic character from the original movie! From his whiskers to his badge of courage, to his poseable tail, this version is adorable. 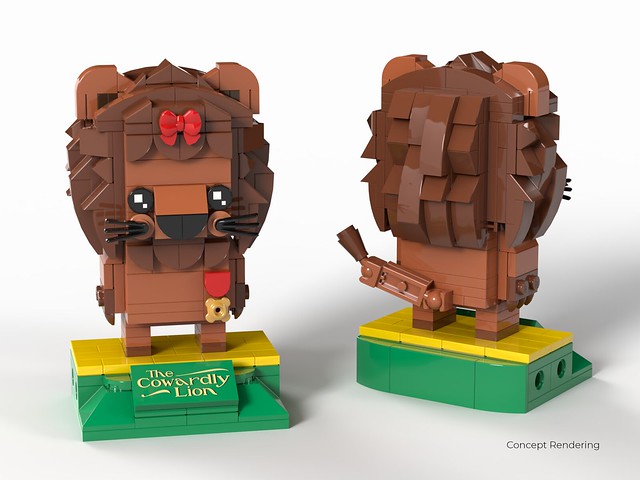 The whole cast is made modular and can be connected together as a group. What better way to cap the ends than with the starting and ending points of the Yellow Brick Road? Munchkinland is complete with lollipops and Dorothy’s farmhouse atop the Wicked Witch of the East. I’m not entirely sold on the witch’s legs, but I do think it’s a great idea. On the other side, I love Emerald City with its poppies below and hot air balloon above. Using a maraca stuck in an inverted 1×1 round stud with hole is one of the cleverest ideas of the entire build. 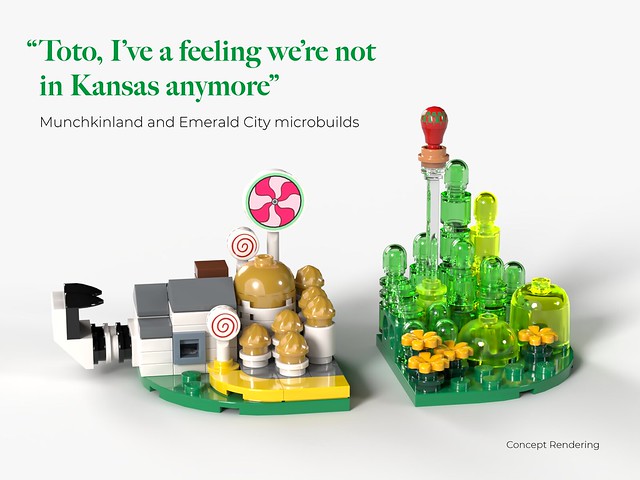 Altogether it is a really nicely done model. If you’d like to see more like this, Kendall is an expert at pop culture LEGO BrickHeadz renders. Take Buddy the Elf and Mr. Narwhal, for example. And if you’re a Wizard of Oz fan who just can’t get enough, take a look at this massive collaborative by VirtuaLUG.

6 comments on “A classic crew of BrickHeadz, off to see the Wizard”