The latest series of LEGO’s Collectible Minifigures theme based The LEGO Movie 2: The Second Part are now hitting stores. We’ve already brought you our full, in-depth review, so that means it’s now time for our Feel Guide to help you poke and prod your way to a full set of 20 characters. 71023 LEGO Minifigures – The LEGO Movie 2: The Second Part are available now in retail stores and online, for US $3.99 | CAN $4.99. 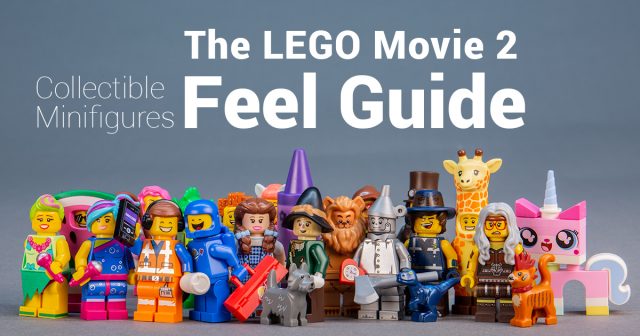 So let’s check out what makes these figures stand out from one another when all you’ve got is an opaque package and a crowd of onlookers in the store aisle.

Like the majority of previous series, this set comes packed in cases of 60. Unlike previous series, they seem to be pretty well sorted within the case, but it’s not perfect. The cases are divided into three rows of 20 packs each. Many collectors have been reporting success with grabbing one full row and getting the full set of 20, or very close to it. We paid extra attention to this when sorting our case, and ours didn’t break down quite that neatly (nor did it break into precisely three full sets, having one figure mismatch). However, even with our case, grabbing a row would have netted you about 17 unique figures, so if you’re short on time or dexterity, this will be your best bet. One big caveat, of course: this only applies to new cases that haven’t already been rifled through by others. 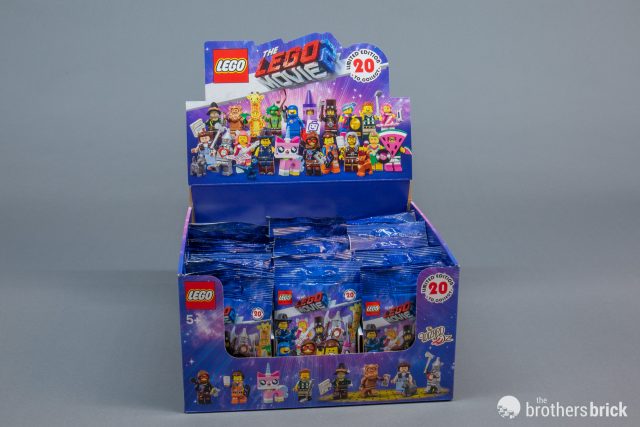 This series also differs from previous ones in another way. Several of the characters are packaged with an inner plastic bag. This bag was found in six characters in our review, and the bag was present in all of the packs for that given character. However, we’ve talked with other collectors who found inner bags with other characters, or found these without bags. Ultimately, it seems a bit random (perhaps LEGO has more than factory or production line making this series). So although the inner bags crinkle loudly and might have served as a good indicator on which fig you’re handling, we can’t recommend this method as it doesn’t appear reliable enough. Thankfully, the presence of an inner bag doesn’t have much of an effect on the ability to feel the elements inside. 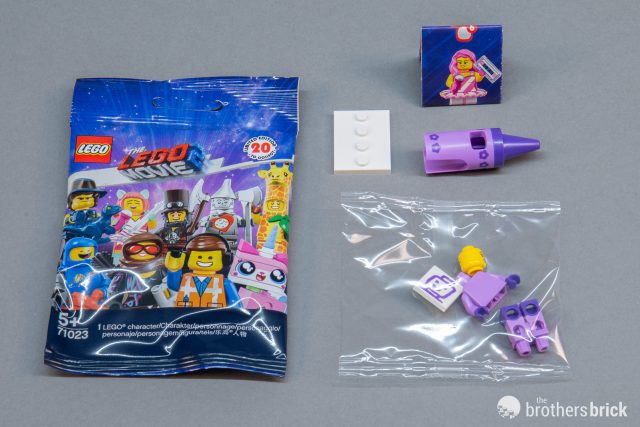 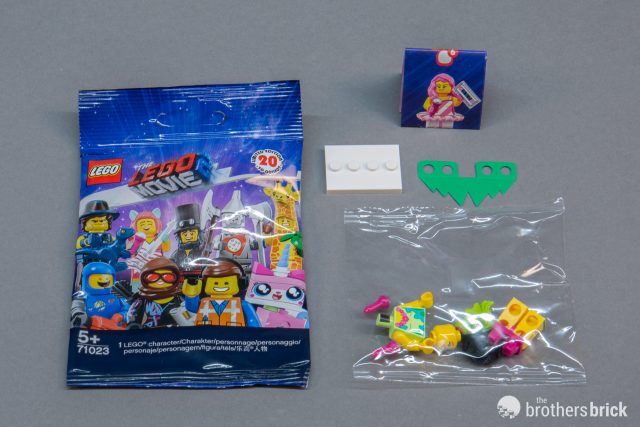 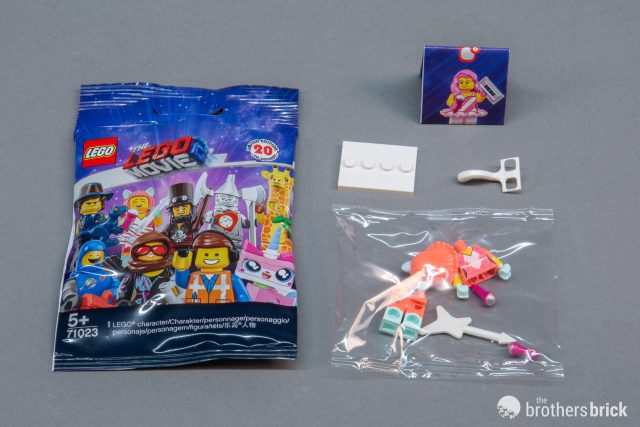 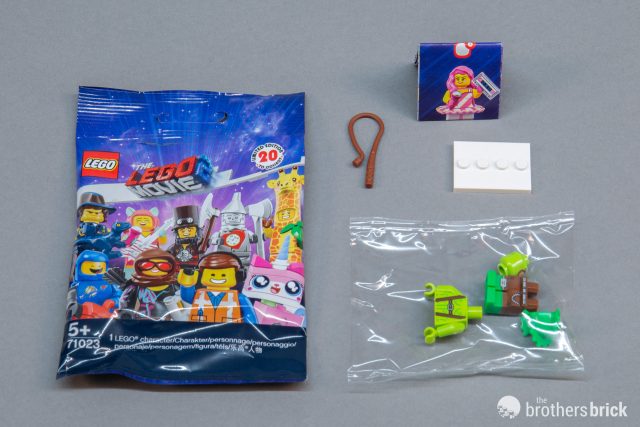 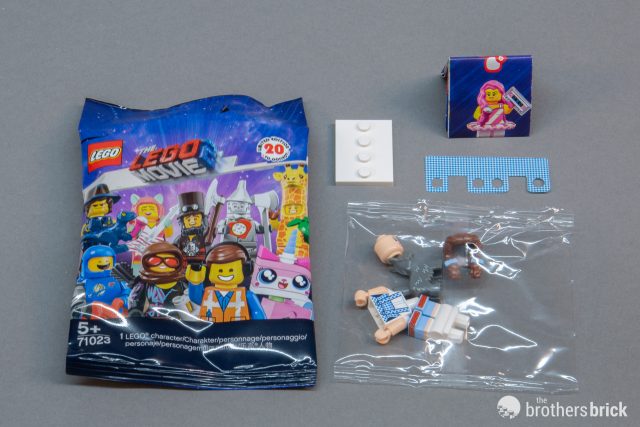 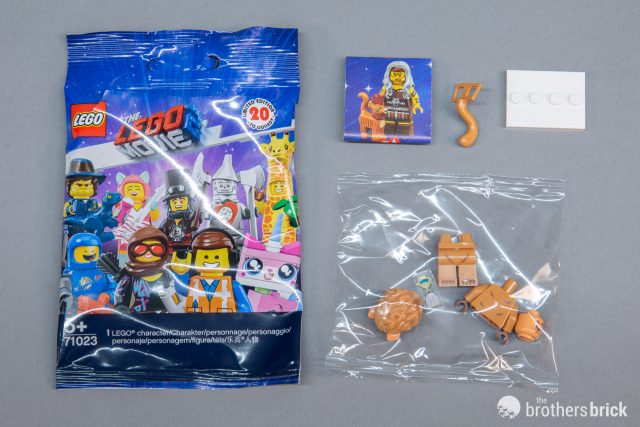 Download a PDF of this cheat sheet to use on your phone in the store when searching for minifigures. As always, we’ve developed this guide by experience, having started way back with Series 1. And of course, we’ve already sorted lots of The LEGO Movie 2 Collectible Minifigures by feel. 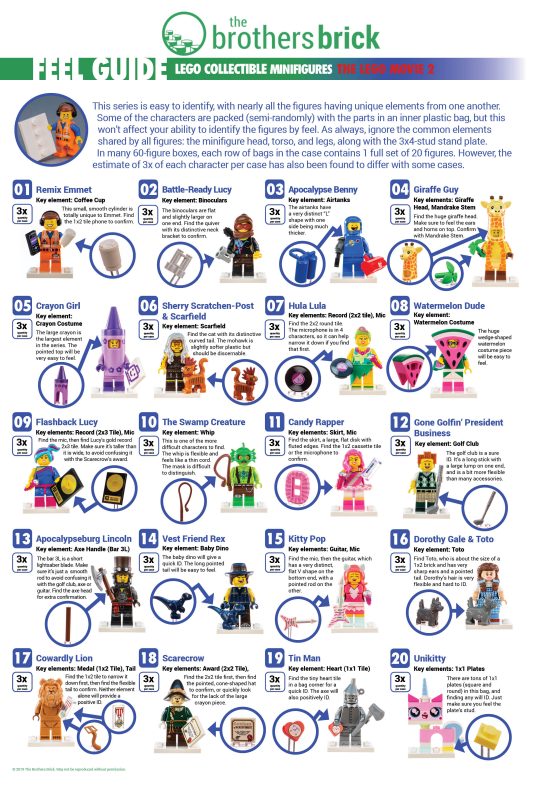 Let us know in the comments your own tips and tricks for finding figures! Do remember to also check out our Full Review of this LEGO Movie 2 minifigure series! 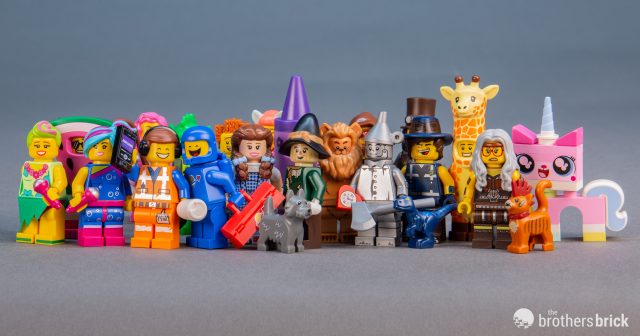 71023 The LEGO Movie 2 Collectible Minifigures are available now from the LEGO Shop Online (US $3.99 | CAN $4.99) and Amazon, as well as third-party sellers on Bricklink and eBay.