Pharah is such a unique character in Overwatch, combining the classic rocket launcher/jump jet pairing with a futuristic armor suit influenced by Egyptian culture. The team at Build Better Bricks has built an impressive LEGO sculpture of this formidable flying hero. Their model features outstanding attention to detail in her blue armor with gold embellishments throughout and detail in her partially exposed face and braided hair. 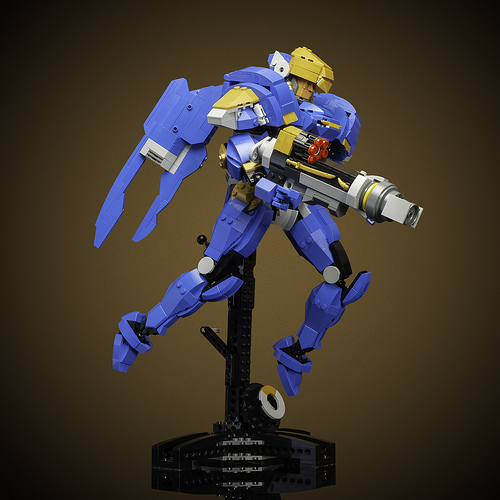 B3’s Pharah model is fully articulated to duplicate several flying poses from the game. My favorite is the Ultimate pose, which reveals rocket salvos primed to rain justice from above. Also notable is the clever, compact build of the Overwatch logo on the display stand. 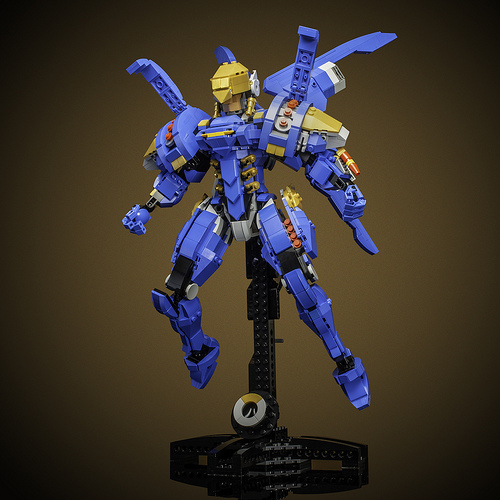