If it’s the early 20th century and you’ve got more tycoon money than you can spend, why not spend some of it on an insanely luxurious car? Vehicle master Firas Abu-Jaber brings us an amazing LEGO rendition of the 1936 Mercedes-Benz 500K w29 Special Roadster, and it’s fit for a king. As Firas points out, the original car sold for over $100k in 1936 bucks (about $1.8 million today). Today, the remaining examples sell for tens of millions. 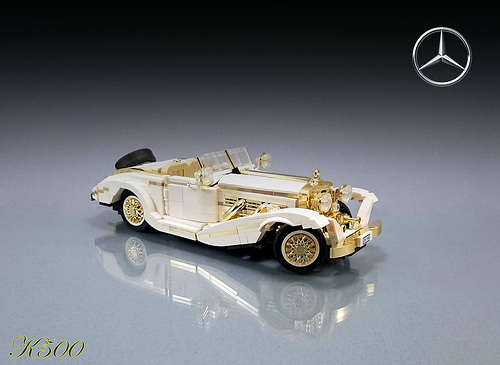 While Firas’ LEGO version didn’t cost quite that much, we’re sure it wasn’t cheap, as it incorporates a treasure galleon’s worth of chromed parts, some of which are official, but many of which are custom, such as the bespoke chrome wheels from James Bond’s Aston Martin. 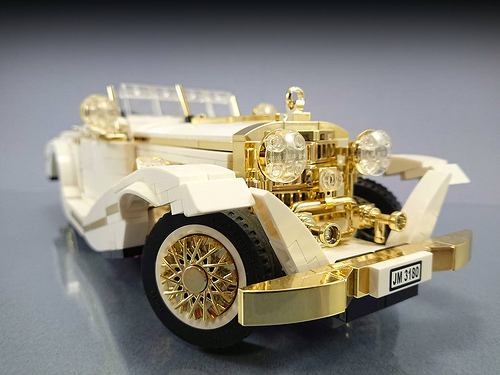 This 1:16 scale model doesn’t just look pretty on the outside, though, as it’s got plenty of built-in functions, with an opening hood, trunk, and rear-hinged suicide doors, not to mention working steering. 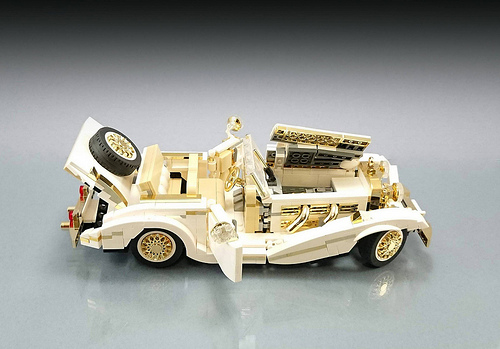