A LEGO Overwatch build has been revealed, and it’s this awesome rendition of the hero Reinhardt by Herbert Lee. The heavily-armored German is classified as a tank in the massively popular first-person shooter video game and his appearance here more than justifies the title. The model’s stout form looks like it can take a beating and the helmet looks remarkably accurate to the game, as does his signature rocket hammer. 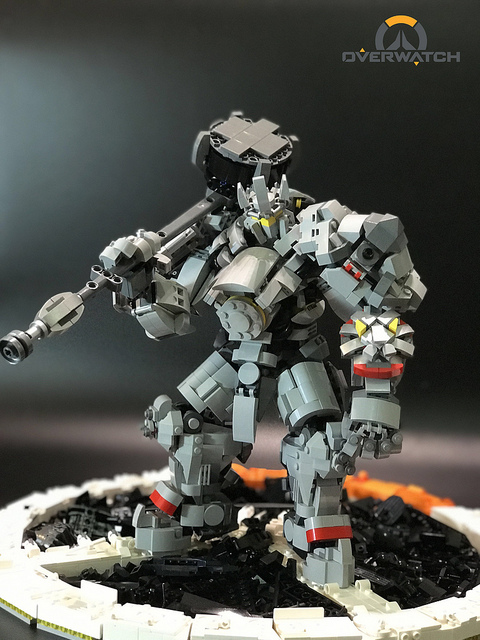 As an added bonus the Reinhardt model’s base is also a meticulously built and overly greebled recreation of the Overwatch logo. It also puts into perspective just how big Reinhardt is in brick form. 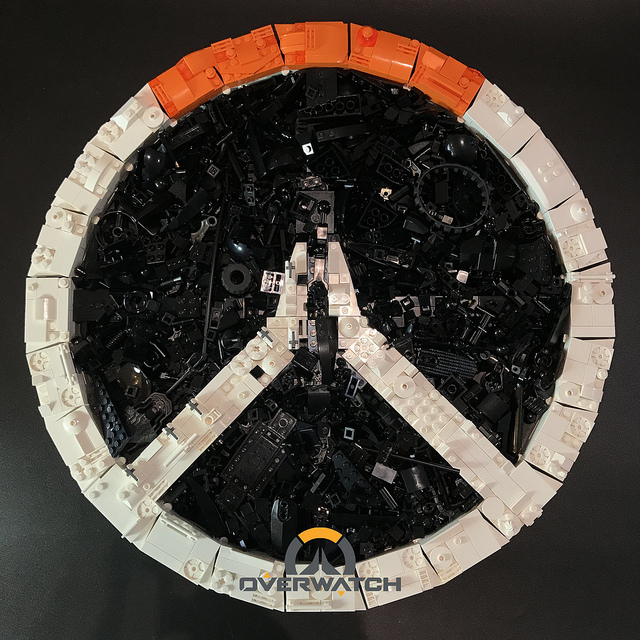 Finally, check out how fan builder Herbert’s model stacks up against the official LEGO Overwatch set in TBB’s recent review of 75953 D.Va and Reinhardt.