For Christophe Pujaletplaa, a LEGO city is a living thing that grows and evolves like a real city. Having begun in 2010 when he rediscovered his childhood love for the plastic bricks, Christophe continues to expand and update his tiny LEGO metropolis, which he’s dubbed Microville. Only, it’s not so small anymore, rounding out at nearly 50 large LEGO baseplates, or more than 7 meters squared. 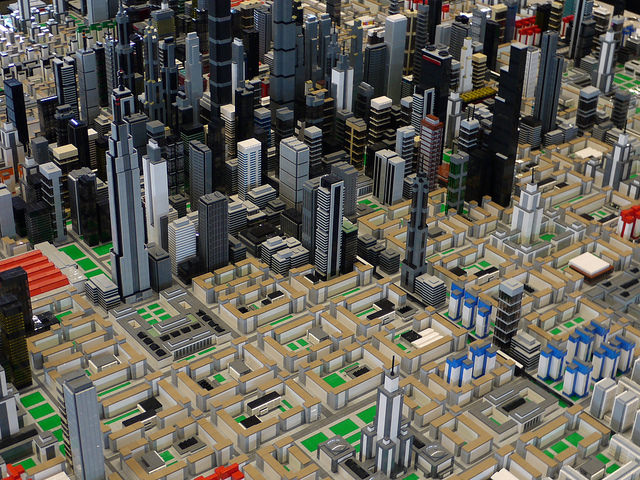 Even when Christophe started in 2010, he had lofty goals, already planning for a much larger microscale LEGO city than most of us have ever attempted. When he began, he used whatever bricks he had in his collection, and augmented them with cups of red bricks from his local LEGO store. 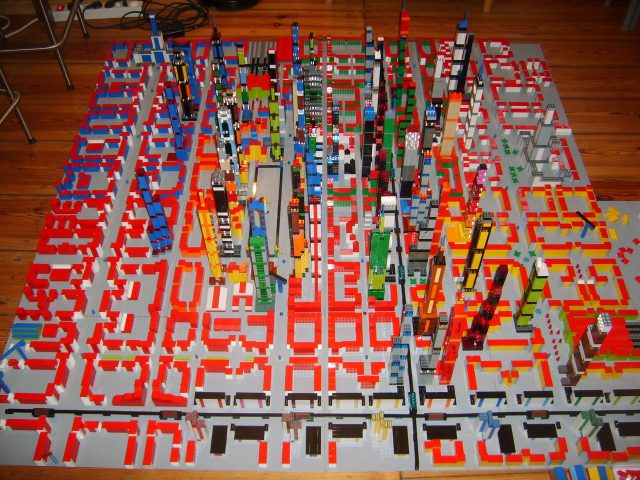 These days, he’s replaced the original buildings with more realistic colors, and the layout’s sheer scale allows Christophe to fill the photos from edge to edge with the tiny city, giving the impression of viewing the city from the window of a LEGO airplane circling above. The heavily populated downtown pulls inspiration from famous buildings all over the world, hiding architectural tributes to such varied sources as New York’s Empire State Building or Warsaw’s Palace of Culture and Science. 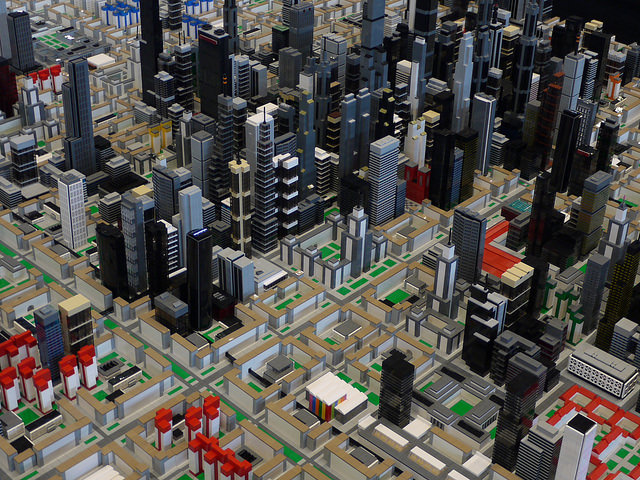 Each individual building isn’t heavily detailed, as Christophe’s chosen scale of 1:1000 condenses architectural details down to just the broad strokes. However, when viewed in the context of the city as a whole, surrounded by hundreds of other similar buildings, the immediate impression is one of striking realism. 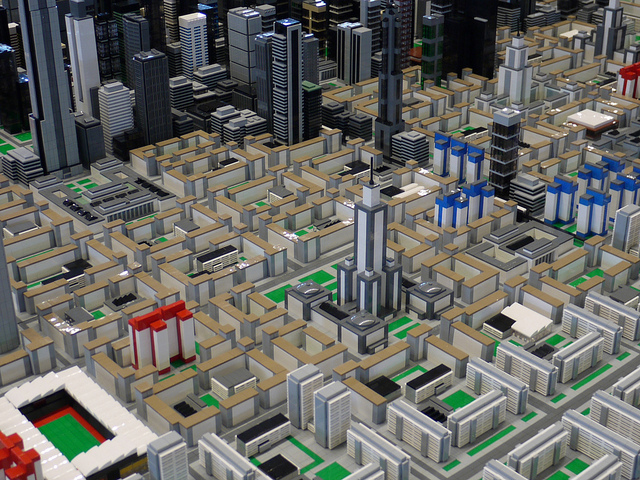 There is a method to it all, though. Christophe dabbles as a city planner, and each building, including the hundreds of small apartment squares, has a designated purpose, from kindergartens to shopping malls. There’s even an airport. 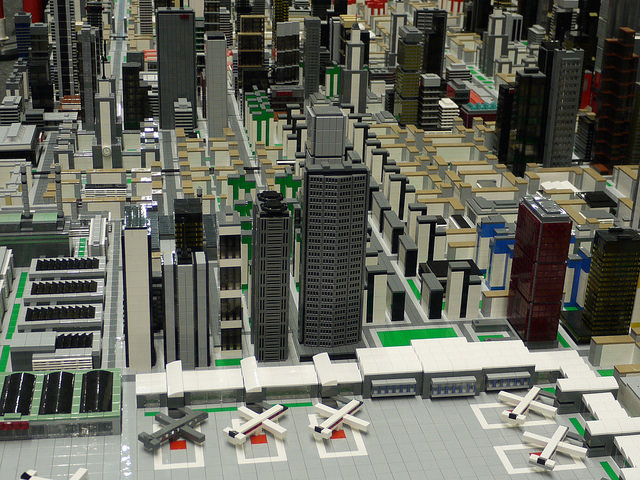 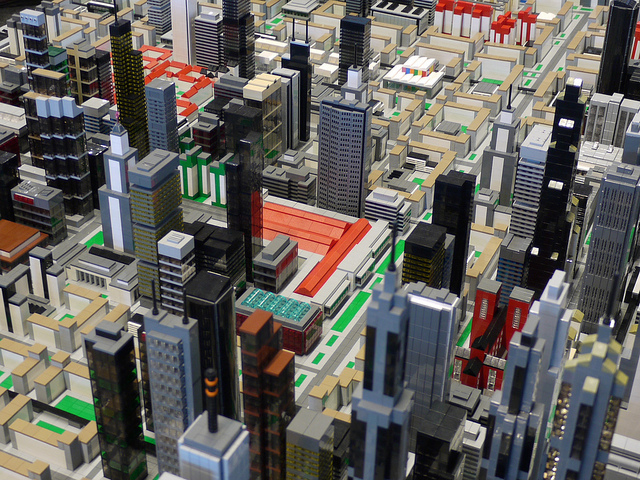 For a sense of scale, here’s a shot that Christophe took when he assembled the model outside — the only place with enough room to get a photo far enough back to show it all. This is the model as it was in 2016, before Christophe laid down tiles for the roads, along with a host of other details. 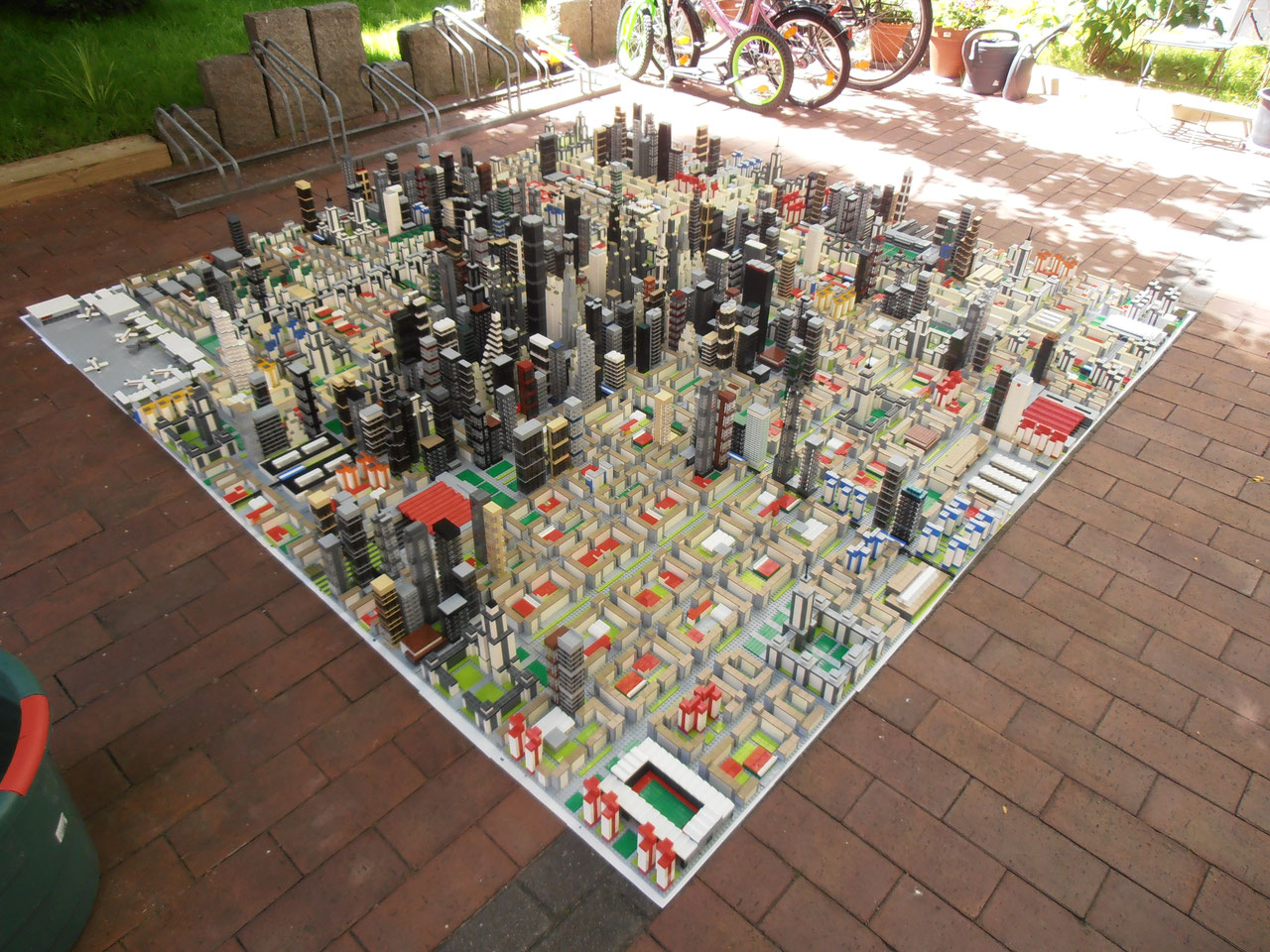 You can read more about Microville at Christophe’s French-language website.