We’re going far away from civilization into the cold reaches of space with this LEGO ship by Chris Perron. But it’s not for fame or glory — no, this ship has a more noble goal: to research! Even Chris admits he’s not quite sure what it’s researching, but one thing is clear: it looks awesome outfitted with highly scientific doodads and whatsits. And there are lots of interesting techniques, from the mix of struts holding up the large side-mounted instruments to the cheese slopes crammed into the front of the ship’s long probe. 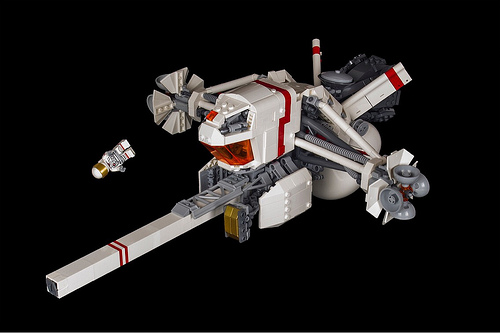 The one thing that worries me, though, is that the ship doesn’t look big enough for an airlock, which might be bad news for the astroscientist doing an EVA.