Welcome to Day 6 of our LEGO Advent Calendar countdown. Each day, we’ll reveal the three mini-builds from the LEGO Star Wars, LEGO Friends, and LEGO City 2018 advent calendars along with commentary from The Brothers Brick team. 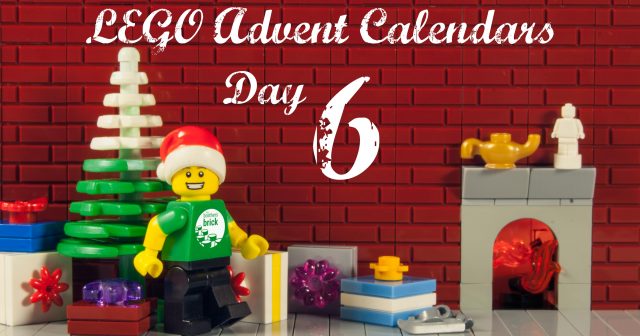 For Day 6, we have a micro-Cloud City from Star Wars, a stocking ornament from Friends, and a snowman from City. 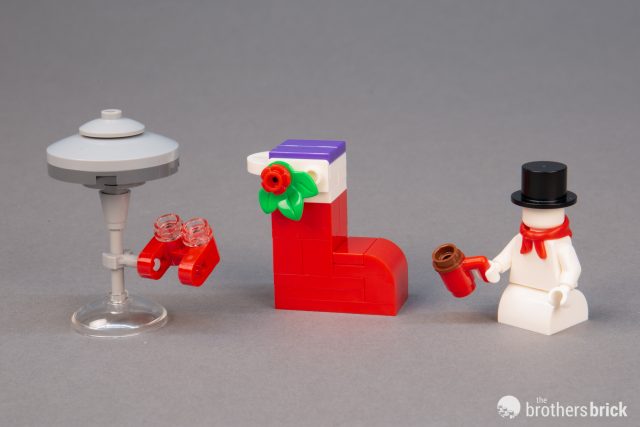 Dave: Today, every calendar shines! The mini Cloud City, though not as detailed and the newly released 75222 Betrayal at Cloud City set, is entirely charming and wins for best part usage for the red dual pod cloud car. The Friends stocking ornament is well-shaped and colored, and finally, City gets a snowman sipping hot chocolate that is for once recognizable as a snowman (though the upside-down brown stud falls out of the mug–I really wish the mug element had a connection there like the tall clear goblets do).

Rod: The cloud car is awesome. I’m totally stealing that for a micro Star Wars scene.

Daniel: Star Wars is killing it! That Coud City is so cute!

Andrew:  This tiny Cloud City is one of my all-time favorite Star Wars Advent Calendar builds. The stocking and snowman are certainly lovely, but the twin-pod cloud car might be the best three-piece LEGO vehicle that LEGO has ever designed.

Chris: I’m not going to lie, I kind of want to buy another copy of this Advent Calendar just for the Cloud City model. But wait, I have all the parts so I think I’ll just make my own. I’m absolutely loving that twin-pod cloud car made of just three elements. The stocking is solid (albeit blocky) but the snowman is creepy. He looks more like a faceless snow golem rising from the winter chill than a happy snowman.

Bre: With the number of snowmen that have been made over the years, you would think LEGO would have made at least one printed face by now…

Edwinder:  LEGO needs to make a proper snowman minifigure already! I assure you it’s gonna be a hit. The other two builds are decent with a stocking and Cloud City–both fine addition to today’s reveal.