When it comes to 1950s cars, the 1957 Chevrolet Bel Air is especially popular. Plenty of LEGO fans have made examples of this classic car, but few come with a personal story. Builder 1saac W. decided to build the 1957 Bel Air that his girlfriend’s father has owned since high school. The real car is being restored, so 1saac W. decided to build the car in its current state. By his own account, this is why his LEGO car lacks whitewall tires. The minfigure-scale Chevy looks superb, with curves in all the right places and some intricate-looking geometry forming the fins. 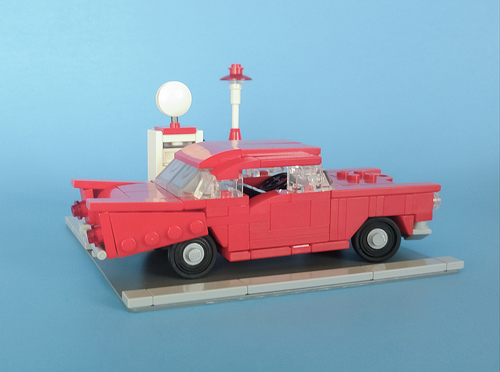 The gas pump makes for a nice prop and was inspired by an example built by Norton74. Finishing off the car is the grille’s beaming “smile.” 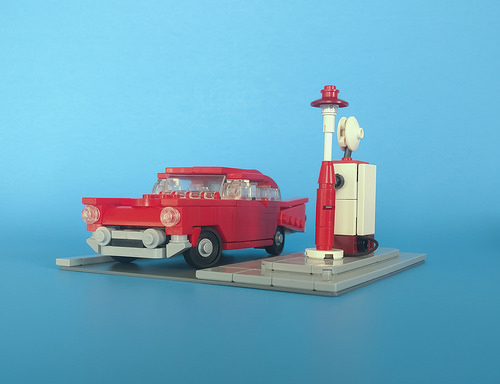