We see many grand castles and medieval scenes built out of LEGO all over the internet, but sometimes it is the little gems that make you go “wow!” Today’s “wow” is alego alego‘s microscale castle series, which focus on interesting parts usages. 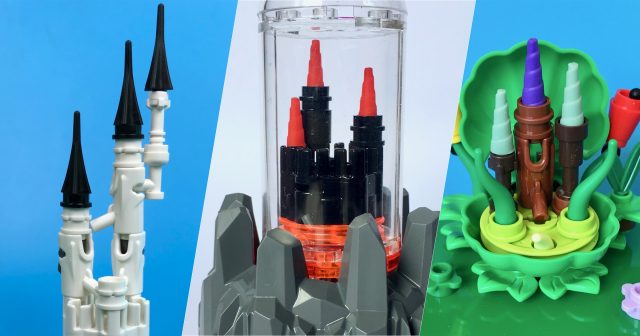 We’ll start with the sea castle, as well as some of his other microscale castle creations  The latest build is particularly neat, using stud shooters as towers connected by tiny staircases. My favourite part is that the shooters have the triggers inserted, so technically, one could shoot the tops off the towers! 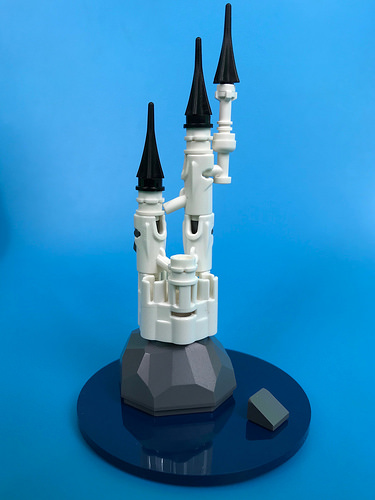 The next castle also uses shooting action bricks, combined with some beautiful printed parts, capturing a winter wonderland in only a handful of pieces. 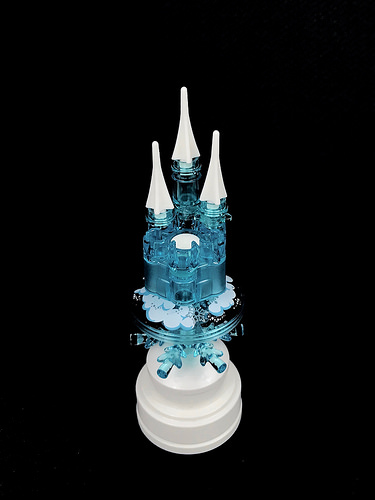 Another completely different style of fantasy castle is this Elves-themed one, filled with natural details like leaves and flowers. 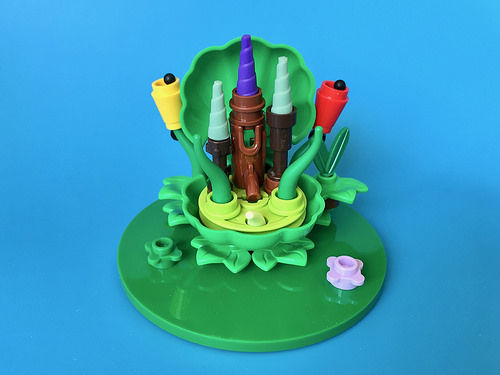 And to conclude, let’s take a look at the builder’s two castles in jars. The first is a heavenly and bright castle, making great use of minifig jetpacks for most of the walls and towers. 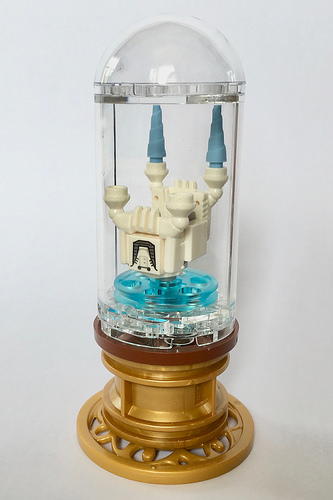 The second castle in a jar uses a Nexo Knights wheel piece as a rocky base and really sets an intense demonic atmosphere with contrasting black, red, and translucent orange in the castle itself. 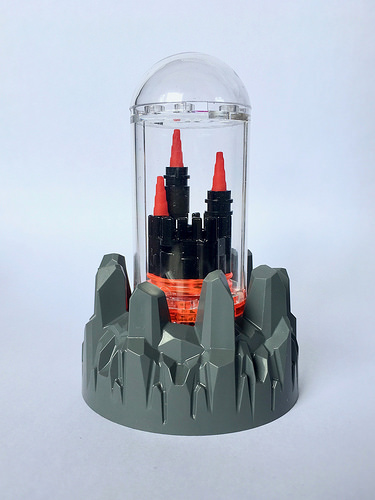 And be sure to check out some of TBB-regular alego alego’s other amazing microscale castles that we’ve highlighted recently, such as Soaring Towers, Fairy Tale Castle, or the Transylvanian Castle.