James says that his Corsair has working control surfaces, such as flaps and ailerons. 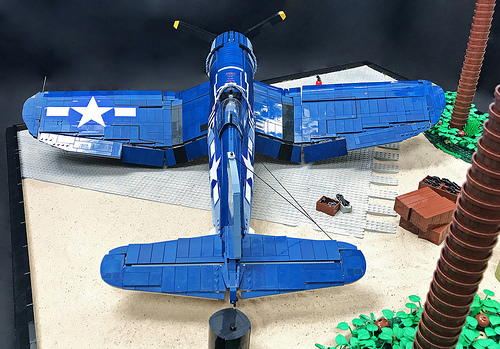 The plane uses a custom canopy, as well as numerous custom decals that show the Corsair as it would have appeared as part of the VF-17 “Jolly Rogers” US Navy fighter squadron in February 1944 at Ondonga Airfield in the Solomon Islands, piloted by Lt. Daniel G. Cunningham. 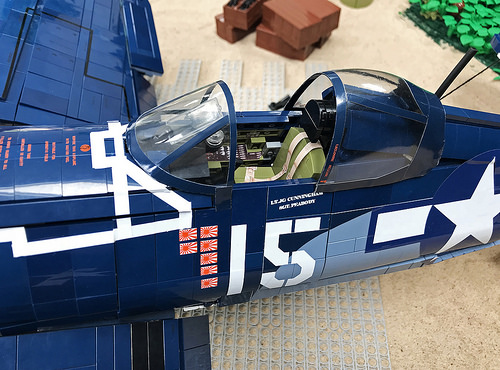 One of the reasons I love the US Navy color scheme used during World War II is the way it includes several different colors to make the planes blend in better while dogfighting in the skies over an ocean. The rounded engine cowling shows how James has recreated the color scheme with dark blue, light blue, and white. 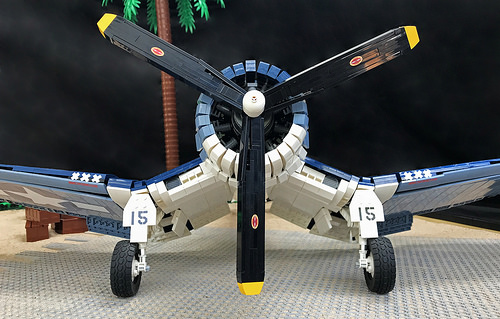 Let’s take one final look at this beautiful aircraft as it roars off into the sunset. 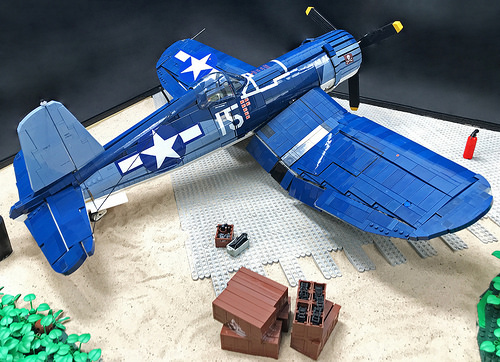