Hard science fiction spaceships often conform to a few venerable aesthetics, key among them a predominance of NASA-like white. However, in LEGO builder halfbeak‘s timeline, a group of disgruntled astronauts have broken ties with NASA and formed their own space agency, so it makes sense they’ve inverted the usual colors. This marvelously gangly spacecraft is powered by antimatter, which it captures in huge nets. 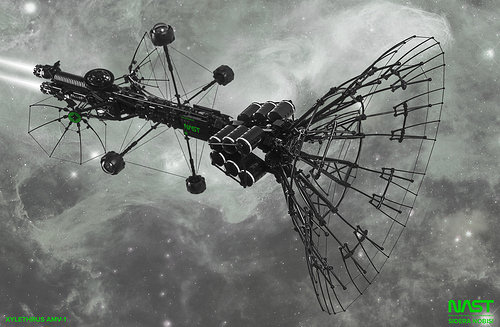 It’s rare that a spaceship can rival a sailing ship for rigging, but the wiry electromagnetic nets surrounding the vessel are a truly fantastic bit of LEGO engineering, painstakingly pieced together with string and a variety of thin LEGO elements, such as fishing rods. The repetitious use of LEGO radar dishes throughout the craft brings a unifying motif, and they make for an especially interesting texture along the ribbed twin prongs on the front. 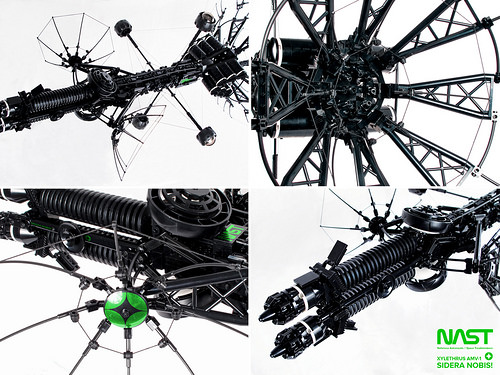 1 comment on “The spindly threads of humanity among the stars”