Riley Scott fancies himself the “Tony Stark of LEGO”. However, his latest creation positions him to take the title of Dwarf King currently held by the lonely Eitri. 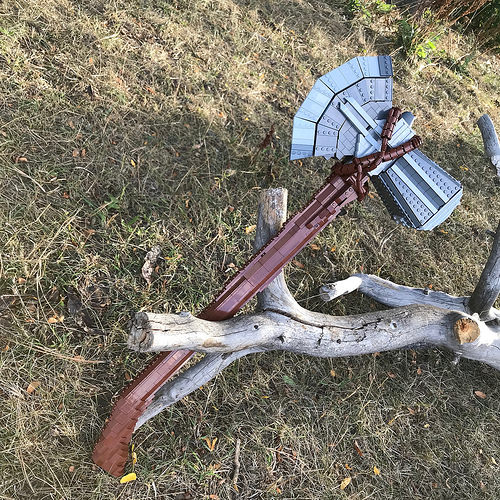 I think we’re past the point of spoiler warnings with Avengers: Infinity War already in its home video phase, so I’m just going to jump right into how perfectly this model recreates Stormbreaker after its unique birth. In the movie, the freshly-cast hammer and axe sections fall out of the mold, and with both Thor and Eitri unable to help complete the weapon angsty teen Groot finally jumps into action by grabbing the separate pieces and intertwining them with wooden tendrils. Compare the LEGO model to its completed appearance in Infinity War below: the contrast of the metal look against the more organic stacked round LEGO bricks and plates is stellar. 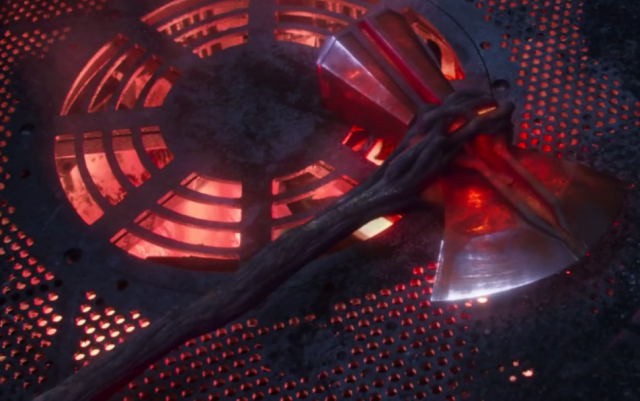 One more shot of the strongest weapon in Asgardian history, one we saw deal some major damage to Thanos in the climax of the film. Sadly, Thor should have gone for his head. 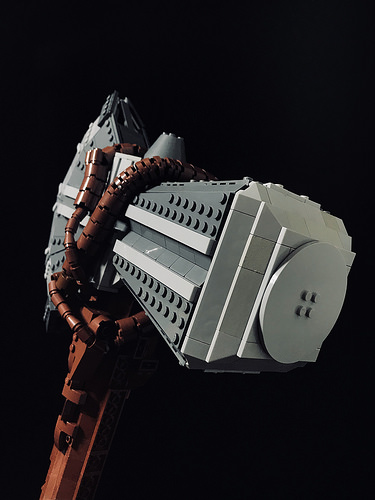