Although I’m up to date with all the movies in DC’s cinematic “Extended Universe” it’s not the part of their media empire I’m most familiar with. Instead, I get to blame my kids for every episode of Cartoon Network’s “Teen Titans GO!” that I’ve had to suffer through (and then eventually succumb to). It is unapologetic in its juvenile humor and will break down your will to resist and then begins to hammer home with clever gags, running jokes, and surprise DC comic character cameos.

Which brings me to this humongous LEGO scene from builder Living Rave in Canada. The cacophony of the show is perfectly encapsulated in this diorama that features the iconic Titans Tower just offshore from Jump City, which is appropriately under attack from every direction. 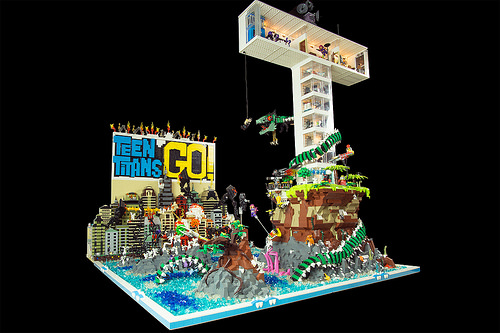 The elaborate build is enhanced with the addition of official characters thanks to the waves of minifigures released with LEGO Dimensions and the LEGO Batman Movie Collectible Minifigures series. I also love the giant brick-built TTG logo in the background. There’s even a brick-built version of their strongest enemy, the demonic Trigon, who also happens to be heroine Raven’s father. 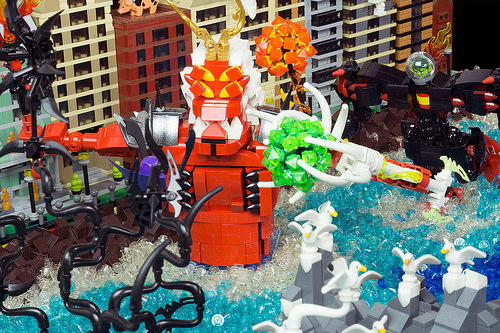