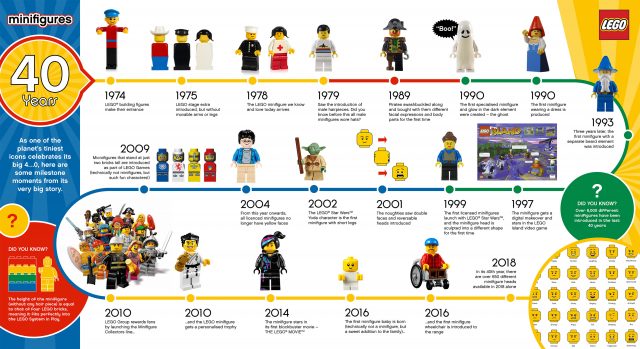 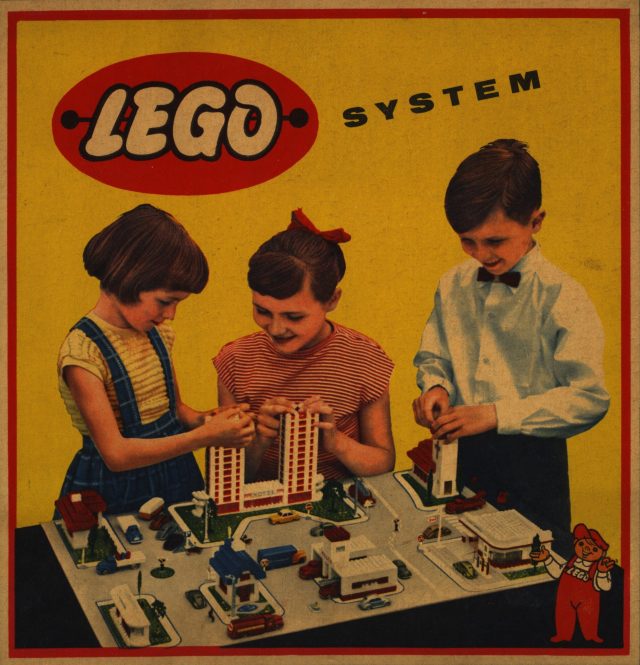 In 1958, LEGO revolutionized its building system by patenting the interlocking stud and tube design we are all familiar with today. This design strengthened the clutch of the bricks, which in turn allowed for the design of building figures from basic bricks. Such figures came into prominence by the 1960s in the form of a handful of sets and characters featured in idea books. Due to the limitations of the system back then, these brick-built figures did not have any moving parts or facial features. 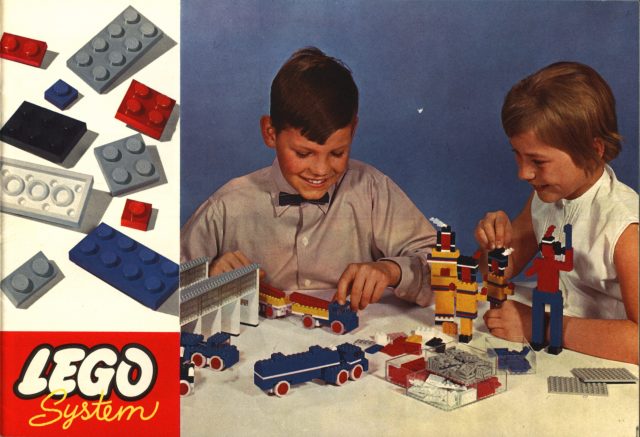 To overcome these limitations, the LEGO Group introduced a new type of building figure in 1974, which fans have come to know as the maxifigure. While basic bricks and plates made up the bulk of the figure’s body, the LEGO Group introduced movable heads and hinged arms. The heads were designed to be more representative of the human form and included printed faces and special hat & hair elements. Maxifigures gave birth to the short-lived Homemaker theme, with the final such set being released in 1982. 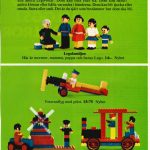 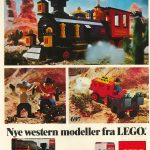 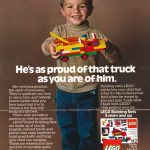 The maxifigure’s large size proved problematic, often looking out of place with standard system sets; LEGO’s trains were far too small to accommodate such giant passengers. To breathe life into its smaller scale sets, LEGO released the stage extra figure in 1975. Stage extras were made of static leg and torso elements to create a human-like profile. While these pieces were later abandoned, other design cues were carried over into the modern minifigure, such as the rounded head and interchangeable headgear and hair elements. (However, stage extra heads remained unprinted). 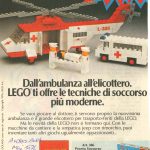 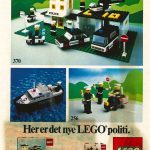 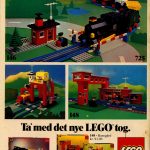 Making sense with the minifigure:

While stage extras were a step in the right direction, they were lacking in character. Fortunately, it didn’t take LEGO designers very long to come up with an alternative. In 1978, the LEGO Group patented the modern minfigure, complete with moving legs, arms, and heads with the iconic printed smiley face. A few would even be used as babies in sets with maxifigures. However, LEGO’s lovable little people quickly became the stars of the show and drove the development of play themes that would take them around town, send them to space, and pit them head-to-head on medieval battlefields. 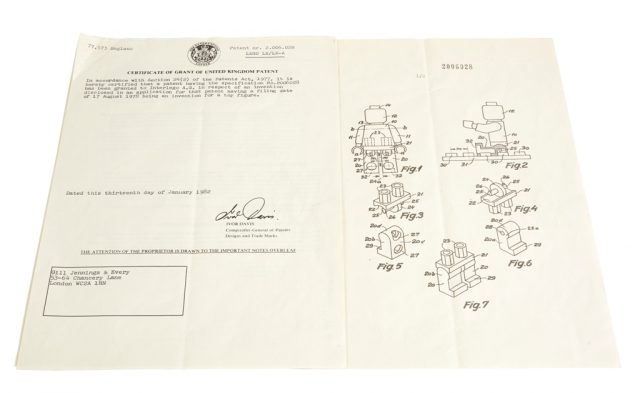 Throughout these past forty years, the minifigure has come a long way, with the original collection of 20 different characters having grown to exceed 8,000! Standard smileys gave way to a multitude of printed faces, first pioneered by LEGO Pirates in 1989. Licensed film characters first appeared in 1999 with Star Wars, and flesh-colored figures introduced in 2004 became the gold standard for licensed themes. Skeletons first appeared in 1995, and a skeleton from the 2011 Pirates of the Caribbean theme introduced us to the first minifigures to use dual-molded plastic for details in place of printing. No matter what form they take, the LEGO Group reminds us that the beauty of the minifigure is in how “…they let children create and be anything they want.” We couldn’t agree more. 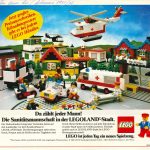 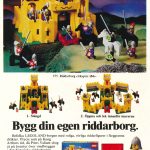 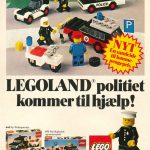 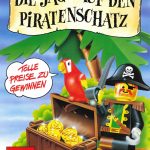 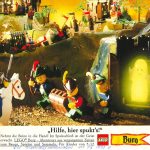 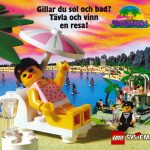 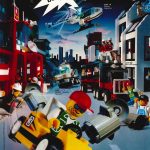 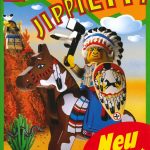 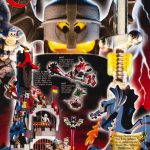 Behind the success of the modern minifigure was a lot of hard work. Designers went through many prototypes before they came to choose the one we all know and love today. Thanks to the LEGO Group and a newly released trove of images, we are able to give you an exciting look into how the minifigure came to be. We at the Brothers Brick want to wish the minifigure a very happy 40th birthday. Here’s to 40 more! 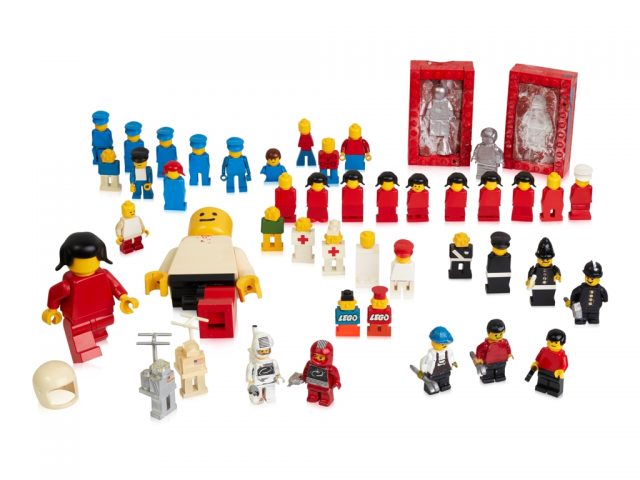 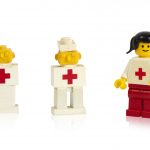 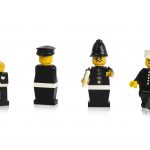 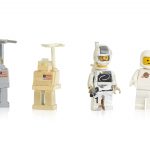 All images courtesy of The LEGO Company, with the exception of the System of Play Town Plan and Pre-1974 Brick-built Figures images, which are sourced from Matt Hocker’s personal collection.

2 comments on “The minifigure turns 40: a colorful history of LEGO’s most beloved characters”