CD PROJEKT RED’s upcoming RPG Cyberpunk 2077 is one of my most anticipated video games. I carefully examined the screenshots revealed on the official site and found a good close-up of one of the handguns in the game. It was clear and showed all the details I needed to make a LEGO replica of it, so I created my build of the Militech 9mm Pistol to show my excitement for Cyberpunk 2077. 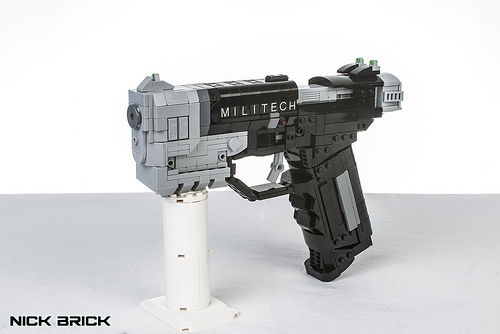 The LEGO Militech 9mm Pistol features a moving trigger, removable magazine, and sliding bolt. These functions are demonstrated in this video, which also compares the LEGO pistol to the reference screenshots I used to build it.