The shining white utopian future — so popular with the science fiction writers and illustrators of the 1960s — may well have gone out of fashion, but this hasn’t stopped builder Klaus exploring the theme. Built in microscale, his series of architectural models of a future metropolis use predominately standard bricks, similar to those found in 21050 Studio set, in smart repetitive sequences. The bustling administration complex adds stacked mudguard elements to build its towers, whilst a cigarillo shaped blimp circles overhead. 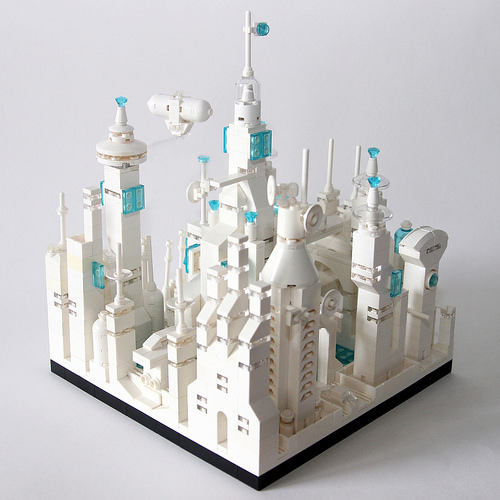 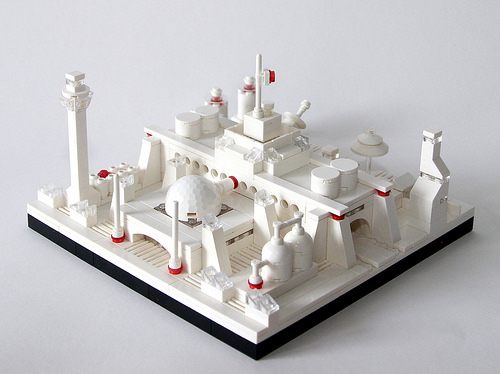 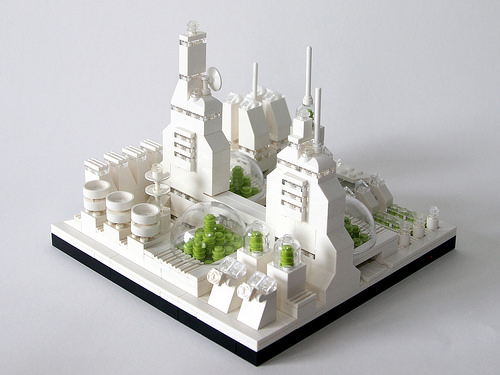 These and the other components of Klaus’s metropolis bring to mind that special kind of contemporary nostalgia, nostalgia for a future that never was.