The Marvel Cinematic Universe has given us some epic spectacles in recent years, with the battle of Sokovia from The Avengers: Age of Ultron being one of the biggest. Inevitably it would take a team of super-talented builders to replicate the movie’s centre piece in LEGO form; step forward SaltyLUG who amazingly have achieved just this. 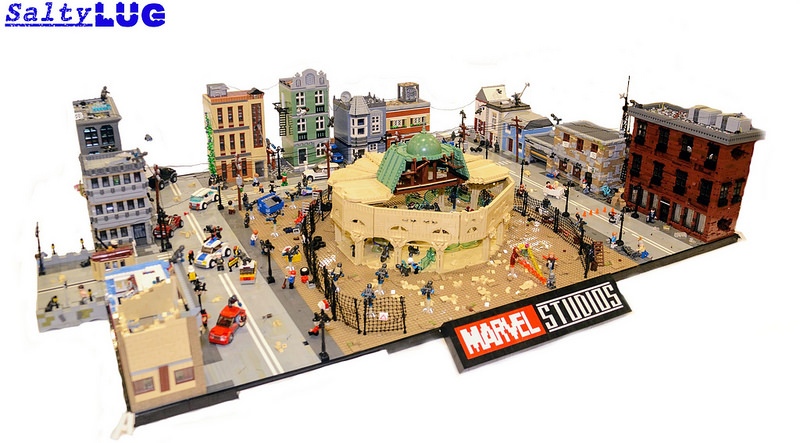 Displayed at Brickfair Virginia, this sprawling scene captures the key scenes from the battle in a single diorama. Amongst the exquisitely built streets mayhem’s breaking out everywhere. Look closely at the front of the church and you’ll find Thor, Vision and Iron Man confronting Ultron. Elsewhere Utron’s army causes havoc amongst the general populace. Inside the Novi Grad church the rest of the Avengers prevent further sentries from reaching and deactivating the repulsors keeping the chunk of Sokovia afloat. 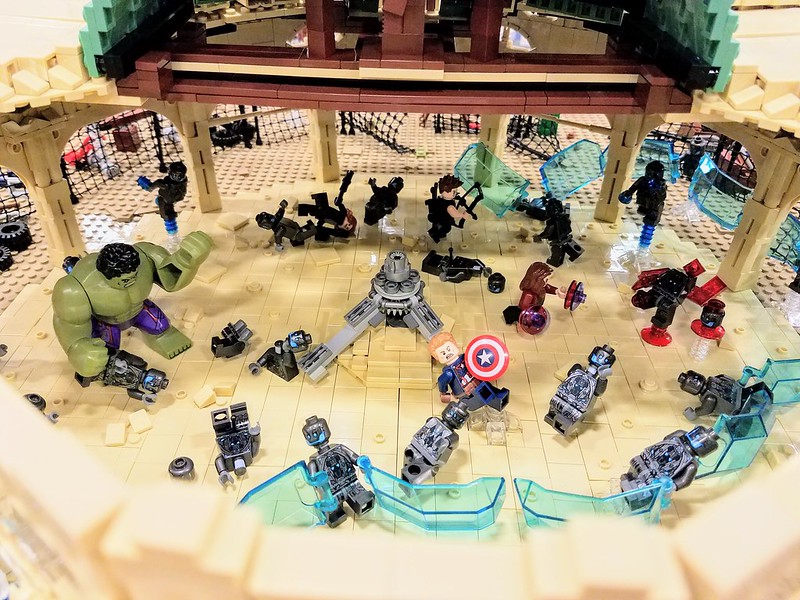 There are many more details and several Easter eggs to find if you look close enough. The group have also recorded the development of the project on NS Brick Designs’ blog.