Every good hero needs a villain, and this is even more true for mecha. Marco De Bon has built many mecha over the years, many of which we’ve featured on the Brothers Brick, including the Midnight Ranger, whose nemesis we see here, called the Renegade. 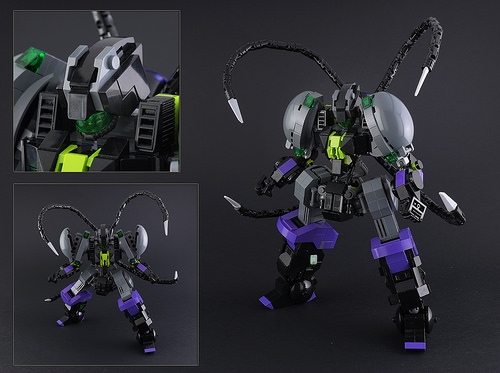 While it has all the bread and butter of mecha like chunky armored legs and rocket betteries in his shoulders, there is so much more to see. First thing that you might notice is the tentacle arms emerging from its back and the lime green area on the chest, which is just as likely to be an air intake or a death laser. My favourite part is its waist though – maybe it is my personal affinity for hoses, but the skeleton construction is just awesome. 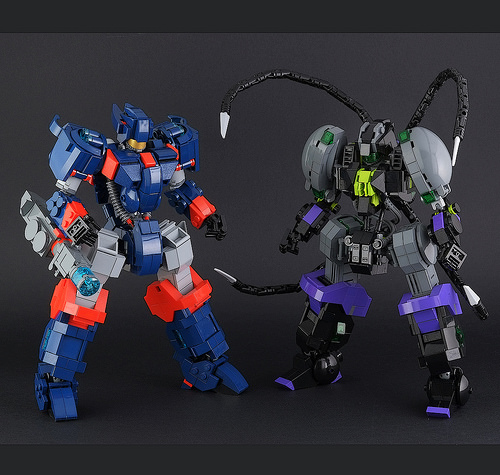 The overall appearances of the mecha differ a lot at first glance, but the more you look at them, the more details match. The blocky legs are very alike and the minifig fireman breathing mask used as the face is a great little detail on both mecha. In addition, skeleton waist and bulky shoulders bring the two together as similar, yet completely different.