We’ve seen a multitude of characters built by YOS Bricks in BrickHeadz form and otherwise, inspired by everything from Disney movies like Wreck it Ralph to Blizzard games. A strange mix indeed, and the collection of Blizzard Brickheadz has been flying under the radar so far. But now, with the addition of the Prime Evil Diablo from Diablo III and his host Leah, it is about time Yos Bricks’ “BlizzHeadz” get some recognition! 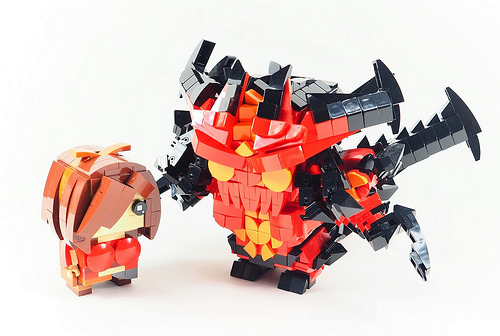 YOS Bricks takes the popular theme of Brickheadz to its limits and further with his builds, and the builder has declared that the Diablo figure in particular was the hardest so far. It is very complex while still keeping the basic BrickHeadz look. The ribbed horns are captured really well with the use of hinge bricks and 1×2 plates with door rail. Other characteristics like the iconic forehead and patterns on the demon’s body are also captured perfectly. The addition of Leah in the picture adds a bit of a sad tone to those more familiar with the story.

The builder has also created all seven character classes of Diablo 3, instantly recognizable to anyone who has even passing knowledge of the game. They are all so perfectly done I can’t even pick a favourite, but the sorceress, second from the left, has the best colours and techniques purely from a LEGO building perspective.

As a big fan of Diablo 2 myself, I just love this picture of the seven classes from the aforementioned game standing around the iconic campfire from the character creation screen, where the adventure begins. Having more experience and investment in the game, it is easy for me to pick my favourites here: The rightmost two, druid and sorceress, as well as the leftmost one, the amazon. And which are your favourites? 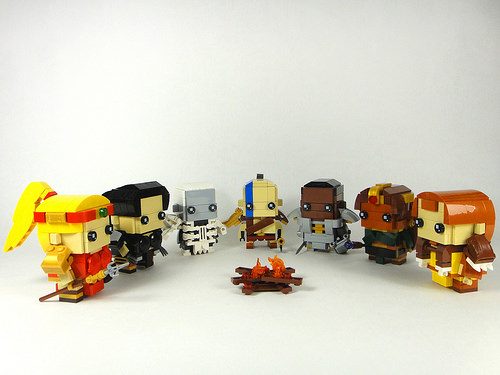