Disney’s Donald Duck first graced the silver screen back in 1934, and he looks pretty good for being 84 years old! Donald’s claim to fame is his really short temper, but he is also known for cruising down the streets in his small curvy red car. Oliver Becker decided to build this car for his Donald minifigure, and the two look practically made for each other. In particular, Oliver’s model does a great job of capturing the exaggerated curves of the animated car. 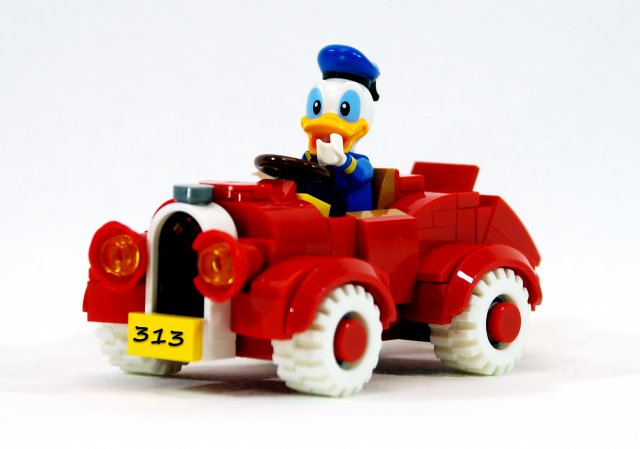 He has also packed a lot of detail into such a small space, including flared headlights, interior upholstery, and even the iconic rear rumble seat (also known as a dickey). The white tires feel authentic to the source material, and they were only ever available in a single Spongebob Squarepants set from 2008.