Group LEGO building projects are a great way to create something much more impressive than what an individual builder might accomplish, and this recent collaboration between a group of builders called The Brickstons and several friends from the LEGO club ALE is a great example. Considering that there were 14 builders involved, the scene is very well designed, with carefully laid out building standards and many unifying design elements helping everything fit together. This isn’t their first experience with large displays though, and we highlighted their 1930s Harlem display last month. 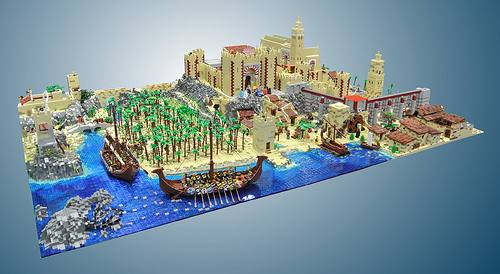 The diorama portrays a Viking raid on the coast of Spain in approximately the year 859, a real historic event. The villa shown here isn’t any specific port, but rather an amalgamation of what a typical village in the Umayyad Caliphate of Córdoba would have looked like at the time. 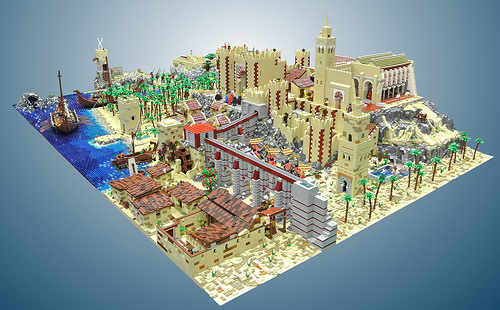 See all the amazing details in the images below.

The builders created a video showing off more details in the display, which was shown at a recent public LEGO event.

The Viking ships are loaded with fierce warriors, and feature 16 oars. 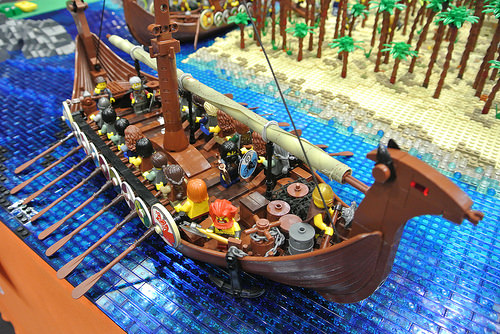 The Vikings disembark, ready to pillage and plunder. 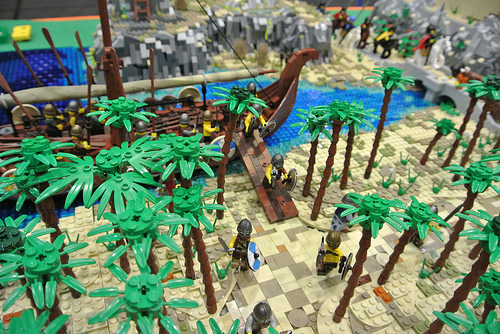 The town is not without defenders, however, as these soldiers ride out to meet the Vikings. 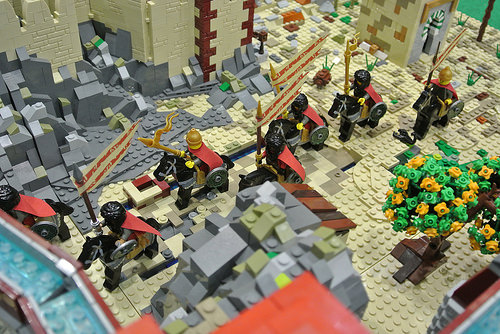 In addition, the town is dominated by a few large defensive structures that will surely help fend off the Vikings. 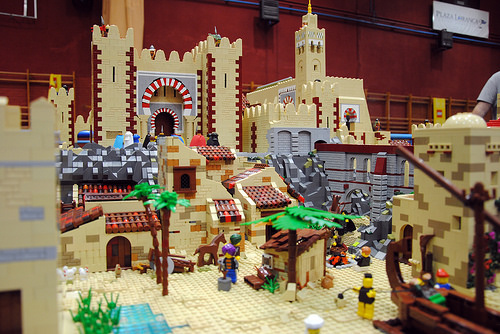 The castle may look simple at first glance, but it’s actually a labyrinth of carefully planned defenses for its soldiers, making it a formidable fortress. 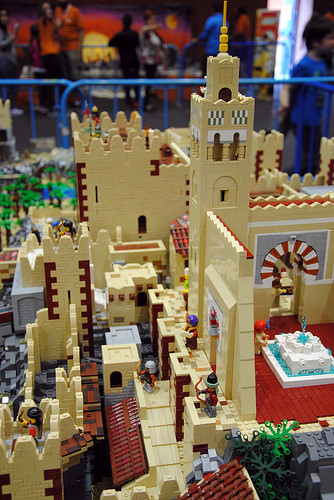 The fortified farmhouse on the edge of the palm grove will not make this an easy plunder for the invaders. 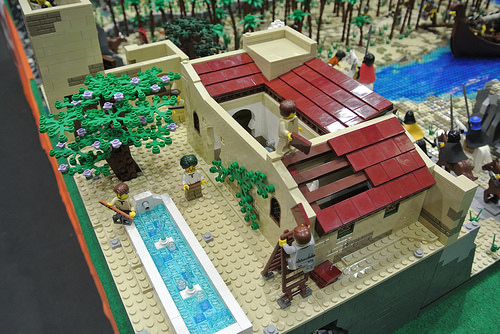 Among the many hidden details are a dungeon, an underground cistern, a watch tower with a Roman-style base, and even a sea monster. 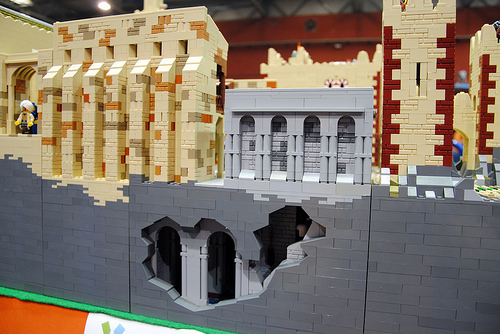 The village depicted is in a region which, at the time, was predominately Muslim, and that cultural influence is clear in many of the architectural details, like this water fountain featured in a quiet courtyard. 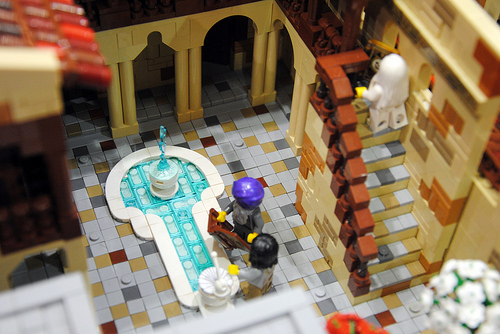 There is a thoughtful blend of Spanish architectural elements like the red tile roofs and Islamic-influenced arched doorways. 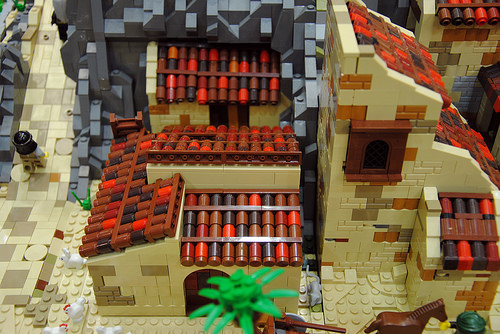 Another distinctive feature is the red and white striped arch detail, which is done at several scales to match the size of the arch, as seen here. 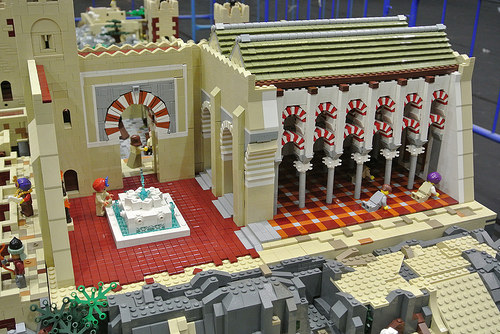 That motif carries throughout the model, such as this small courtyard. 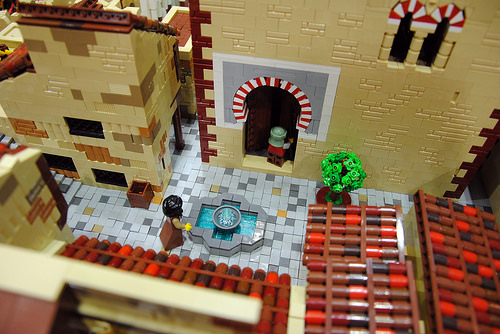 And what post-Roman Empire village would be complete without an aqueduct? 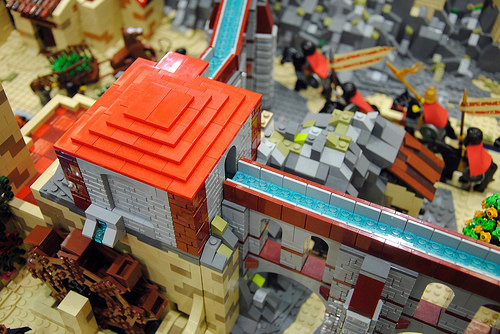 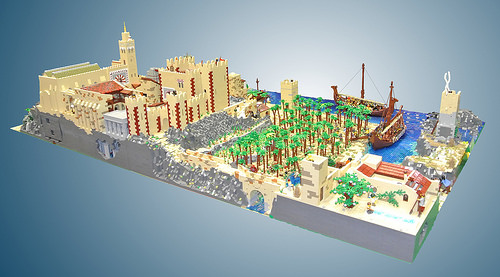