It’s always fun when we find builds that come with a little bit of a story. This scene, “Alliance Against the Invader,” by Jon Stead, is one of those builds. According to Jon, the year is 1178 and a medieval kingdom has been rocked by an object falling from the sky. A flaming saucer smashes into the forest and the alien invader it contains is ready to kill. Now it’s time for warring factions to come together to fight the beast and save the kingdom! 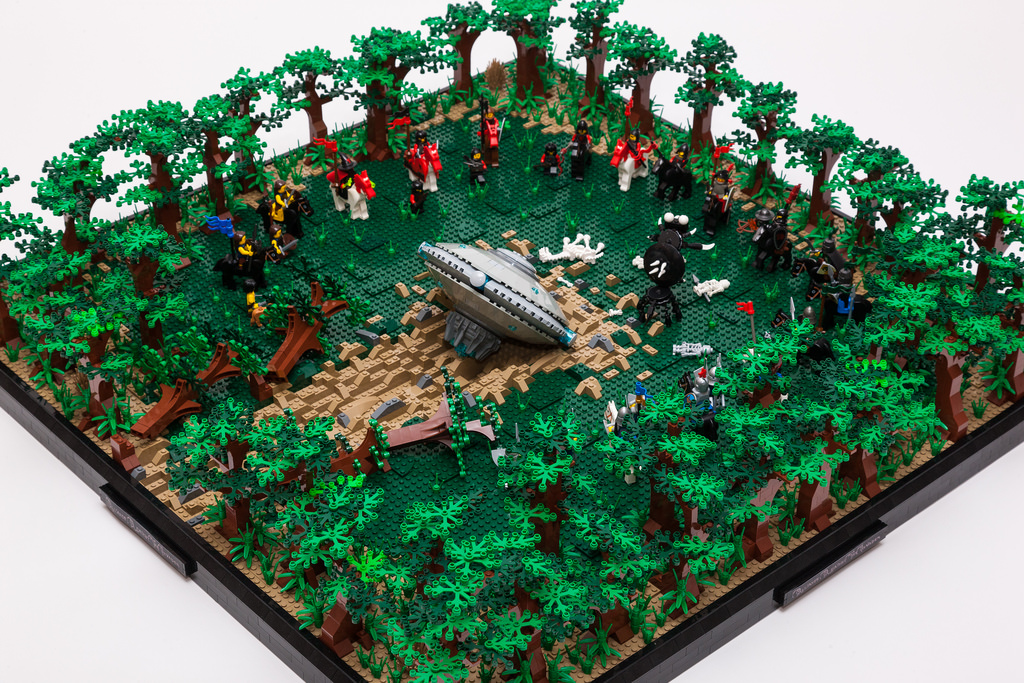 Soldiers surround the invader, ready to do battle. The creature,  inspired by the “bug” from the first Men in Black movie, already made quick work of a few of their comrades, and is ready for the challenge! 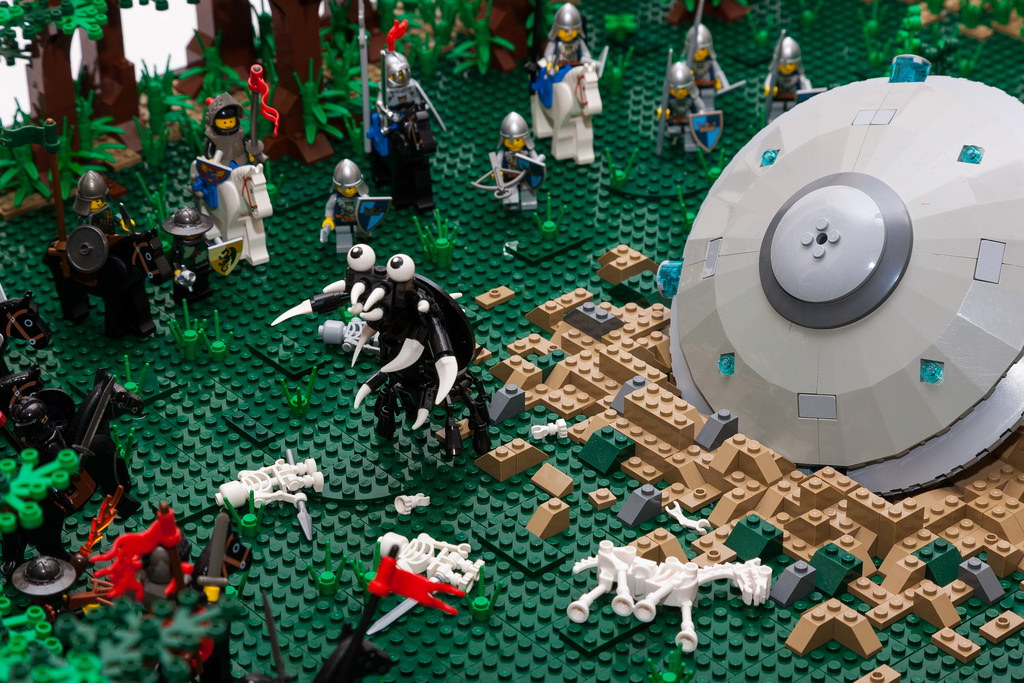 My favorite part of the build is the spaceship and the trail from the crash. I like how the trees are knocked down and the ground has been gouged out. I’m always impressed by blending in landscape work and giving things that realistic touch. My only wish is that there were more burning and blackened elements from this fiery crash. Still, this is a really fun build. 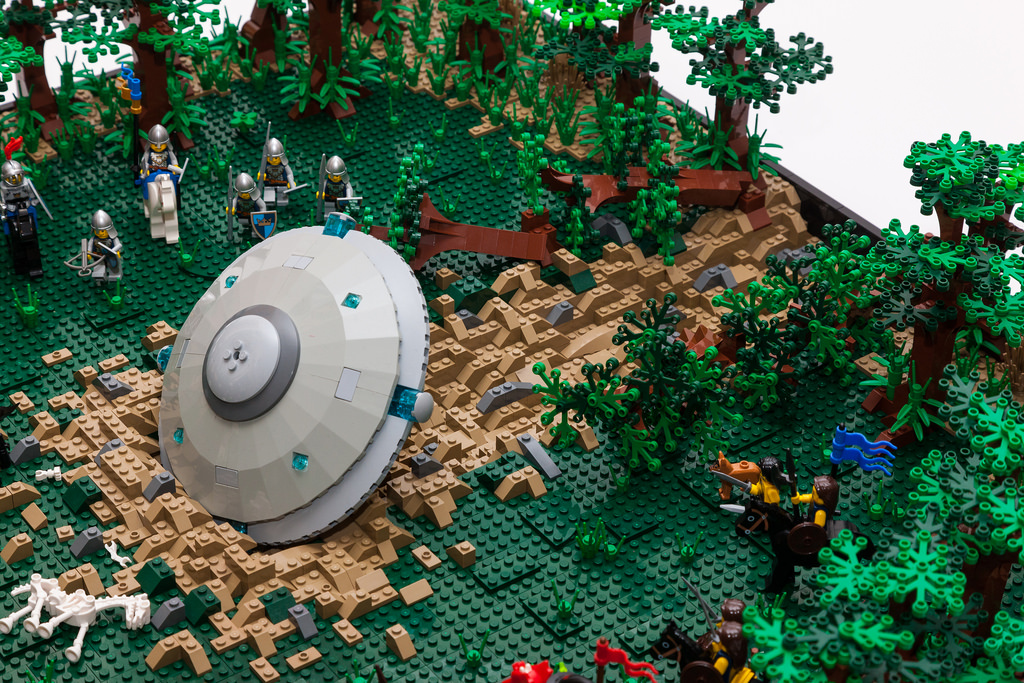