This months’ promotional set from the LEGO Shop is 40291 Creative Personalities, featuring the 19th-century Danish writer Hans Christian Andersen. The set takes the form of a storybook and includes 307 pieces with two minifigs and is available for free with all purchases over $99 from June 4th through the 20th (or until supplies run out). 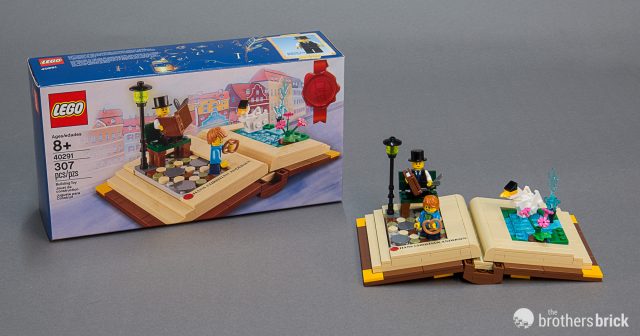 LEGO sent us a copy of the set ahead of its release, so let’s take a closer look.

The simple box (we have more photos of the box in the full gallery at the end of the article) includes four unnumbered bags, along with four 6×8 brown plates and the instruction booklet loose in the box. 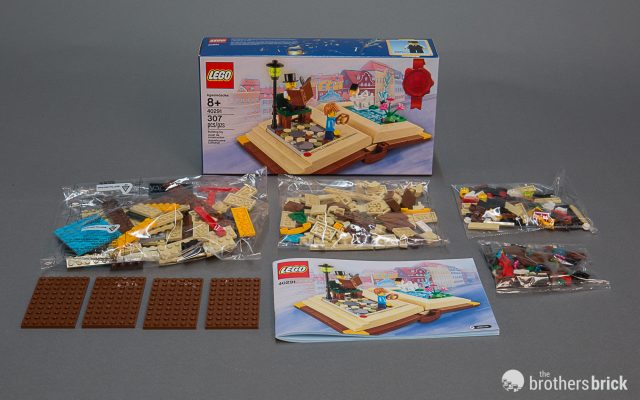 The instruction booklet is noteworthy in that it includes a number of models on the first couple of pages that illustrate various stories from the work of Hans Christian Andersen, spanning his life (1805-1875). What’s interesting is that these are not alternate models or sets available elsewhere — they’re mini-models similar in style to the main model, but there’s small text in the corner that proclaims “Models shown cannot be built with the included elements and are not separately available for sale.” 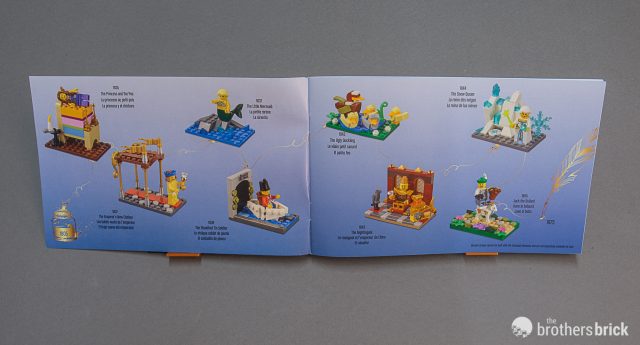 While the set doesn’t include any completely new molds, it does have quite a range of parts in natural colors from brown and tan to light orange and azure. 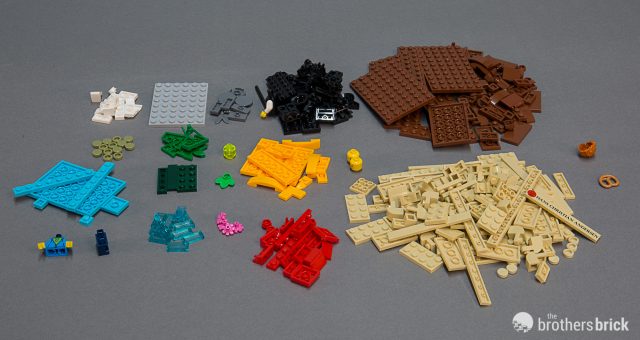 The build begins with the book’s spine, built from 1×4 rounded arches and various plates. Next, you build two identical sections for the book’s front and back covers, attached to the spine with clips. 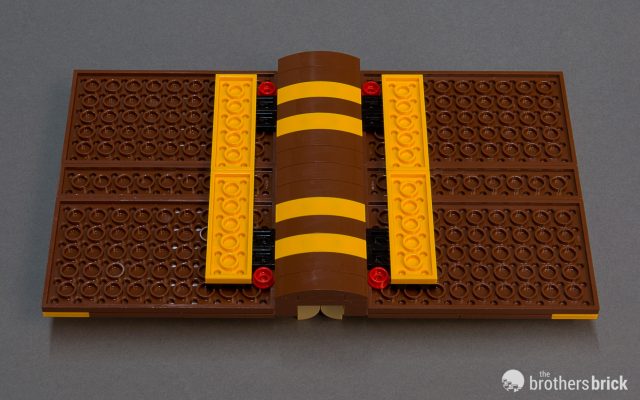 Pages are built from tan plates and tiles, leaving a space for the two scenes that drop in later. 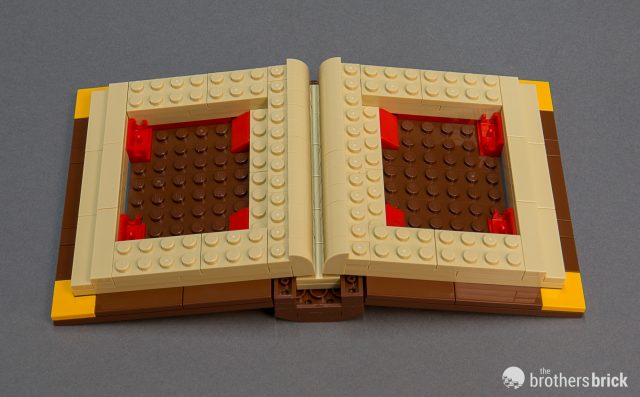 Each of the two scenes is built on a 6×8 plate, with 1×1 and 2×2 round tiles serving as cobblestones for the village scene and trans-blue tiles on an azure base for the pond. 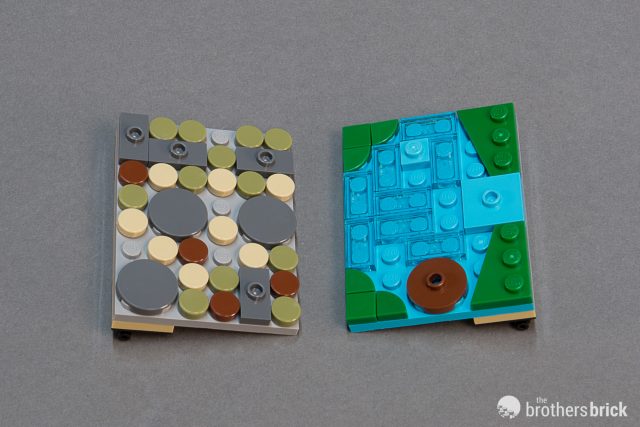 The scenes are attached to the book covers with hinges, allowing the scenes themselves to sit flat when the book lies open. More tan tiles partially cover the bases for the scenes. A brick-built swan with bits of foliage complete the swan scene and a park bench and lamp complete the village scene. 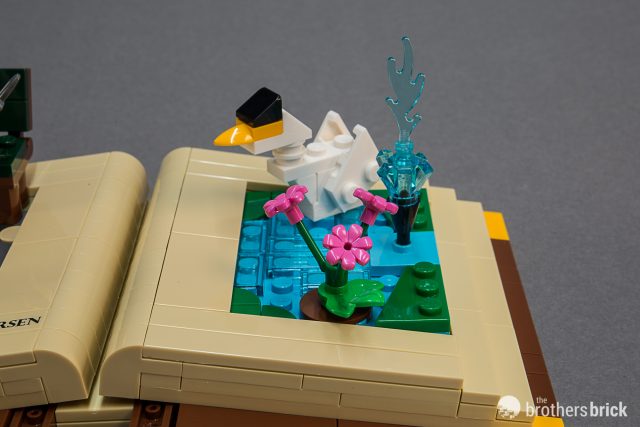 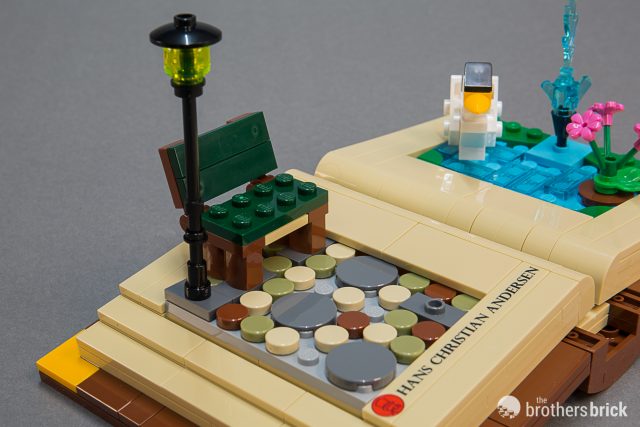 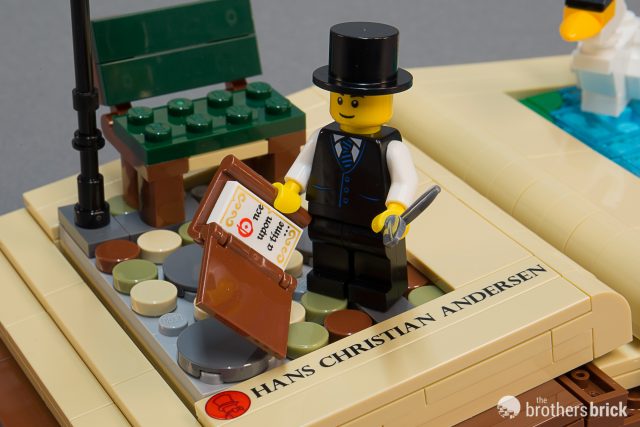 Sitting on a flat surface, the completed build looks like a pair of scenes in two frames, though the fact that it’s a book is evident from the stepped “pages” on either side and the curves in the center. However, it’s really the build process in which you build the covers and the pages that really reinforce this. And using white instead of tan might have made the finished model look more obviously like a book. But I like old books with faded pages, so that’s what I’m choosing to believe this is. 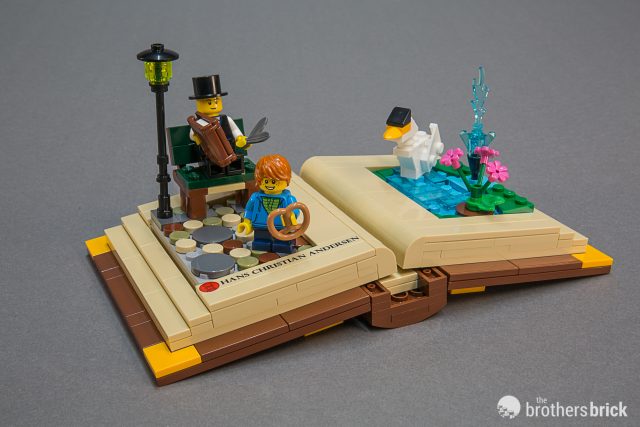 I have to admit that I’m not really a fan of the brick-built swan. Using more curved shapes like white minifigure hair and smaller curved arches for the neck would have resulted in a much more organic shape. As it is, the white swan is more than a little blocky.

The two minifigures don’t really include any new or unique parts, but this is normal for promotional sets. Nevertheless, accessories like the book and pretzel are welcome additions to any collection.

Excluding licensed themes like Star Wars and Marvel (usually polybag mini-models and minifigures), promotional sets often center on LEGO itself, like miniature LEGO retail stores and brick-built VIP cards. It’s interesting to see something completely different for these sets, and a book with two “pop-up” scenes is a welcome change. (Of course, it will be even more interesting to see how LEGO produces the forthcoming LEGO Ideas Pop-Up Book that actually folds open and closed.) 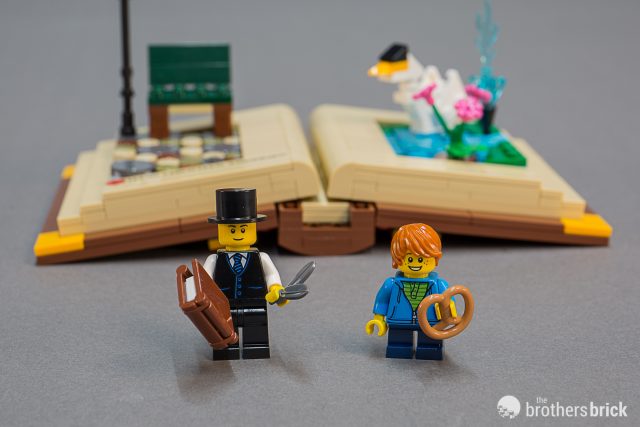 It’s a brief but fun build, despite some reservations about a few of the brick-built details (like the swan). A 307-piece set would often be sold for $30 or more, so getting all these parts in various natural colors, with some nice foliage elements and a couple unique printed elements, is quite a good deal for a $100 purchase. 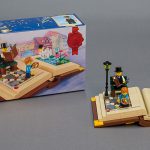 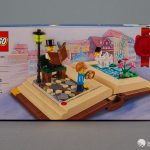 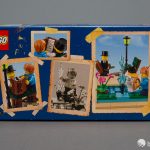 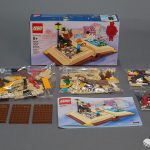 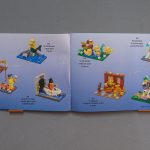 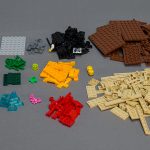 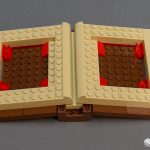 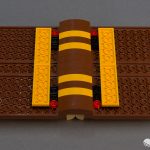 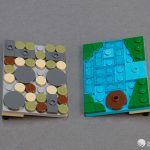 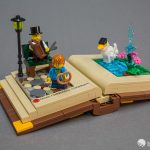 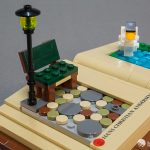 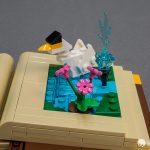 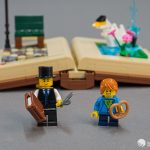 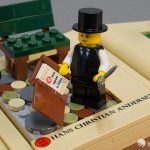