Thanks to Chris Elliot, the 1927 Csikós Bismuth Sport Coupé comes to life in LEGO-form! What’s that you’re saying? You’ve never heard of a car company called Csikós? There is a reason for that…It never existed! Now that we know Chris’ car was a work of fiction, how did he come to design and name it? Stylistically, Chris drew inspiration from a few real-life automobiles including including a prewar Bugatti (sharing a color scheme with the new LEGO Technic Bugatti Chiron. 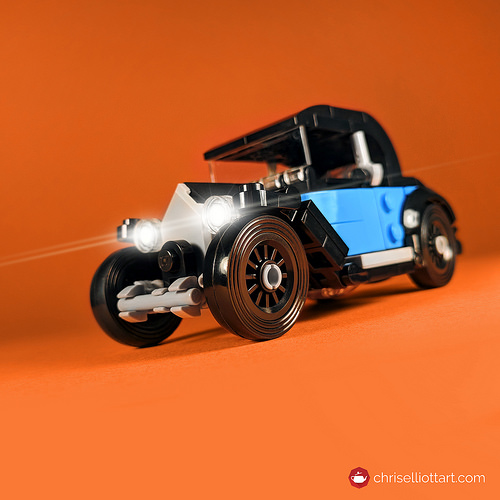 In naming the car, Chris turned to his Hungarian heritage and the language of his ancestors. As it turns out, Csikós is Hungarian for the country’s equivalent of the cowboy (and they’ve been around for much longer). Chris’ Csikós has exchanged horses for horsepower! 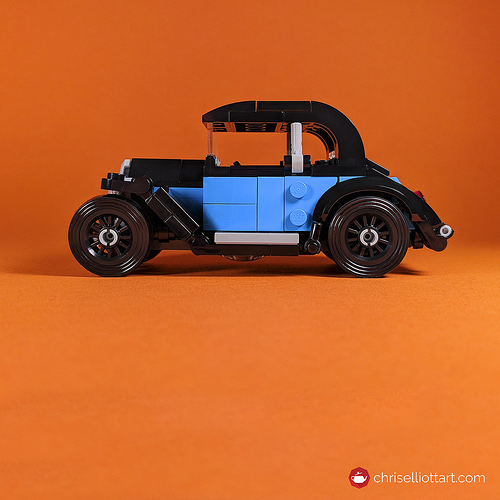 The build itself is a really great representation of a late 1920s automobile, packing the right amount of curves and angles into such a small package. This is not an easy task when modeling cars from this era! On a micro level, my favorite detail would have to be Chris’ use of the pentagonal 2×3 tile as the car’s radiator. I wouldn’t have thought of using this piece myself, but it works surprisingly well! 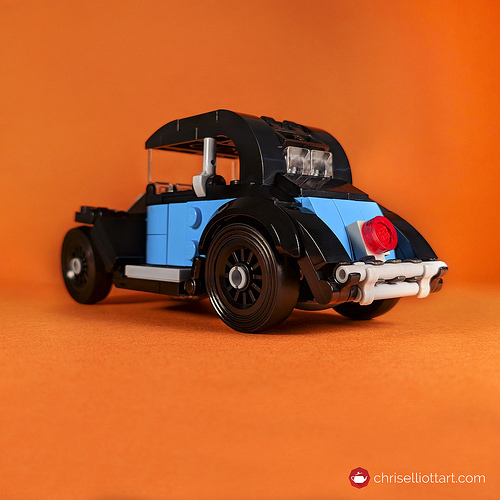