As rumors of future LEGO BrickHeadz characters swirl around on the Internet, LEGO builders still have the freedom to build their own designs free of influence from potential official versions. We’ve featured Tan Kok Mun excellent and adorable BrickHeadz Boba Fett previously, but we had to do a double-take when we saw this Darth Vader. 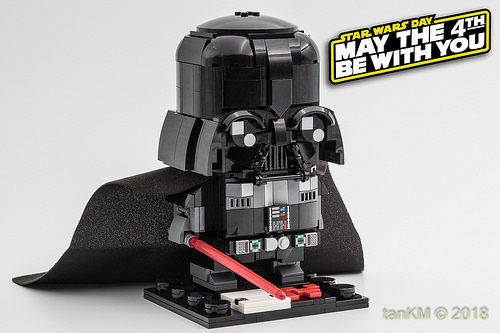 At first glance, this looks like a regular-sized LEGO BrickHeadz Dark Lord of the Sith, but if you look closer you’ll see that it’s double-sized — everything from the 1×1 printed eye tiles to the studs and number tile on the display stand are brick-built at 2x scale! The extra detail on Darth Vader’s mask gives this away as a larger-than-normal BrickHeadz. 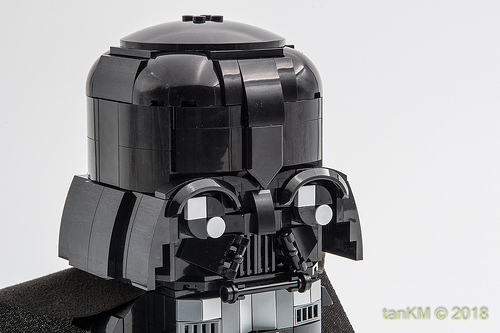