There is something mysterious about a build where you’re unable to immediately tell what inspired the builder to create such an enigmatic scene. It seems simple enough, but there’s always a hidden meaning. Even just the title of this build (“Vampires”) left me wondering and compelled me to reach out to the builder, WeNoGrayD to learn more. 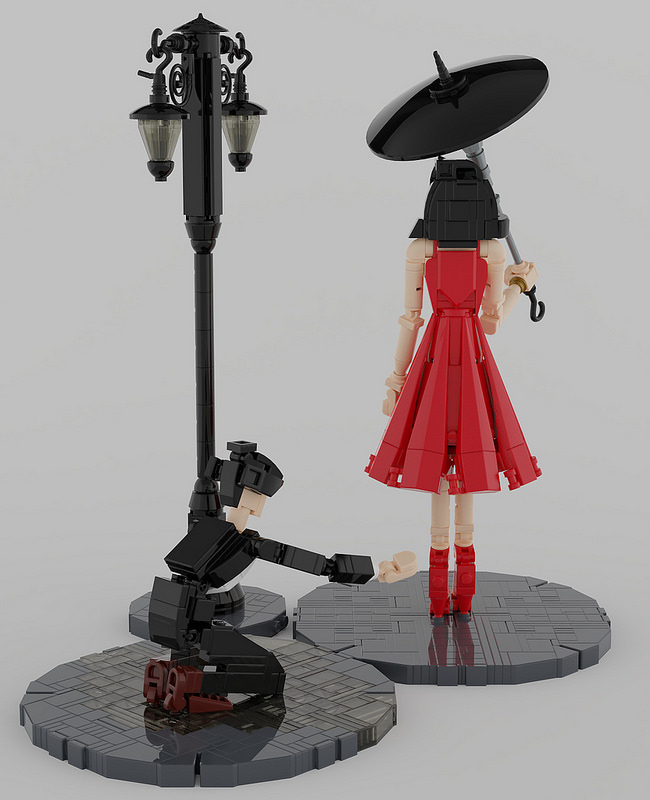 What struck me most about this build was the techniques WeNoGrayD used for the dress to give it a very sleek finished look. Also, the way the heels and feet are constructed is simply ingenious! The overall scene itself and the intricately designed lamp post emote a very sorrowful scene. 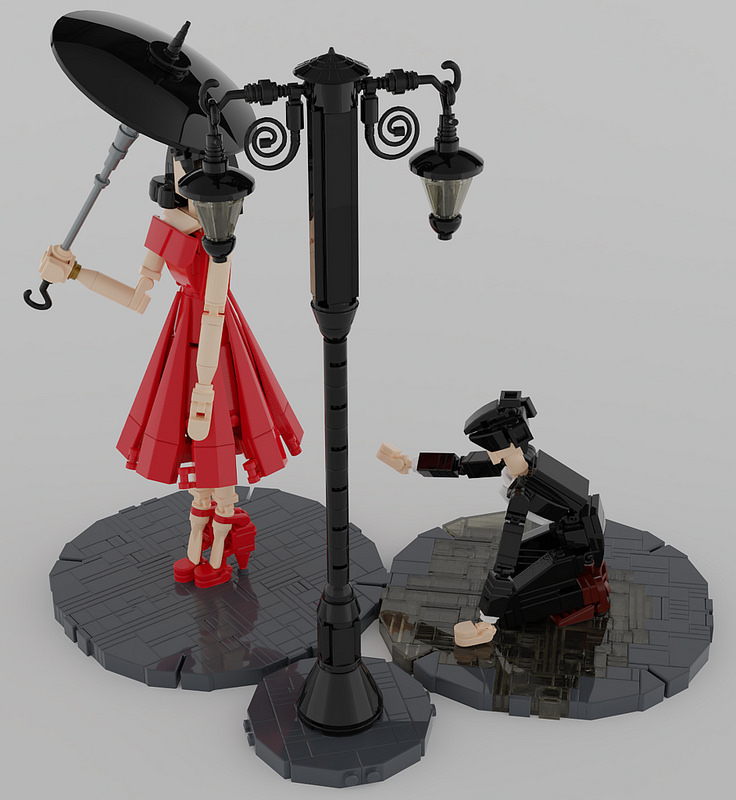 The builder explained this creation was inspired by a Russian rock band and a tale of two vampires pursuing a lady in red for a hundred nights, to the point of exhaustion. 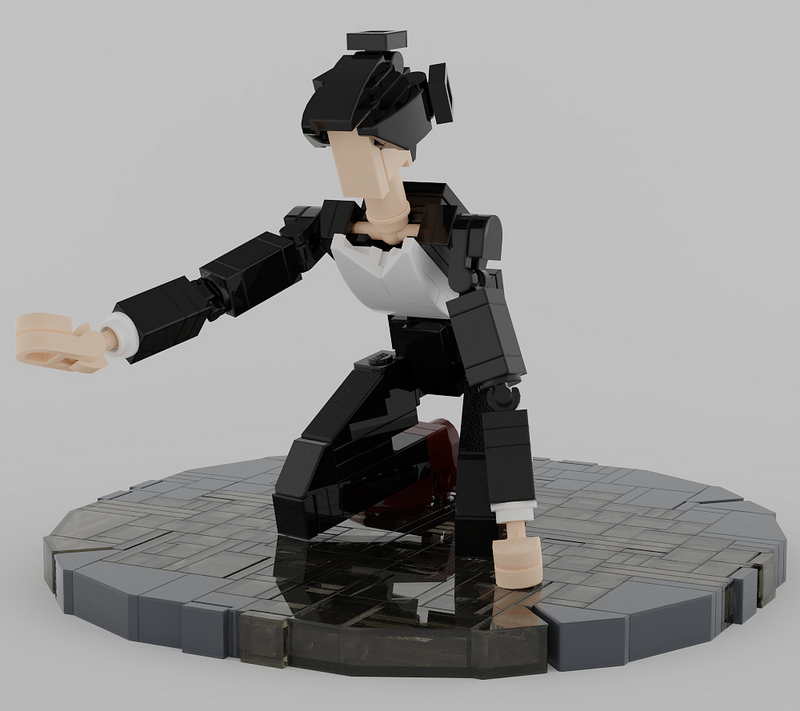 And in case you’ve not figured it out just yet, this is a computer render and not a physical LEGO build. While we tend to stay away from the virtual world, there are some builds that are outstanding that deserve a second or third look, just like this one. 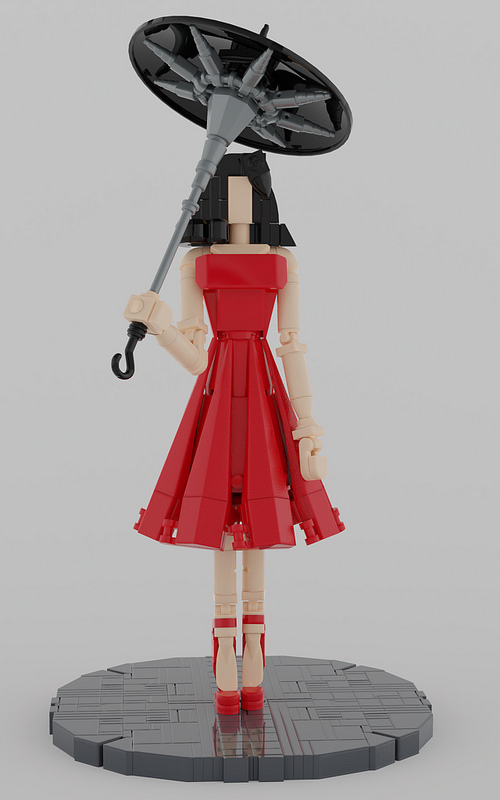