Makuta are the go-to villains in Bionicle lore and fan creations, most often portrayed by both as imposing warriors. Anthony Wilson takes a different approach with his vision of Makuta, the Handler, which appears to favor manipulation and shadow magic over physical strength and large weapons. I may just be desensitized to giant robots, but I think this actually looks more terrifying. 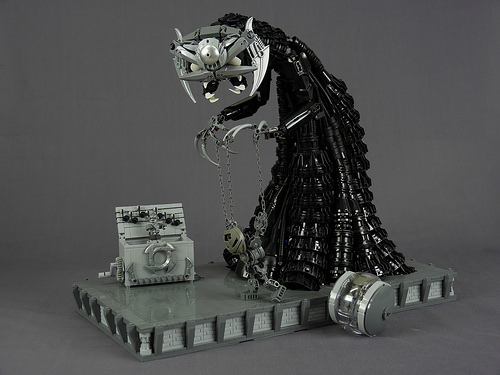 The Makuta is, of course, the focal point, with a creepy insectoid head and a robotic looking robe made out of wheels and tyres. What really makes it stand out though, are the little details around it, like the Matoran on puppet chains and the music box, which even has notes built on the lid!