Some might say that there are two kinds of LEGO creations: those that are pure imagination, and those that are modeled after something specific. You could argue that the former is harder because you have to come up with a design out of thin air. The latter at least has a sense of direction! On the other hand, if you’ve ever tried to recreate a non-LEGO subject in detailed LEGO form, you would know that it’s really difficult to get it to look just right. But one builder, wes_turngrate, has managed to pull this off in exceptional fashion! His LEGO version of a Great Western Railway 8750 Pannier Tank Engine is just about as close to the original as you can get! 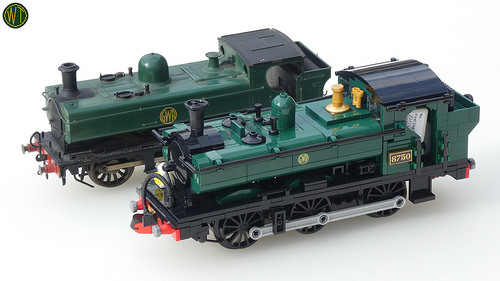 Obviously a lot of love and attention to detail went into this train. You may notice there are a couple slight differences between the two pictured, but they’re actually that way for a reason. The O-gauge model train in the background is his late father’s original GWR 5700 Class engine. Apparently this LEGO version is modeled after a minor variant (8750). Even so, these are incredibly close and we’re very impressed either way! Wes, I’m sure this is one build your father would be proud of! 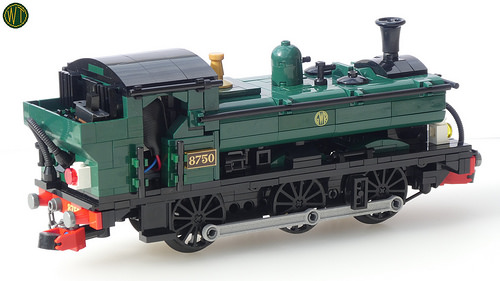 3 comments on “A near-perfect double”