Looking back, it felt as though 2017 was a year full of minifigures sporting cool hairstyles. I imagine the release of The LEGO Ninjago Movie Collectible Minifigure Series had a key role in supplying these modern hairstyles, along with Batman and the odd Star Wars eclectic hairstyle. I thought it would be interesting to step inside LEGO’s minifigure hair salon to take a look back at some of the more interesting styles that LEGO introduced for our little friends last year. 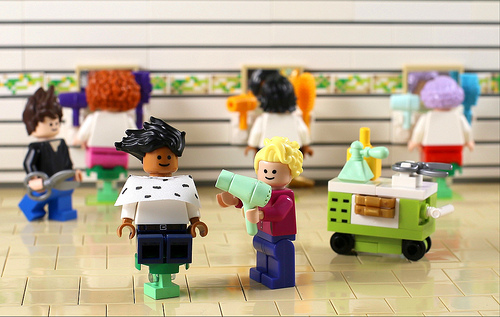 As you can tell from the initial image I took when reviewing Silent Mary, I definitely imagined this as a windswept, blown hair style. 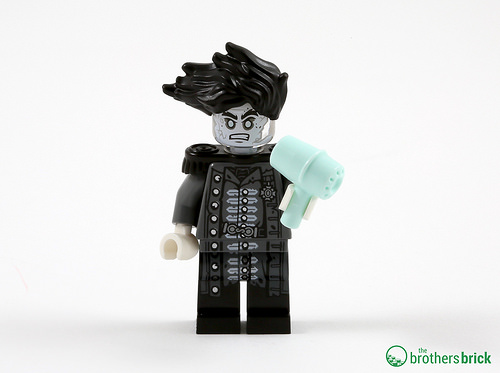 I found this hair to be particularly useful when posing upside-down minifigures, such as this diver. While LEGO hair can resist even the strongest of gales, sometimes it is nice to allow your LEGO minifigure to have hair that obeys the laws of physics. 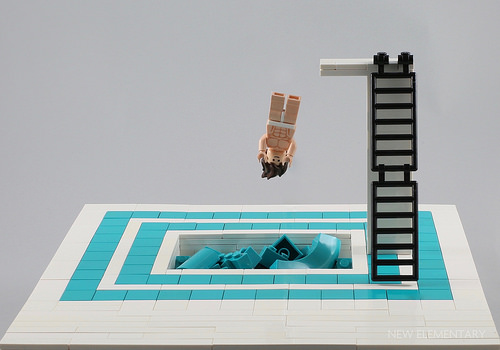 3. Dance Instructor’s Dark Orange ‘Big hair’ from CMF Series 17 Dance Instructor. This quirky big style is full of bounce and character, a very different hairstyle that I was thrilled to see.

4. Misako’s Orange Chopsticks hair from 70620 Ninjago City and The LEGO Ninjago Movie CMF Series. I love it when someone with long hair can pop their hair in a bun using a pen or, in the case of Misako, a pair of chopsticks.

Misako’s Orange hair is certainly striking,  and I could only find two other Orange hair styles in my collection although there are a few more official orange hairstyles out there. 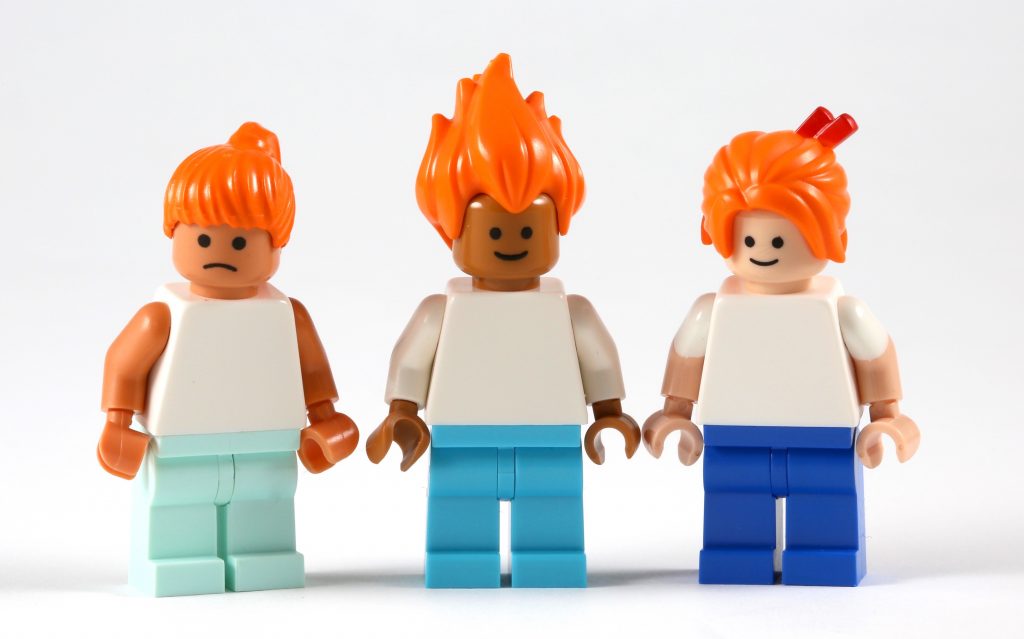 5. Cole’s Black Tousled with Long Bangs hair from The LEGO Ninjago Movie CMF Series. Cole has a lot of attitude and his hairstyle is long and edgy.  While I think this style can work for both genders, I think I prefer it as a style for a young rebellious male. 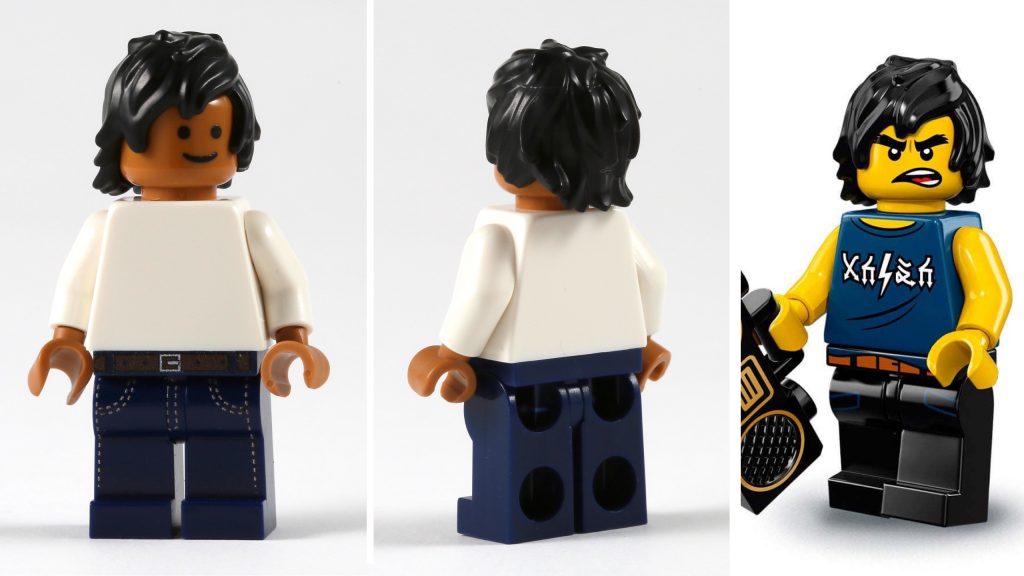 6. Batgirl’s Dark Red Long Wavy Ponytail with Silver Band Pattern from The LEGO Batman Movie CMF Series 1.  Dark Red hair is not particularly common and the addition of the silver band above those flowing, voluptuous locks, makes this a desirable hair piece. 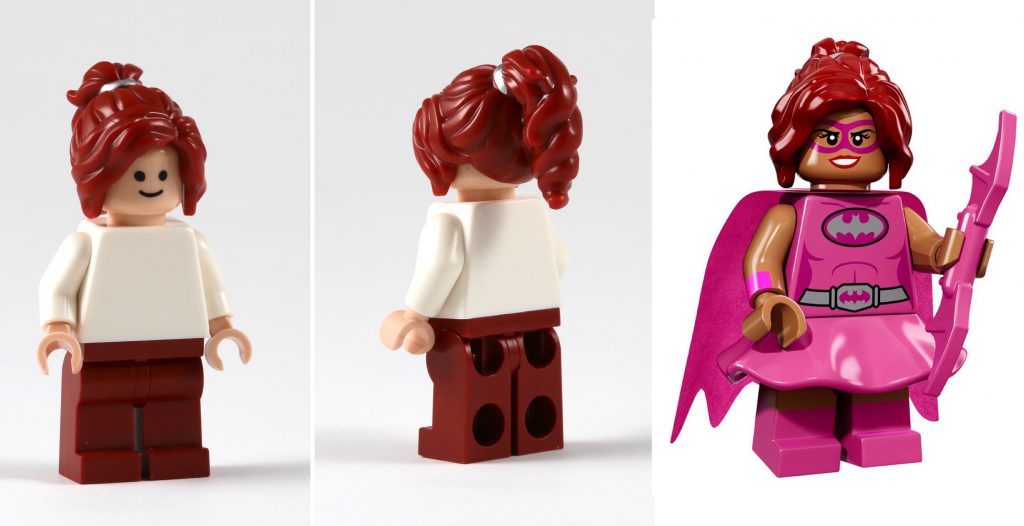 7.  Commissioner Gordon’s Distinguished Grey Hair with lighter grey temples from The LEGO Batman Movie CMF Series 1 and The Scuttler. At last we have a step between getting older and going bald when it comes to our older minifigures, the subtle lighter grey hair at the temples is a great new hairstyle for those gentlemen who have no desire to buy Grecian 2000. 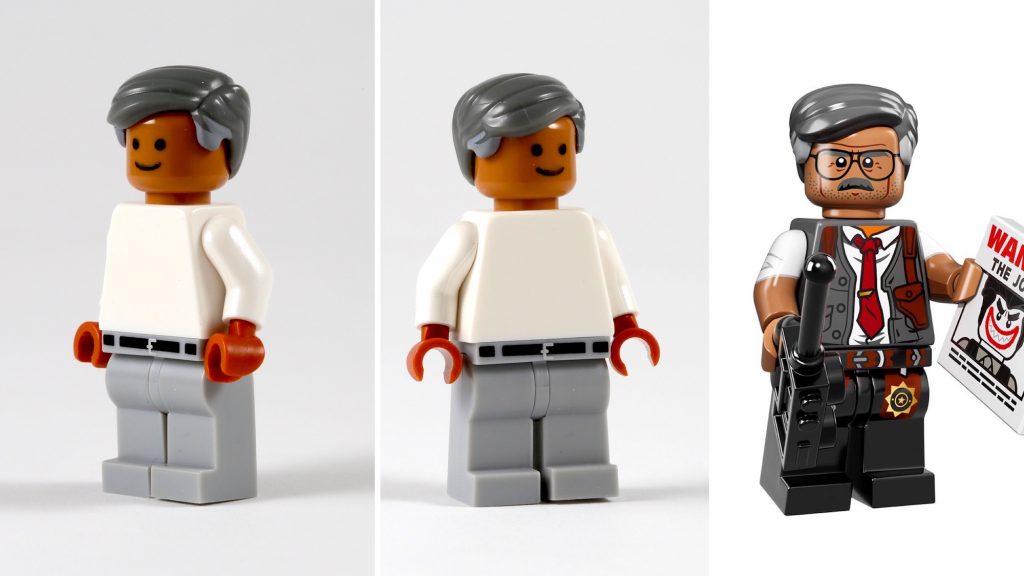 8. Bumblebee’s Dark Brown curls with a streak of yellow from 41234 Bumblebee Helicopter, a set which was released in Jan 17 and is already retired by LEGO in Europe. As one of the more styled asymmetrical haircuts in Dark Brown, this is definitely a style to be rocked by the coolest of minifigures. 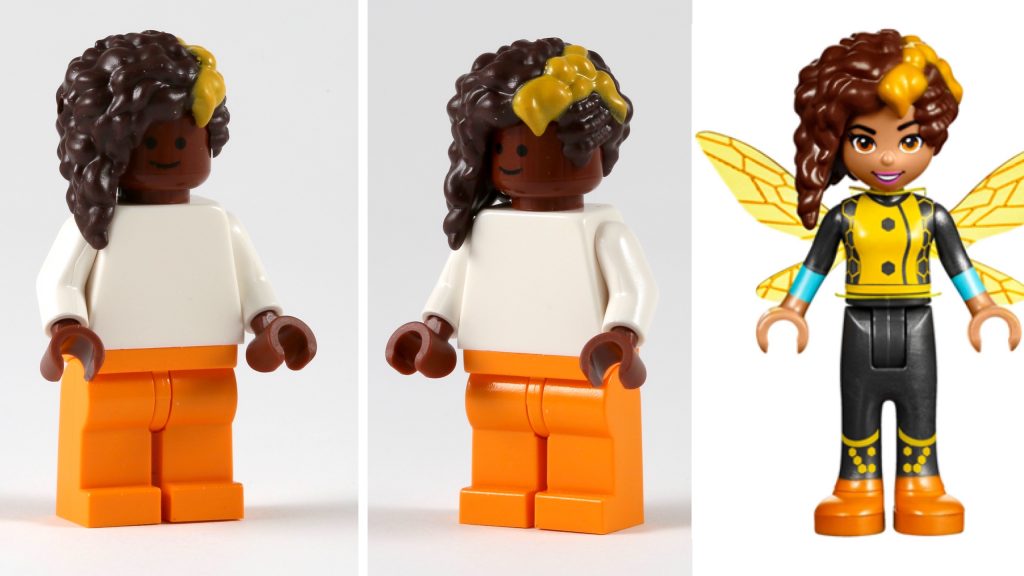 While the official mini-doll image appears to show a more Reddish Brown colour of hair, this is definitely Dark Brown, roughly in keeping with original DC Comics character who was African-American. 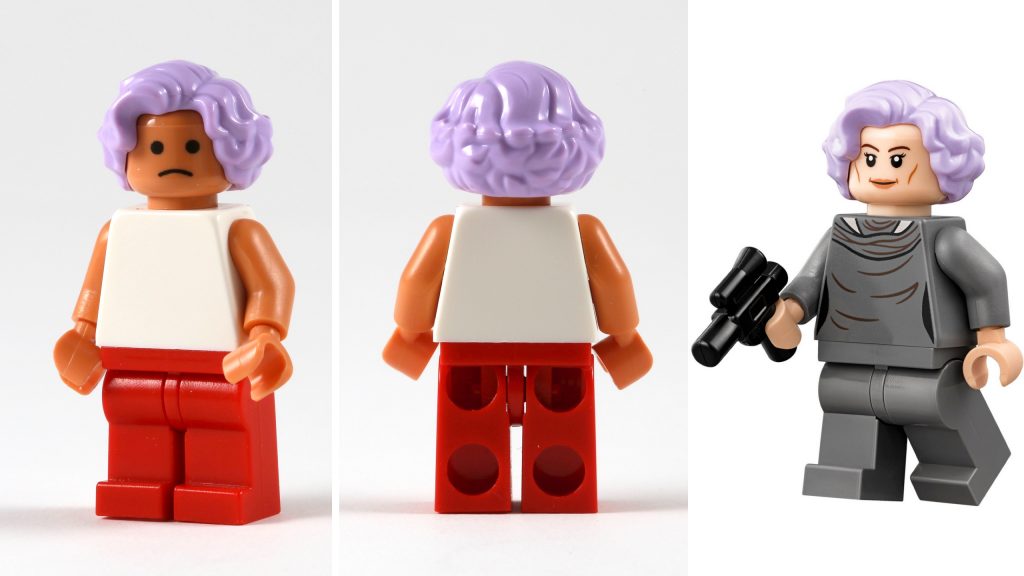 The earliest encounter I have with the ‘purple rinse’ is actually from a television show that aired before I was even born. Mrs Slocombe was a character in the British 1970s comedy,  Are you Being Served? and was the proud owner of a purple-rinse. Without wanting to digress too much into uncharted hair-dye waters, the aim of a light rinse of purple ( or blue!) hair dye was to remove the yellow tinge of white hair that is the scourge of ladies of a certain age.

10. Finally, we have my unlikely favourite, Alfred Pennyworth’s Light Flesh male pattern baldness hairpiece which arrived in 2017 in 70909 Batcave Break-in from the LEGO Batman Movie and also appears in 70922 The Joker Manor and two minifigures from Collectible Minifigures: 71020 The LEGO Batman Movie Series 2. 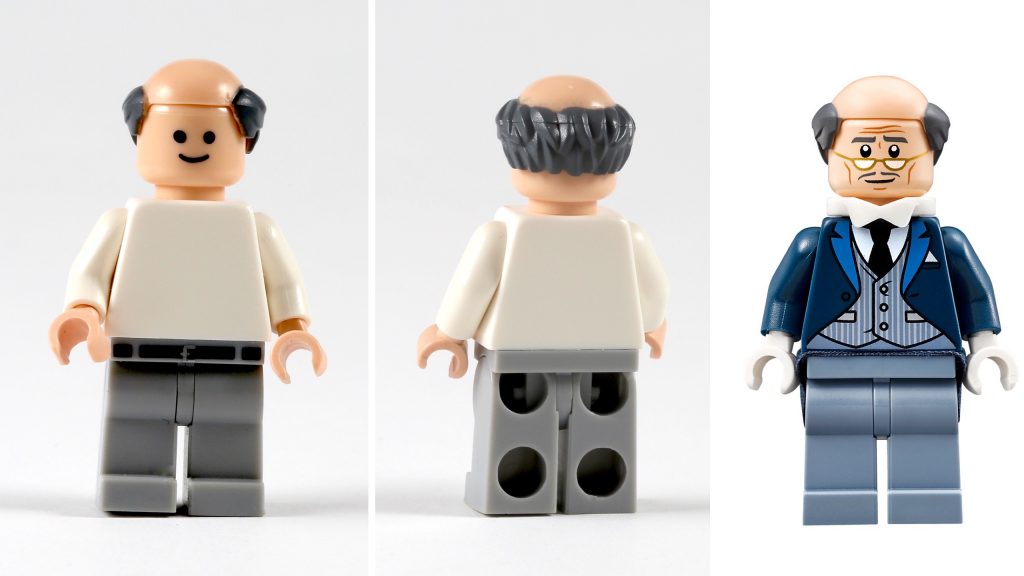 Prior to the introduction of this hair style, I was forced to perform all sorts of serious hair cutting procedures on my minifigures to achieve a similar look. Toupee be gone, embrace that bald head!

There were actually many more hairstyles that could easily have made it into my list, but I had to narrow it down to ten.  Does LEGO have your own hairstyle available for minifigures yet?  Hair is important and minifigures don’t look right without something on their head, so what LEGO style is your favourite?

13 comments on “Minifigure hairstyles – which styles were a cut above the rest in 2017? [Feature]”