The latest LEGO Ideas model, 21313 Ship in a Bottle was released last week and some fans of the original model were sad to see the final model was smaller.  Rather than build the actual set, Jme Wheeler has built a microscale version that can be displayed on even the smallest of shelves. It is not always easy to capture the essence of a larger set in a much smaller scale, but this is a fantastic little ship in a bottle.  In particular, the use of 1×1 tiles held upright by the 1×1 modified clips is a great way to create the masts and sails. 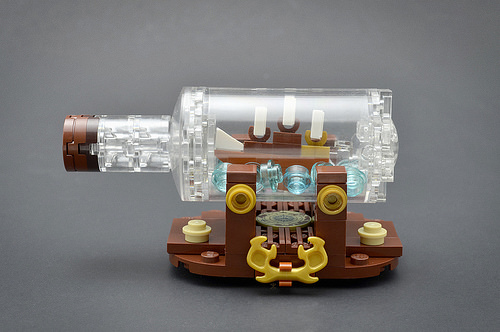 It may seem that Jme Wheeler has made the smallest ship in a bottle possible, but it didn’t take long for another even tinier version to wash up.  Elijah Bormann has managed to build an smaller representation of the model with his adorable single stud sized ship. 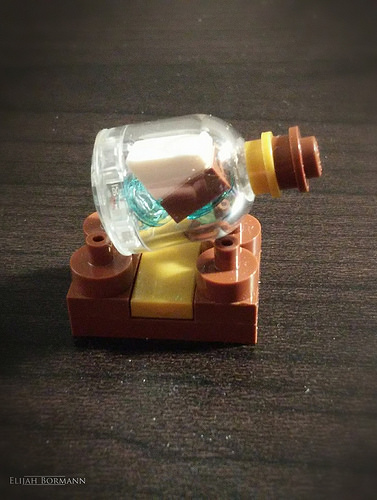 So, does anyone think that one more, even smaller version is possible?

Well after posing the questions, I had to at least have a shot at building a nanoscale version of Ship in a Bottle. 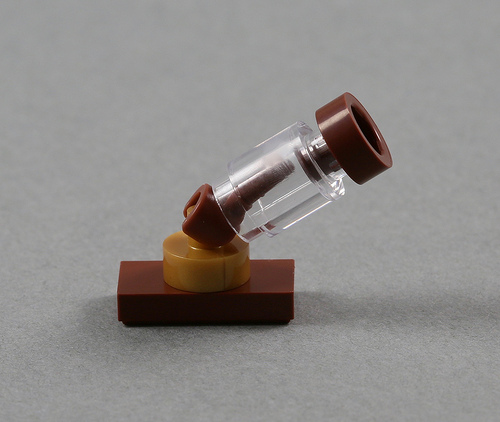 9 comments on “Shrinking the ship in a bottle, even smaller”