Cyperpunk is one of my favorite themes to build in LEGO, so naturally I love this cyberpunk diorama by Letranger Absurde, and I have no doubt you will too. Although the diorama is not as run-down and dilapidated as we are used to seeing in the genre, it serves as a perfect example of the distinction between cyberpunk and cyberpoc, the latter of which is much more ugly looking. The build is packed with tons of interesting details, including a guitar player who has set out a hat for donations, a sushi stand on the docks, and an unfortunate fellow who’s being pulled into the storm drain by a monster. 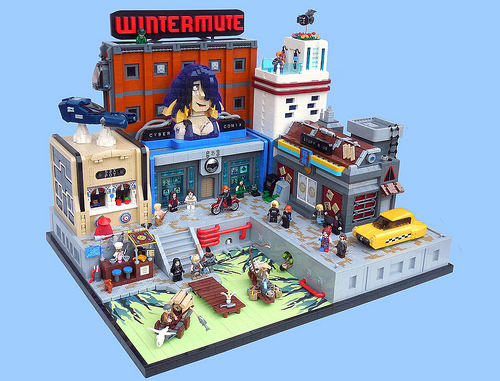 The colorful pollution in the water was accomplished using Ninjago dragon wings, a truly ingenious usage of the part.

Here, we have a close up of “Stuff R Us” which, seems to be like Toys R Us, except they have stuff instead of toys. So in reality it could be any store…even Toys R Us…because toys are stuff. Jokes aside, I like the shape of the roof, and the use of the gray ingot parts on the trim. We can also see the sushi stand, which was moved to a different spot in the final build. 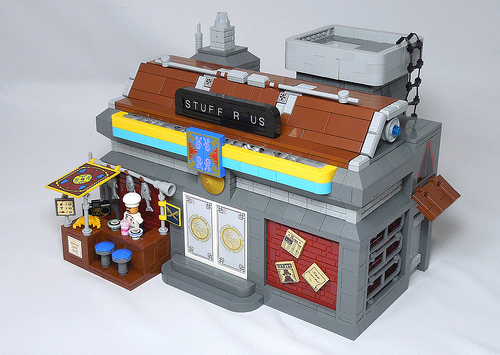 The top of the tower, where the seemingly privileged live. 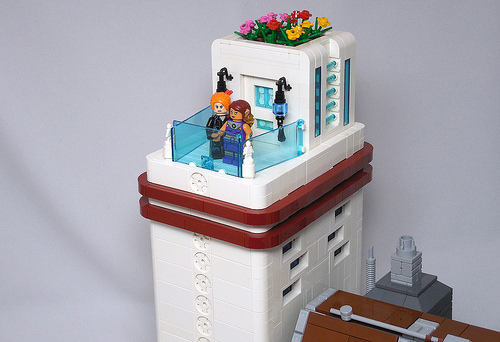 And last but not least, 53X pot, sure to be the most popular store in town. The builder says the 53X is a reference to the 5th Element, but our more immature readers may read it as something else. I love the use of the printed arches here — they feel very appropriate for a cyberpunk build. The pattern on the side of the building is excellent as well, as it makes what could have been a boring flat wall very aesthetically pleasing. 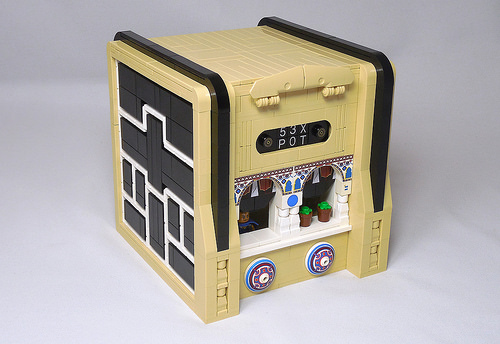 Though it wasn’t featured in the final build, here’s a ‘lektric sheep, as the builder calls it, just because it’s cool. However, what purpose an electric sheep would serve, or whether androids dream of them, I know not. 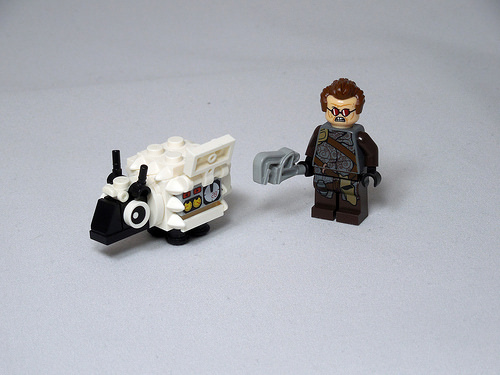