Each year LEGO reveals new ideas for holiday ornaments, and this time it’s an adorable 853663 LEGO Iconic Holiday Magnet consisting just of 45 pieces. The set is offered for $9.99/€6,99, and the reason for it to be a little bit pricey is a pair of modified bricks with magnets — somewhat peculiar pieces in uncommon color. At the same time, colours are what make this build a very pretty thing to decorate one’s dwelling with. 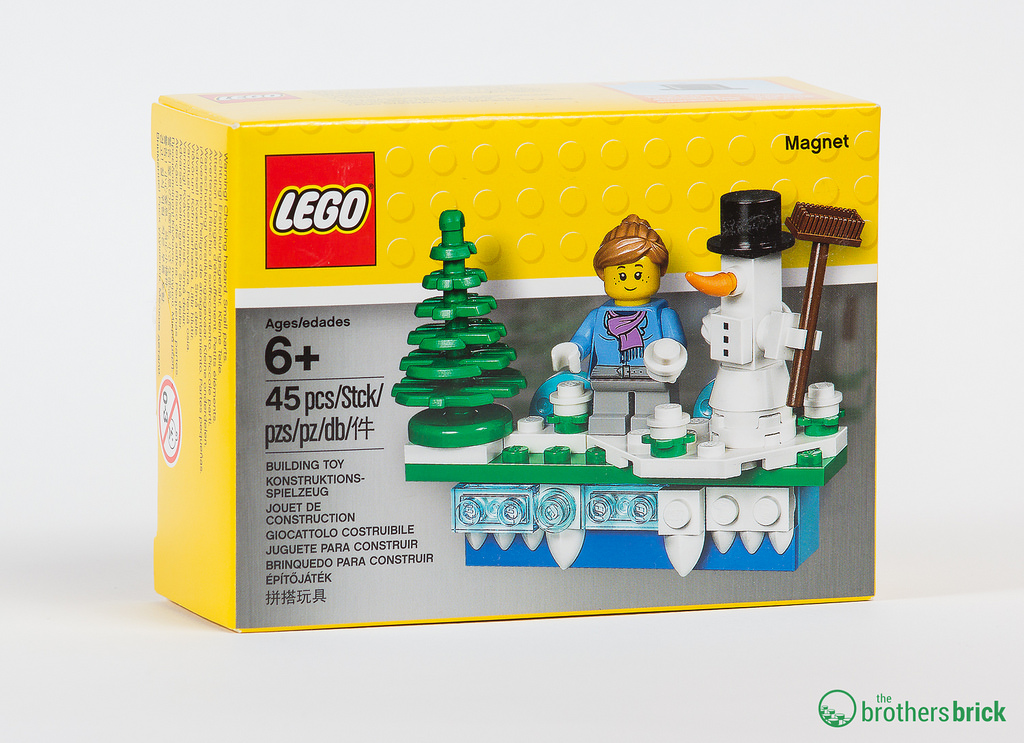 Turns out, this small set captures a unique concept of LEGO Christmas ornaments. The reason it has the word ‘iconic’ in its name is quite simple: a very special line-up of Christmas magnets was first introduced with M565 Santa Magnet Set back in 2006. Since then a new Santa magnet souvenir set was released each year till 2011, and this season we are finally getting a brilliant addition to that small holiday collection. 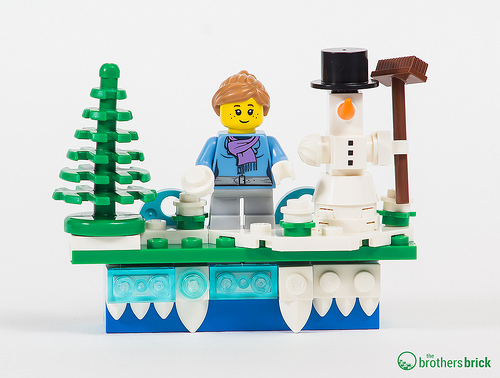 Unfortunately, there is no Santa minifigure this time, but a Christmas trio instead: a classical snowman, a playful little girl, and a traditional holiday tree to decorate. Without the magnet stand these three look like they are right from a City advent calendar. To be honest, the snowman looks better than any of the 2017 advent snowmen, even though it consists of about a dozen of pieces and can be easily put behind a random advent door. 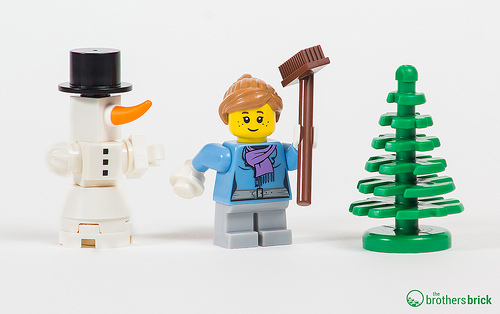 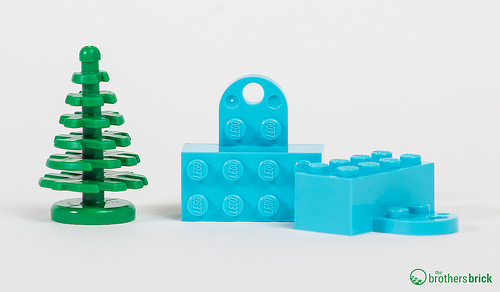 Anyway, modified bricks with magnets are probably one of the simplest ways to see your favourite builds and minifigures in a new light. For instance, on a door of your fridge, which would be a perfect place to keep them till the next holiday season. 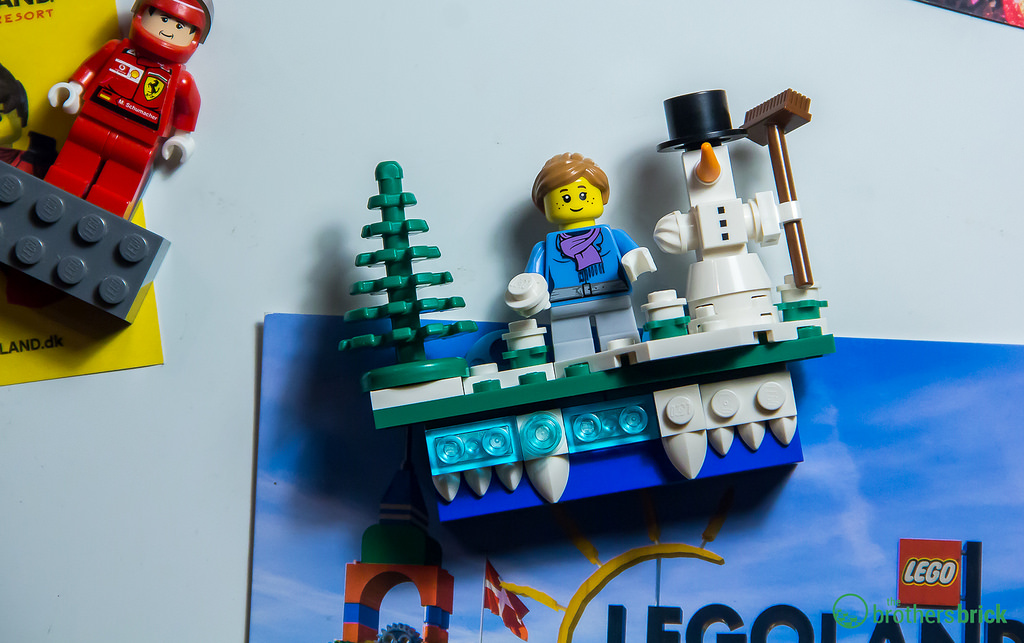