This past month we have seen a flurry of 2018 set announcements, including a new wave of LEGO Batman Movie sets with many more villains and Batman outfits. To add to the cavalcade of characters, LEGO has announced a second series of collectible minifigures from the movie. 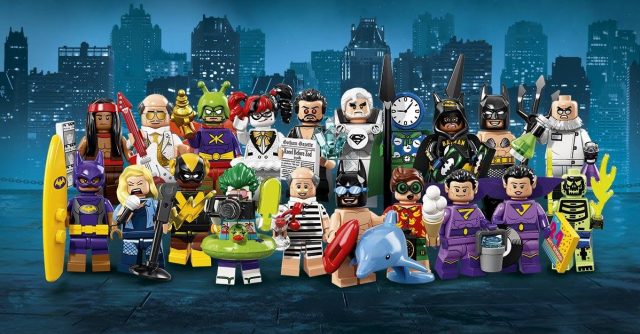 The 20 unique figures will hit store shelves early next year for $3.99 each. Here they are below, with our initial impressions. 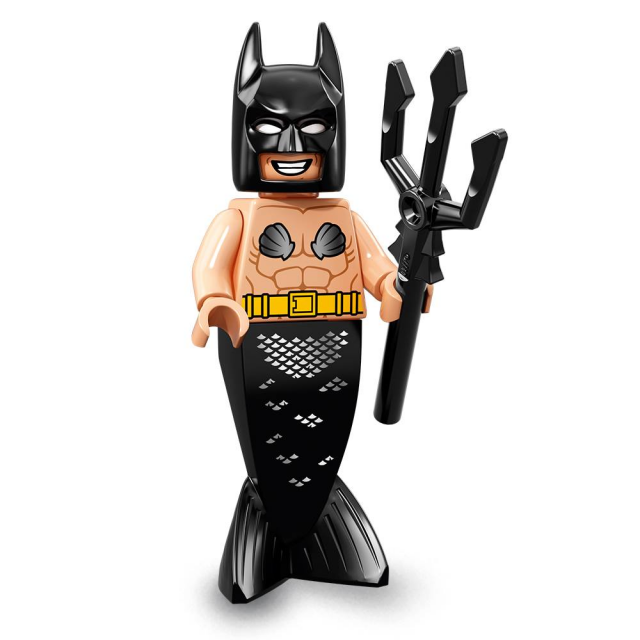 Starting with the new Batman variants, we see the Dark Knight has been playing a bit with Aquaman, and has sprouted a black mermaid tail, black trident and two tactfully placed seashells. 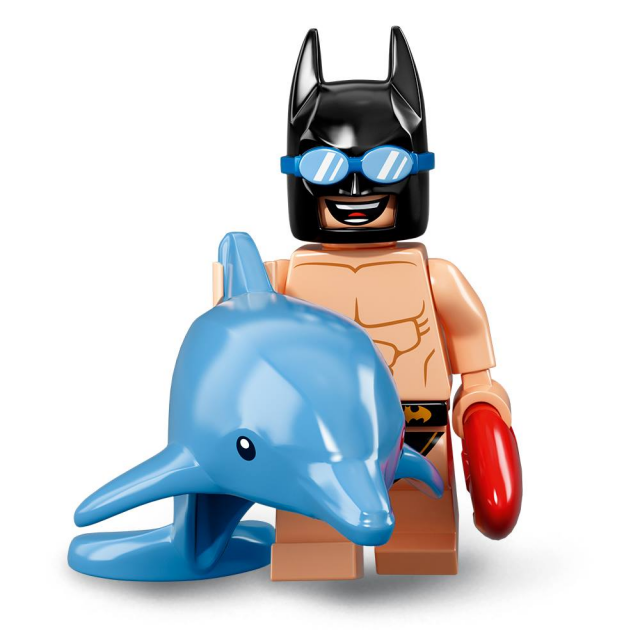 The second and last Batman sports a dolphin friend (which will be REALLY easy to feel for), a lifeguard’s rescue tube and a speedo. From the picture, we can’t tell if his shirtless torso includes his ninth ab, but we hope so! 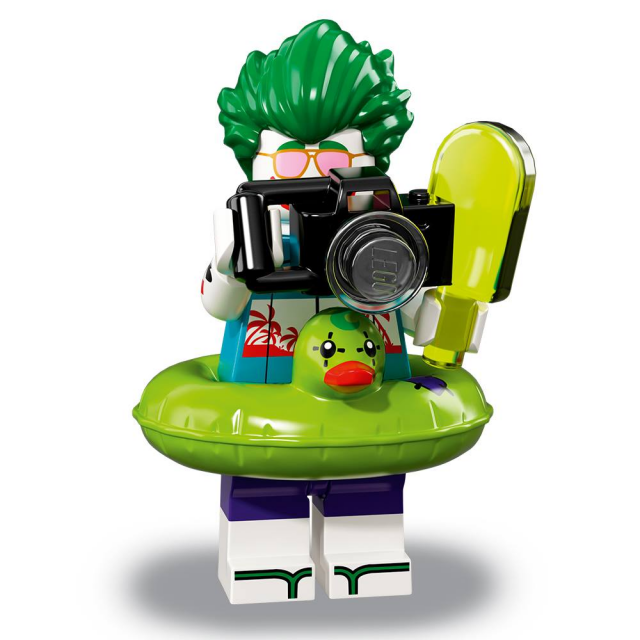 Joker is ready for a holiday after his exhausting brush with Batman, bringing along his camera, Ace Chemical popsicle and a sickly green floating duck for some fun at the beach. With a Hawaiian shirt, purple swim trunks and flip-flop sandals, Joker is ready for some fun in the sun. It looks like he has applied a GENEROUS amount of sunscreen too! 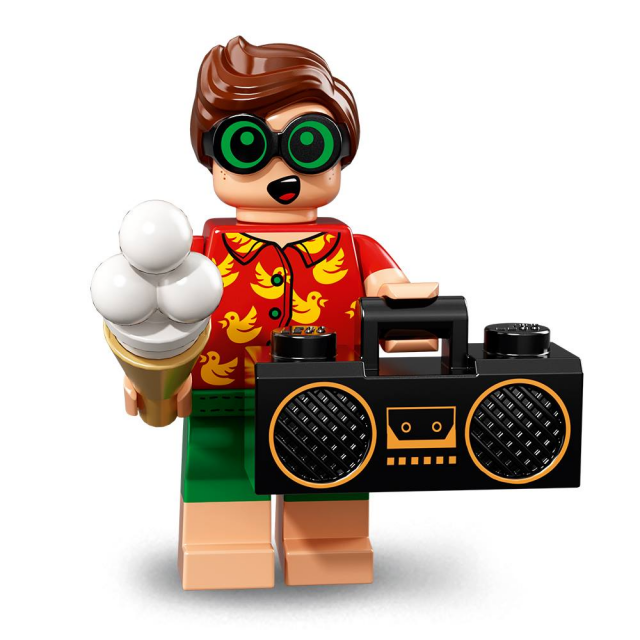 Robin is coming along for the vacation too, bringing along an ice cream cone and a boom box to play his theme song of choice, “Fly, Robin Fly!” He is wearing a shirt with a bird pattern as well as green swimming trunks. 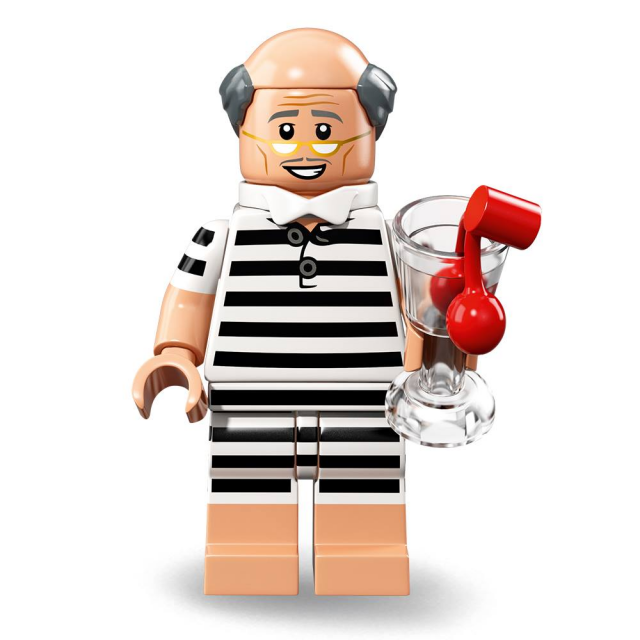 Alfred never leaves home without his collar, even to the beach. He is wearing a striped one-piece bathing suit and appears to have upgraded from his standard Pinot Grigio to a more tropical drink. 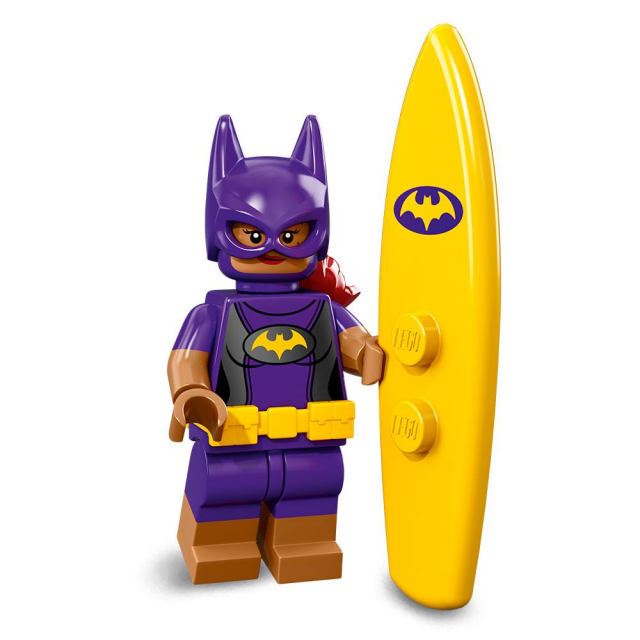 Batgirl is coming along on vacation and is ready to catch some waves with a themed wet-suit and logo-emblazed surfboard. Surfs up! 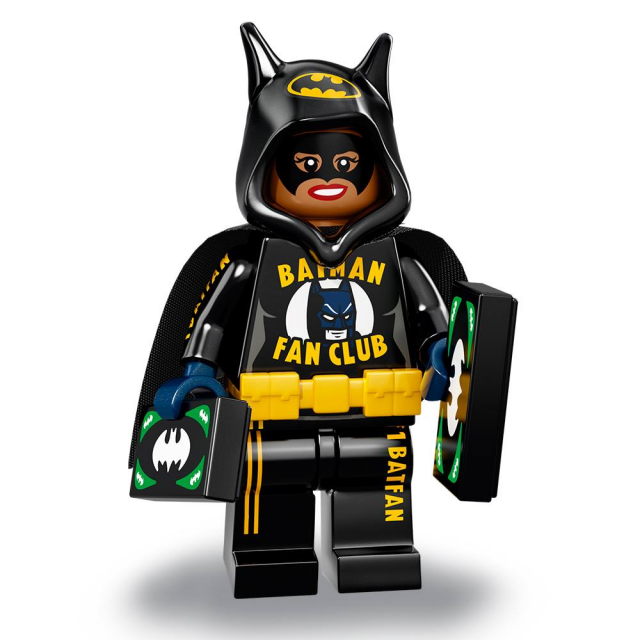 Batgirl gets a second look, sporting a Batman Fan Club hoodie with pointed ears and sweat pants along with two Bat Bucks tiles. From how much she disliked this look from the Merch Gun in the movie, we are delightfully surprised that it is part of the new minifigure series. 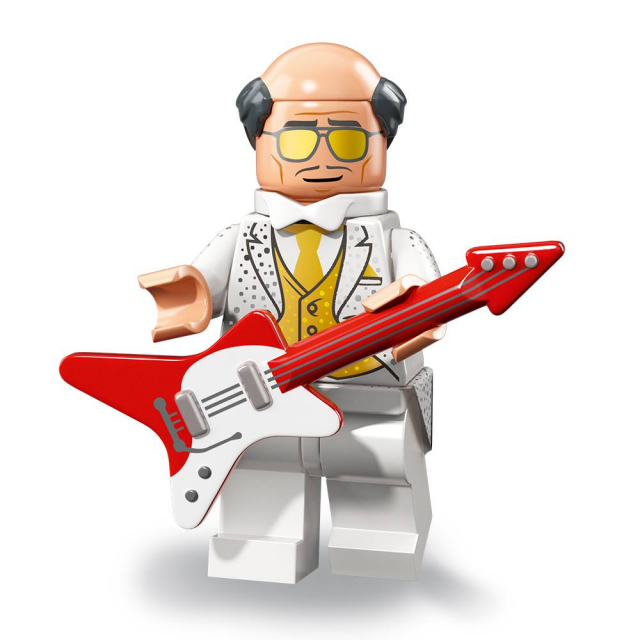 Alfred has a second look in the series which we predict will be one of the most sought-after minifigures in the series. Wearing a white tux and tails with a gold vest and tie as well as electric guitar, this Alfred minifigure is straight out of the “Friends are Family” music number form the end of the movie. While we were disappointed that this figure was not included with the massive 70922 Joker Manor, we are happy to see that it will widely accessible. 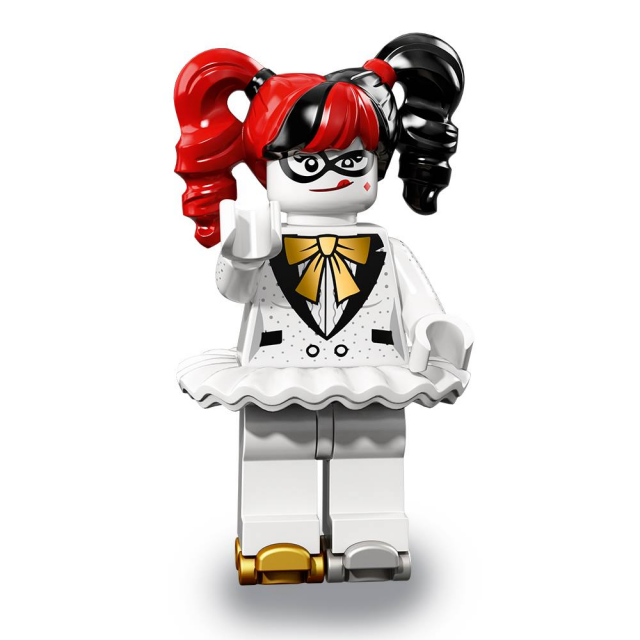 Rounding out the white-clad “Friends are Family” minifigures, we have Harley Quinn in a white jacket and tutu with gold and silver accessories. We hope there is an extra gold and silver roller skate element each in the bag, but we aren’t getting our hopes up. 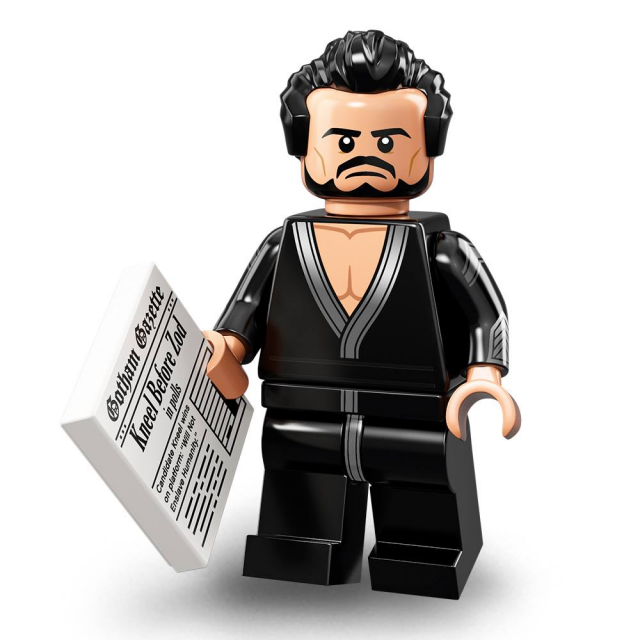 As Superman’s biggest enemy, General Zod comes with a robe and a witty Gotham Gazette printed newspaper tile that reads, “Kneel Before Zod… in polls. Candidate Kneel wins on platform: Will Not Enslave Humanity.” Hopefully he won’t get tired of reading about his defeat as there is very little reading material in the Phantom Zone. 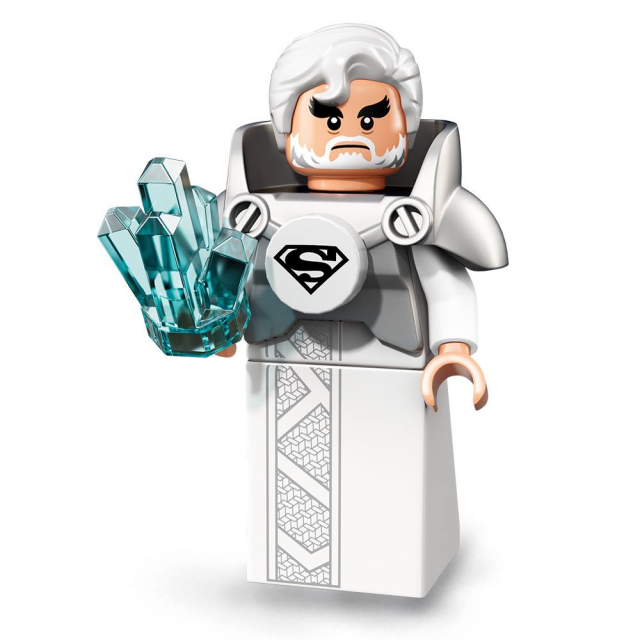 The father of Superman is looking better than ever in his Fortress of Solitude memory crystal garb, including flowing robes, white hair with the traditional Superman curl and even a printed 1×1 round tile with a symbol that means hope…I mean Superman. 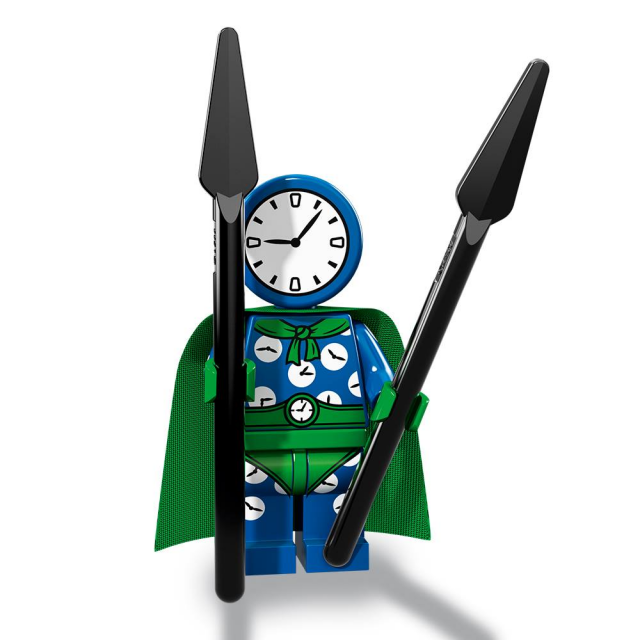 One of the most hilarious parts of the LEGO Batman Movie happened when the Joker listed off his gallery of rogue villains. None stood out more than perhaps Condiment King (available next year in 70920 Egghead Mech Food Fight) and Clock King. The villain comes with non-gingerbread man circular head with printed clock face (hehe) as well as an entire themed clock outfit, green cape and two spears. 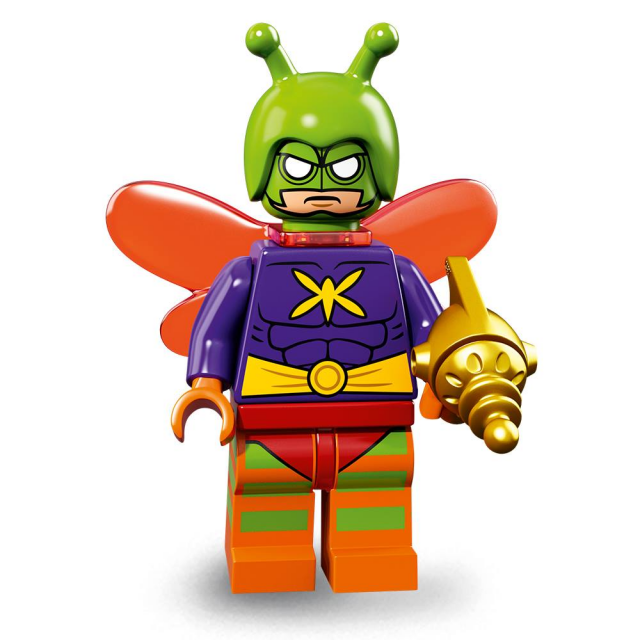 The next villain in the series is Killer Moth who disappointingly is very similar to the Killer Moth minfigure in 76069 Mighty Micros: Batman vs. Killer Moth. Featuring the same green helmet with antennae, orange wings and slightly updated torso, the most exciting part of this minifigure is his golden gun, previously only available in light grey. 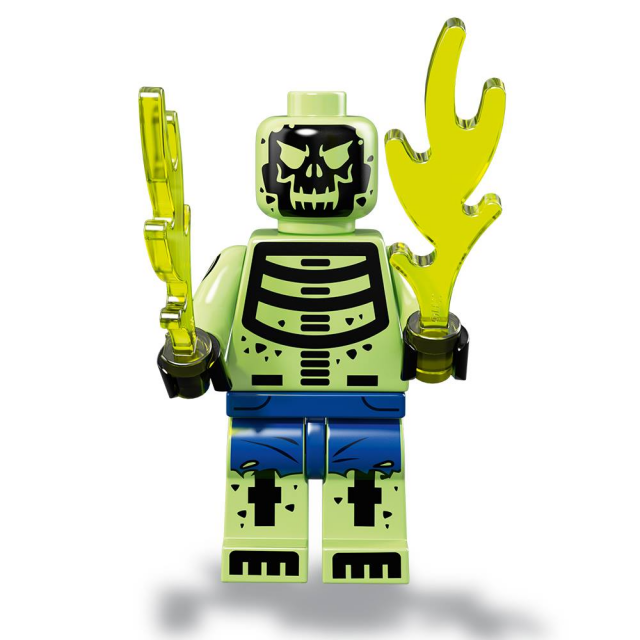 In the comics, Doctor Phosphorus is a radioactive super-villain whose body chemistry was changed in an accident to phosphorus, meaning that he burns and lights up continually. In minifgure form, he is a black skeletal form printed onto either a yellowish green or glow-in-the-dark body parts (we hope it is the latter) with two flame pieces in trans florescent green, a new color for that part. 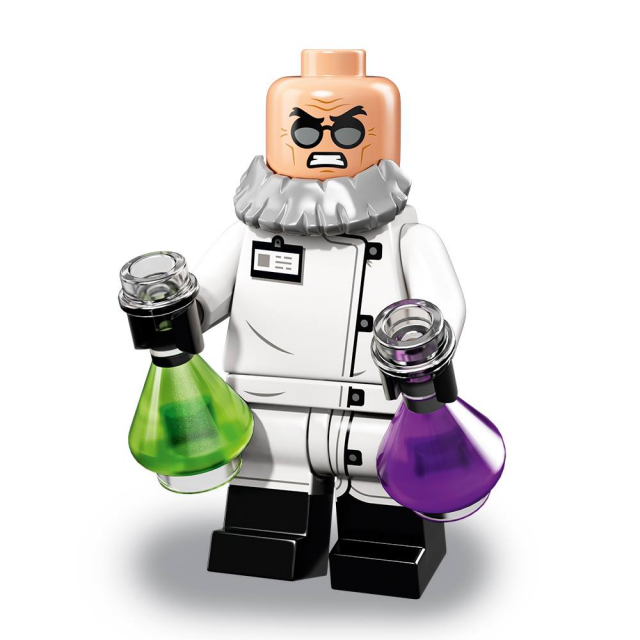 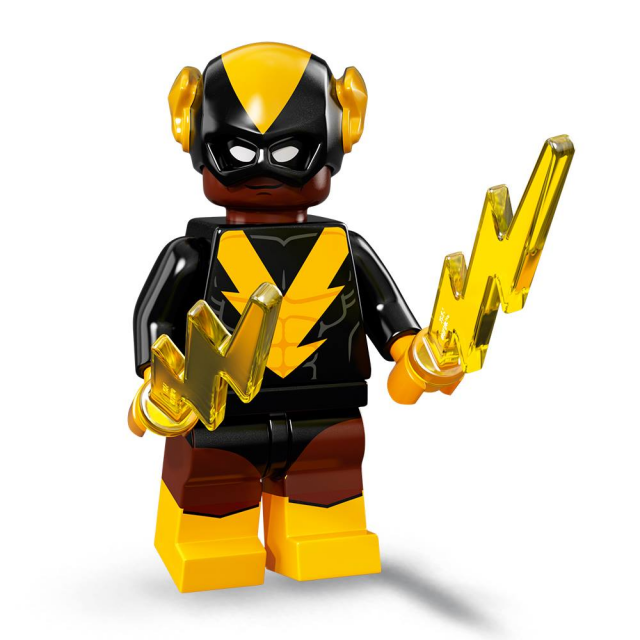 Moving on from villains to Super Friends, Black Vulcan comes with a newly printed Flash helmet and black and yellow torso, The two electricity bolts generates are also a new coloring, never before being available in trans yellow. 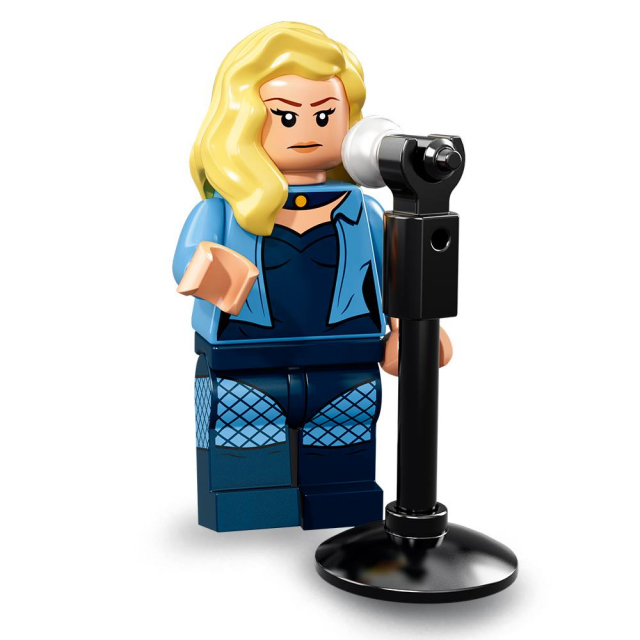 Another superhero included in the series is Black Canary, whose sonic scream attack looks to be augmented by a microphone She has a blonde hairpiece and is wearing a blue jacket and fishnet stockings. 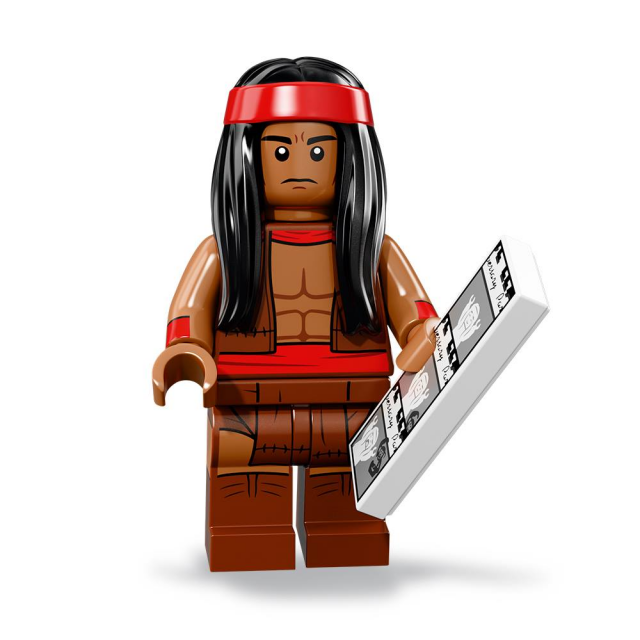 Apache Chief looks incredibly like his Super Friends counterpart. A Native American superhero, he was infamously added to the Hanna-Barbera show along with Black Vulcan to increase the number of non-white heroes. He comes with a printed 1×4 tile featuring a photo booth sheet where apparently he was photobombed by a monkey. 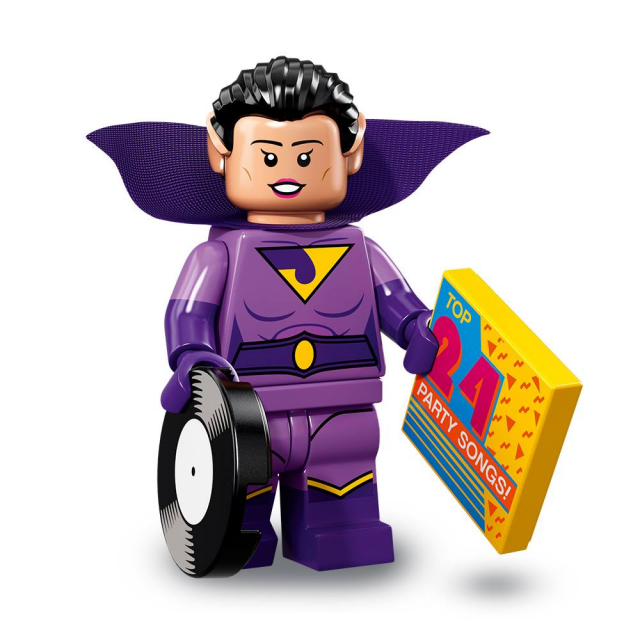 Straight from the Justice League anniversary party, the Wonder Twins are ready to rock. Jayna comes with a purple outfit and collar, with a vinyl record of the “Top 24 Part Songs.” Though powerless without her twin in the comics, when the two are in contact they can transform into nearly anything. 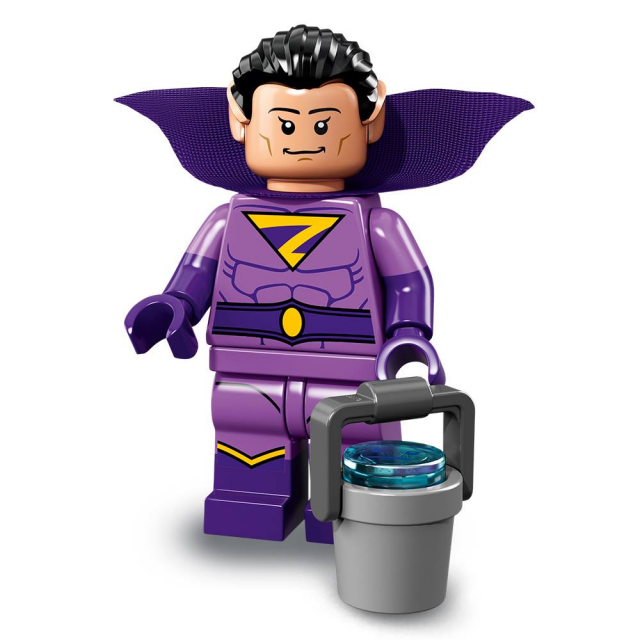 Finally we have the other Wonder twin, Zan. Thankfully Zan comes with a slightly different torso print, spot on with his animated Super Friends counterpart. He also has a purple color, and comes with a bucket of water because one of his abilities when touching his twin Jayna and shouting “Wonder Twin powers activate!” is to transform into water in any state.

What do you think of the second LEGO Batman Movie Collectible Minifigure Series? Leave your thoughts in the comments below.