You can see a bit of the gameplay in the official trailer:

The game features 18 locations, all of which come together to form one huge Chronopolis Open Hub World, including Ancient Egypt, the Old West, Sakaar, New York City in 2099, Xandar, and more.

There is a new time manipulation mechanic to allow specific characters to move time forwards or backwards to change the state of in-game elements, help players progress through a level, or allow secrets to be discovered. 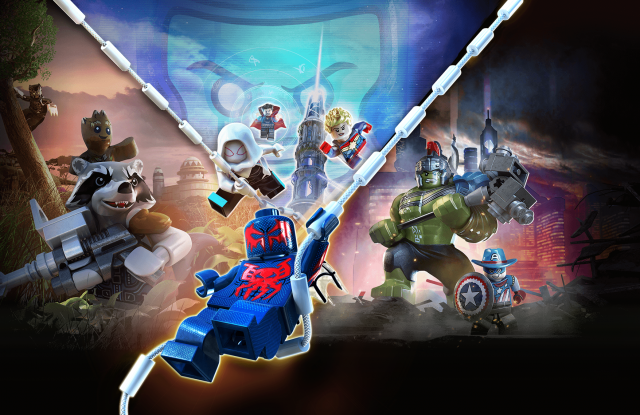 There is also a four-player competitive and cooperative super hero battle mode for friends and family to play together or against each other in a series of themed challenges and battle arenas. This is teased in the trailer with the Grandmaster observing a clash between Moon Knight, Fin Fang Foom, Red Hulk, and Doctor Strange.

LEGO Marvel Super Heroes 2 is available now for PlayStation 4, Xbox One, Nintendo Switch and PC.  The Nintendo Switch, PlayStation 4 and Xbox One “Deluxe” editions are available to pre-order and come with a Season Pass, early access to the classic Guardians of the Galaxy character pack, exclusive poster and an exclusive giant-man (Hank Pym) LEGO minifigure. 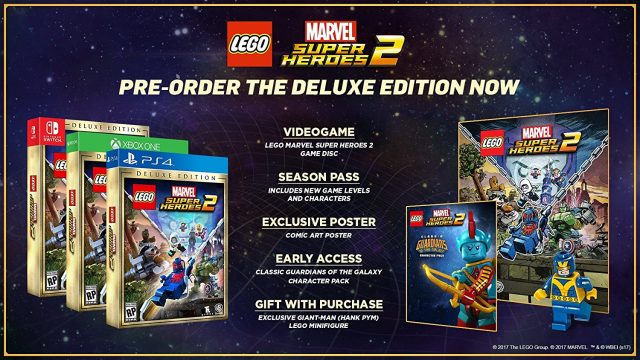 As always, you can help support TBB with all your Amazon.com purchases.