Every child knows how easy it is to build a house with LEGO bricks. It’s almost impossible to build a bad-looking one. And the concept of “house” is pretty universal: 4 walls, a door, a window, and a roof — any form, any type and any materials you want. But what happens when you build a house based on an actual building that was originally designed to look like it was built with LEGO bricks? This mind-boggling concept hides behind the most unique LEGO Architecture set to date — 21097 LEGO House. Like other Architecture sets, this model is based on a real building, but this time it’s the LEGO House in Billund, Denmark that opened in September 2017. The set is only available at the LEGO House gift shop for 449 DKK (~$70 USD). 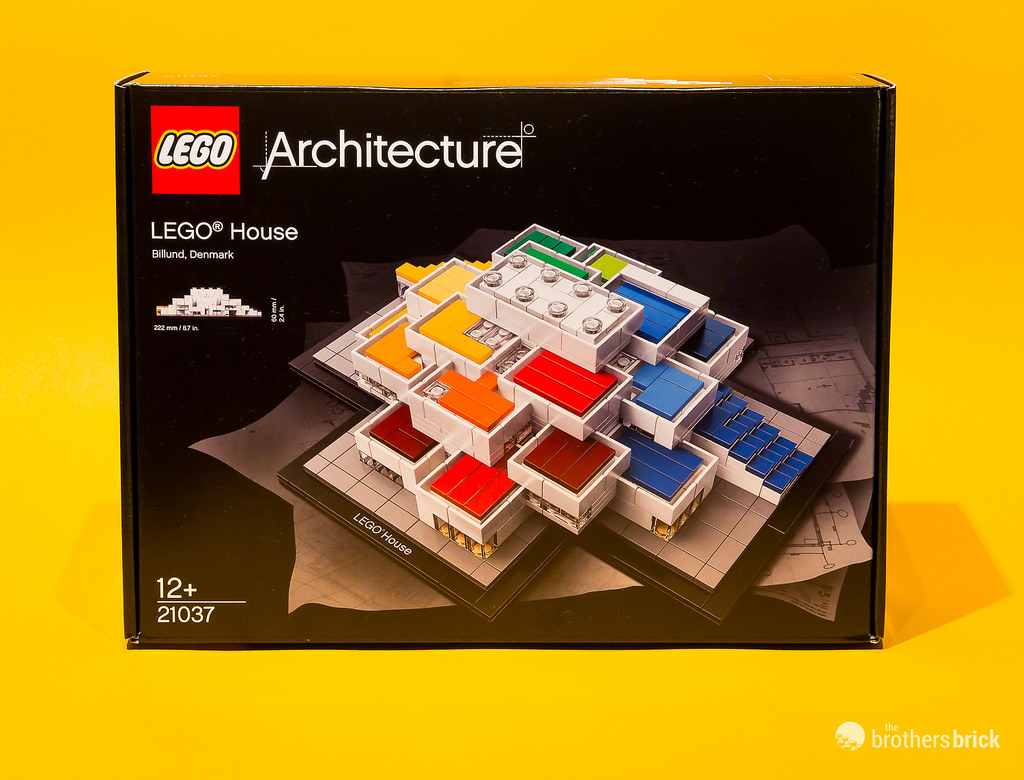 The box art shows off the model and its wonderful colours. The back displays the main feature — a removable second floor revealing the House’s spacious interior. This is a rare play feature amongst the relatively small Architecture models. 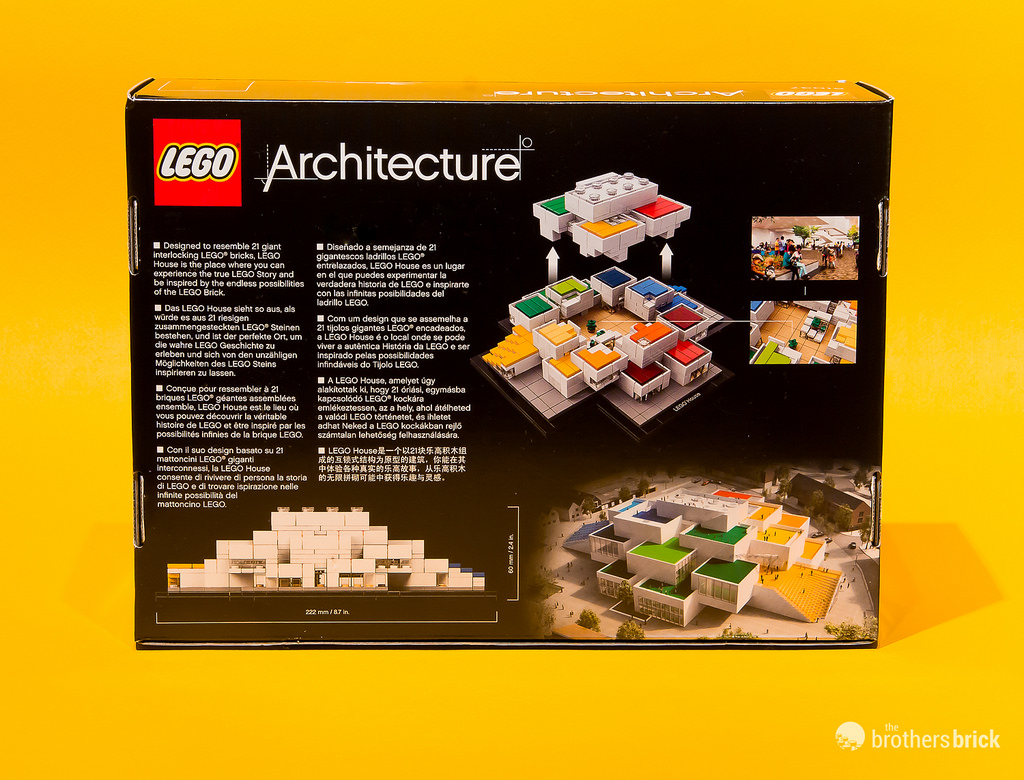 Like other Architecture sets, the LEGO House instruction booklet tells you the story of the building itself, one of the most unusual in Denmark. 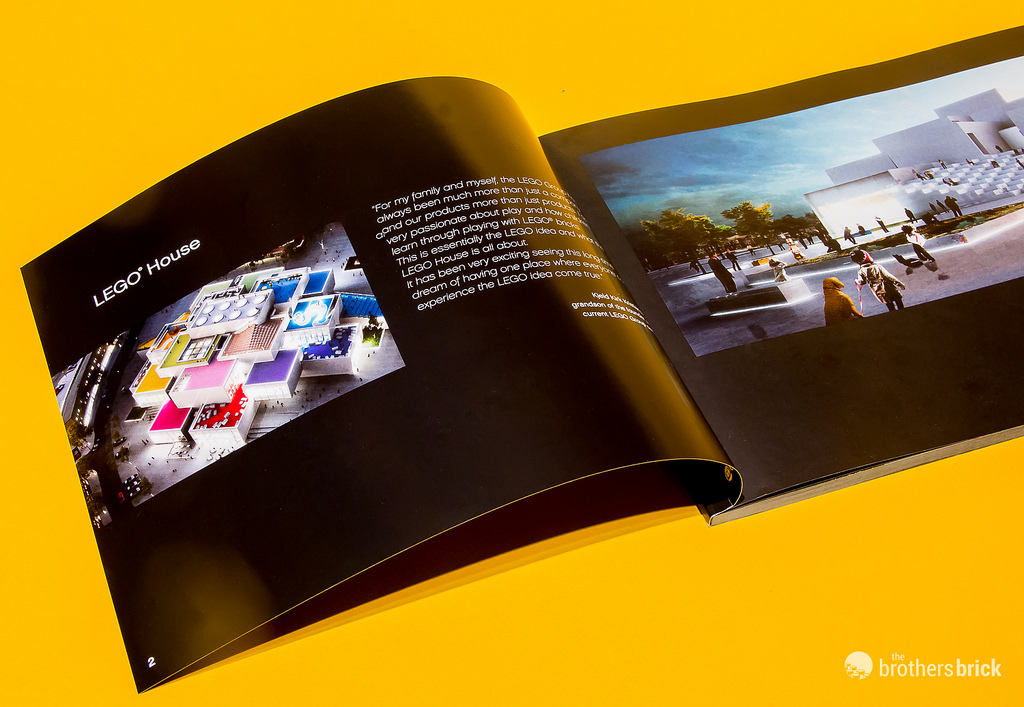 Although the real building looks neat and toylike, pictures taken during its construction show the complexity of its inner structure. 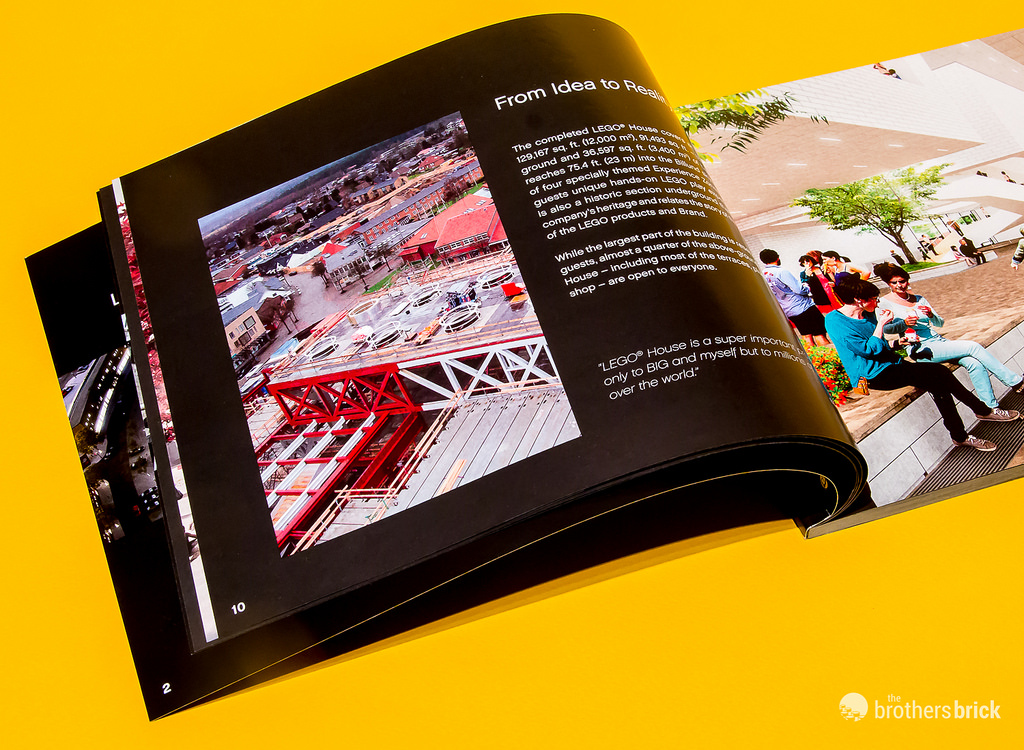 Facts about the House can be found on random pages throughout the instruction booklet. For instance, you’ll learn about the incredible amount of concrete the engineers had to use to create open spaces without intermediate supports. Or there are features on some of the interesting materials used… 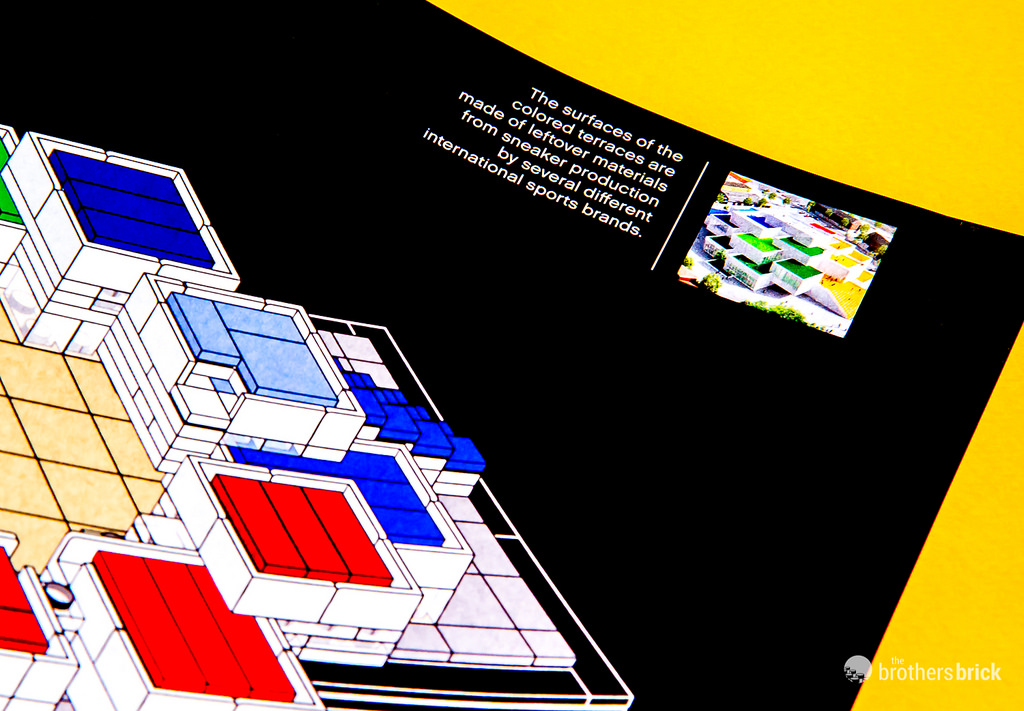 Although the set is designed as the ultimate LEGO souvenir for the guests of the House, it’s definitely neither the easiest nor the most delightful model I’ve assembled. With almost 800 pieces the set will take you a good 2-3 hours of deliberate building to put together. And it doesn’t start well — long and repetitive steps involving black, gray, and tan tiles. The base of the model might look small, but it’s almost 30×30 studs — almost as large as a regular baseplate. 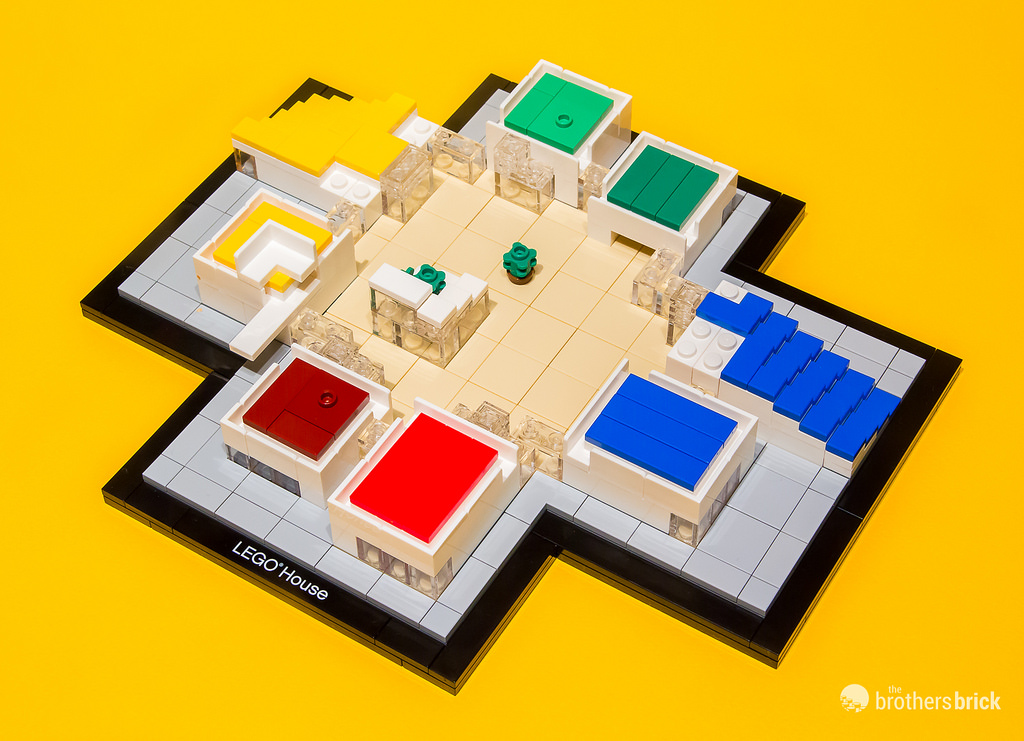 Certain steps involving lots of white pieces might be confusing as well. Placing several corner pieces at a time becomes quite a conundrum: it’s not easy to figure out the way all the white pieces should be placed to match the picture in the booklet. Corner sections with yellow and blue steps are created with several corner bricks 2×2 and corner plates 2×2 placed facing opposite directions. A couple of intermediate steps with arrows could have helped a lot. 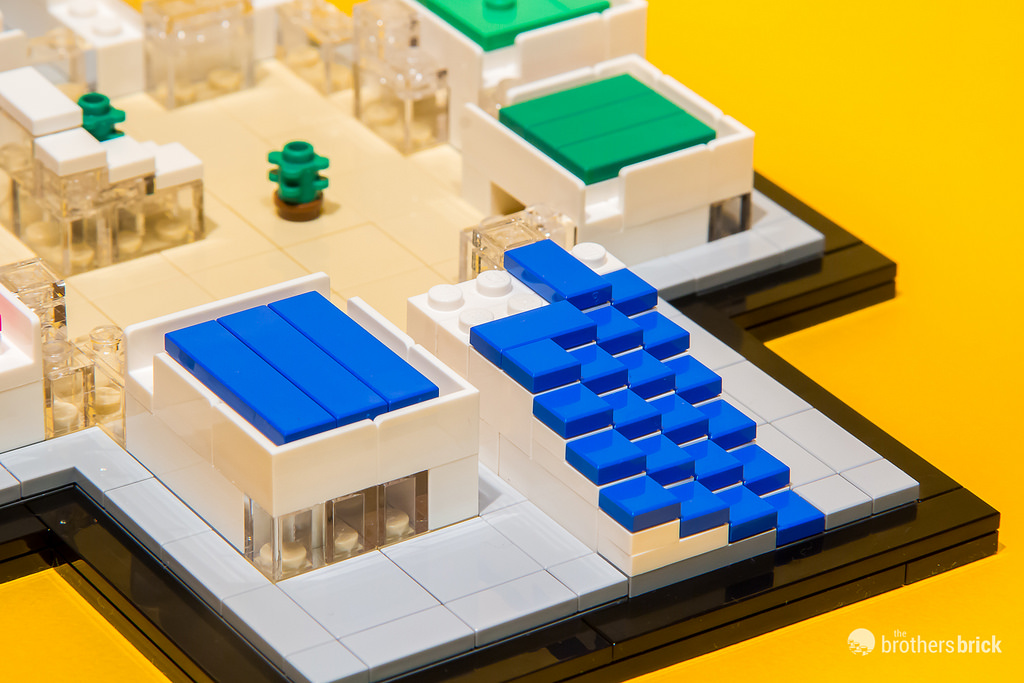 Tiny rectangular blocks with colorful roofs look so abstract that at points it feels like modern art rather than a model of a building. I’ve never seen shapes and structures like these in any other LEGO set. But the attention to detail is fantastic — the tiny tree made of just 4 pieces is actually a copy of the gigantic LEGO Tree Of Creativity built from 6.3 million bricks. 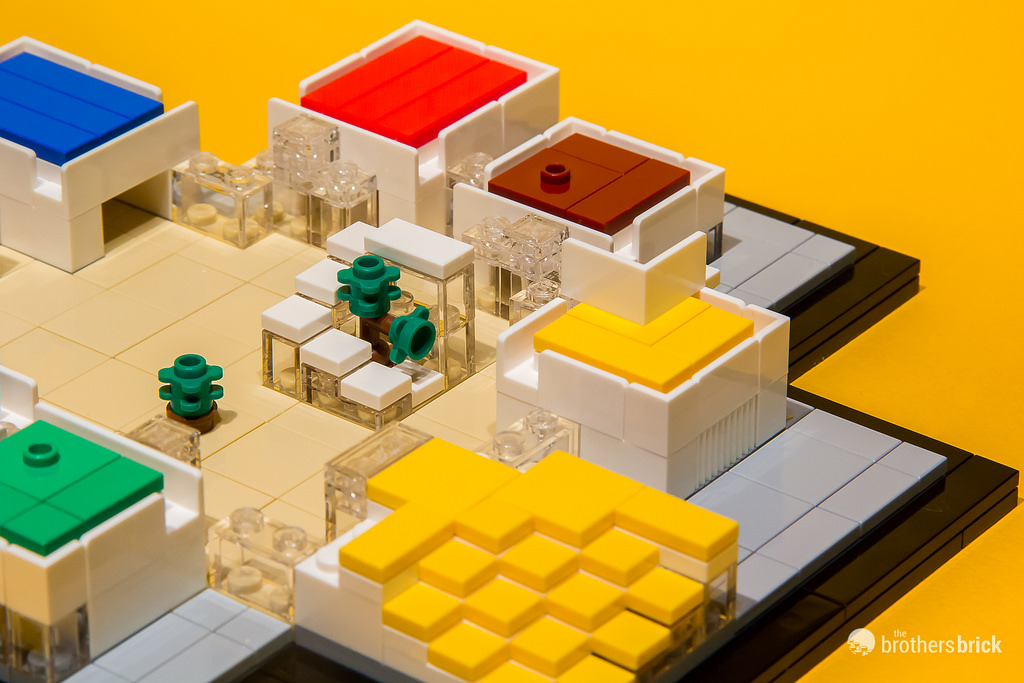 Once the ground floor is finished, the fun continues with more blocks. Soon 8 more are ready, and this is when you’ll find it impossible to drag your gaze away from the build — the different colored tiles come together to make quite a sight. 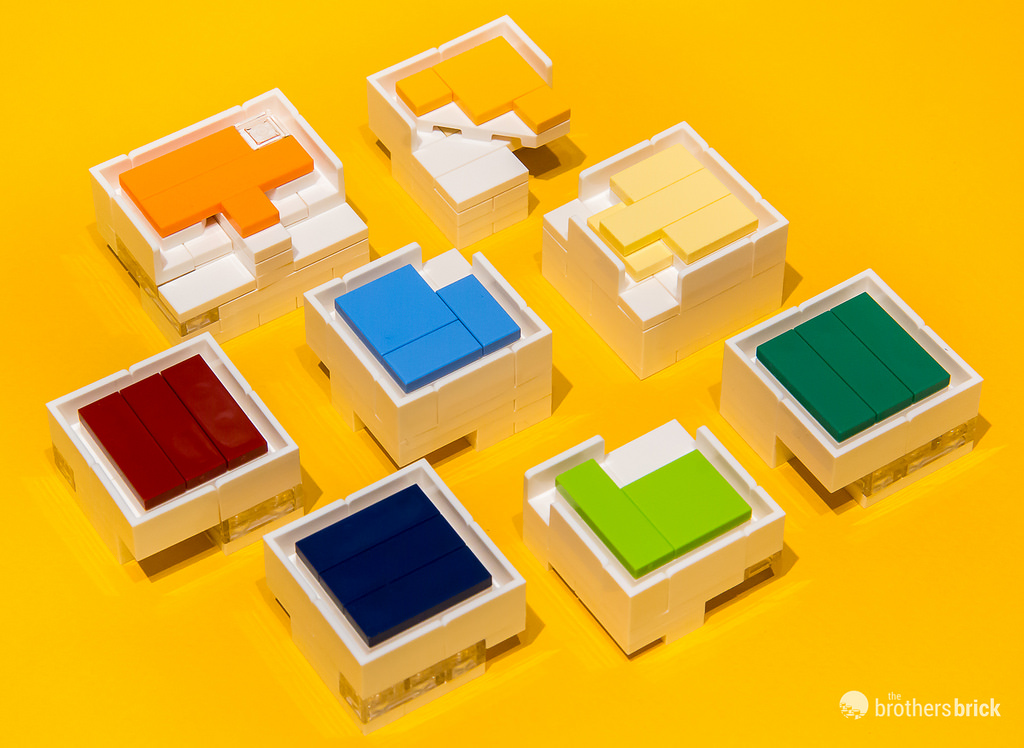 The set features elements in 17 different colors, making it truly beautiful. The arrangement of the colored roofs creates a pleasing gradient from blue through red and yellow, to green and back to blue. And we get some new color-part combos in amongst all those colors — this is the first time we get a jumper plate in light yellow. However, when it comes to parts, the set lacks something — 2×2 trans-clear plates. I have nothing against building with 1×2 trans-clear plates, but some sections would be more robust if transparent 2×2 plates were finally introduced. 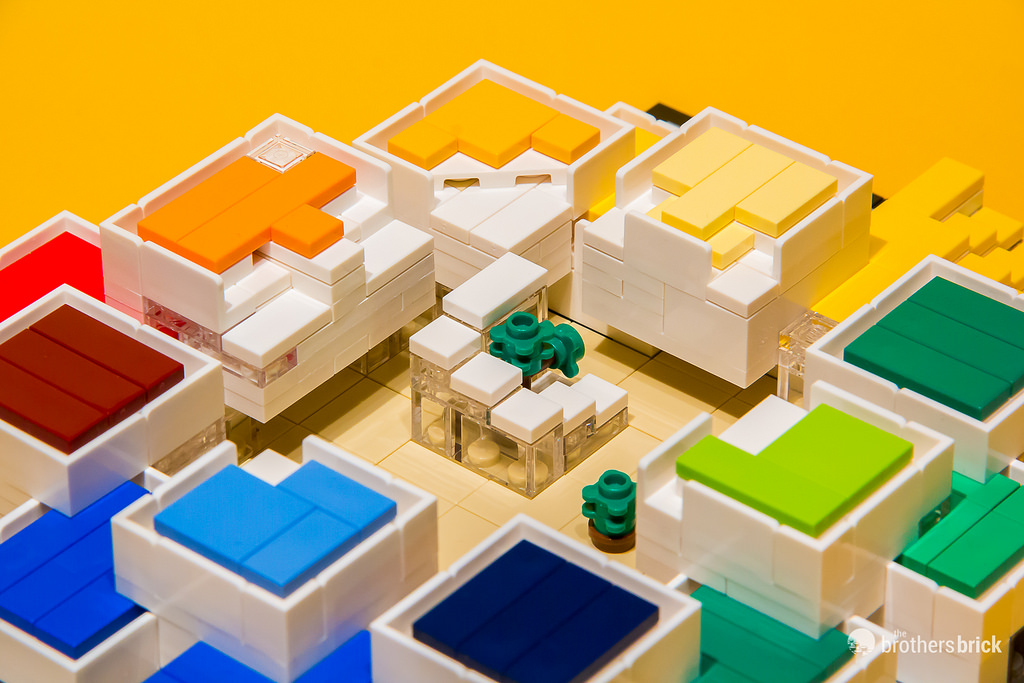 Finally, it’s time to finish with an unusual top floor that covers the central part of the ground floor. The use of “jumper plates” create an asymmetrical pattern, which looks quite creative. 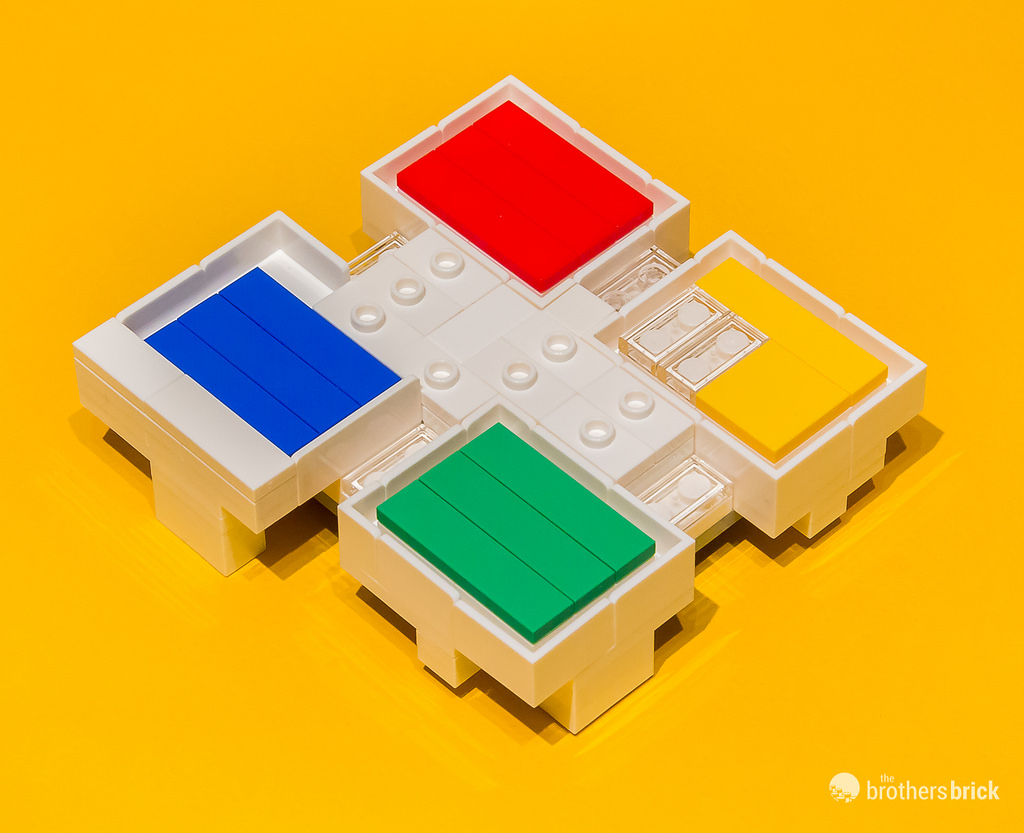 The final flourish is a large 2×4 brick with clear studs. Without any bright tiles this part of the House looks a little bit odd in comparison with the rest, but at least everything can be finally put together. 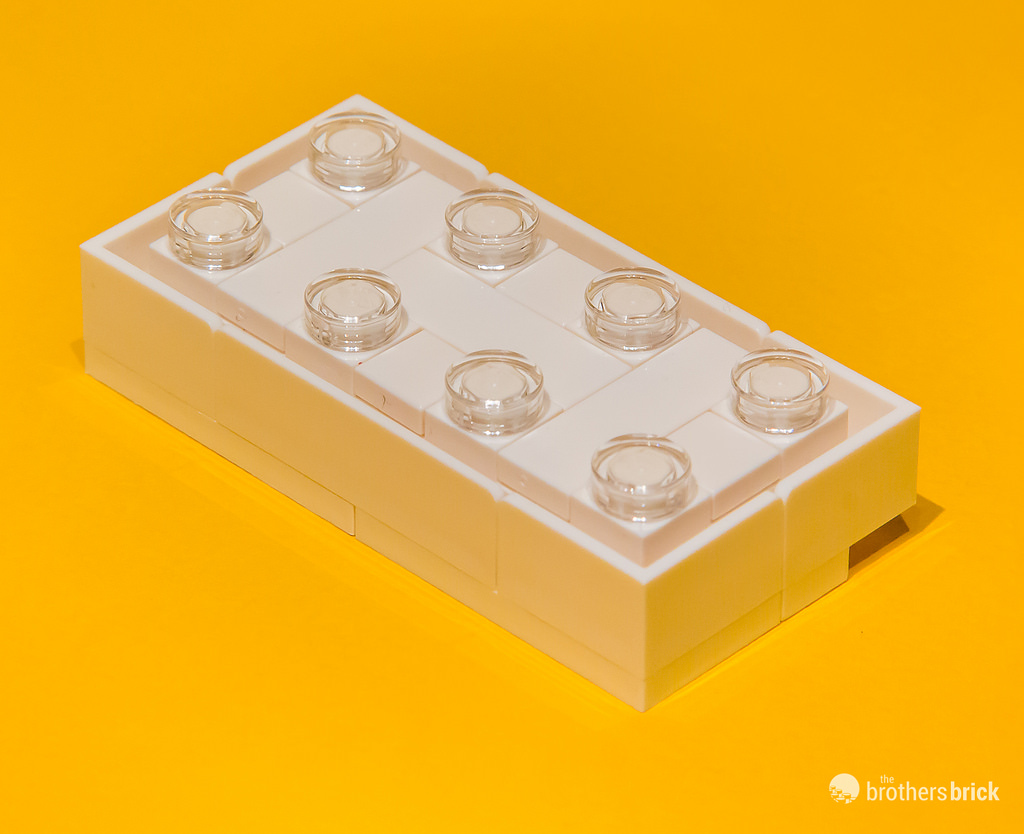 Trans-clear tiles imitate the glass roof. While the colorful zones of the real House are connected with stairs, unfortunately the scale of this model is too small for them to be replicated here. 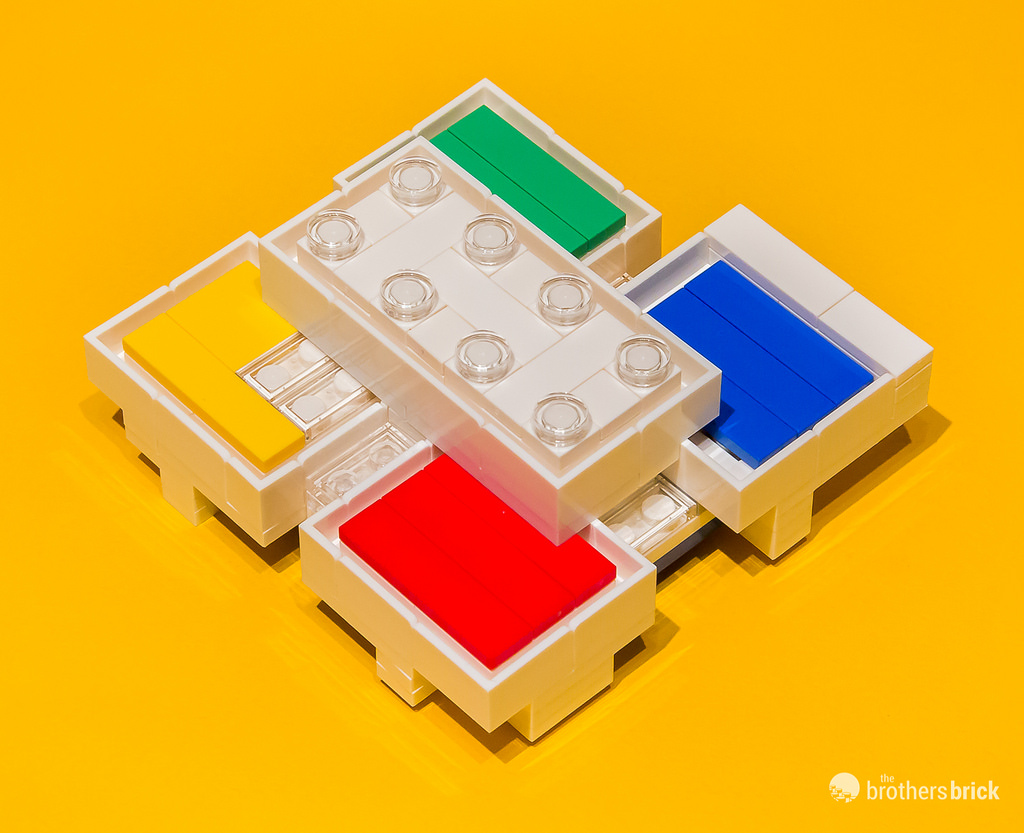 The finished model and conclusion

It’s hard to evaluate the LEGO House set the way we would any other regular set — primarily because it’s not a regular set. It’s not about the limited availability or any fancy packaging — it’s the concept and the message put into the model by the team of designers. It’s amongst the most beautiful and alluring sets amongst all those LEGO has ever produced, but the neat design and pretty patches of different colors isn’t what makes it truly remarkable. 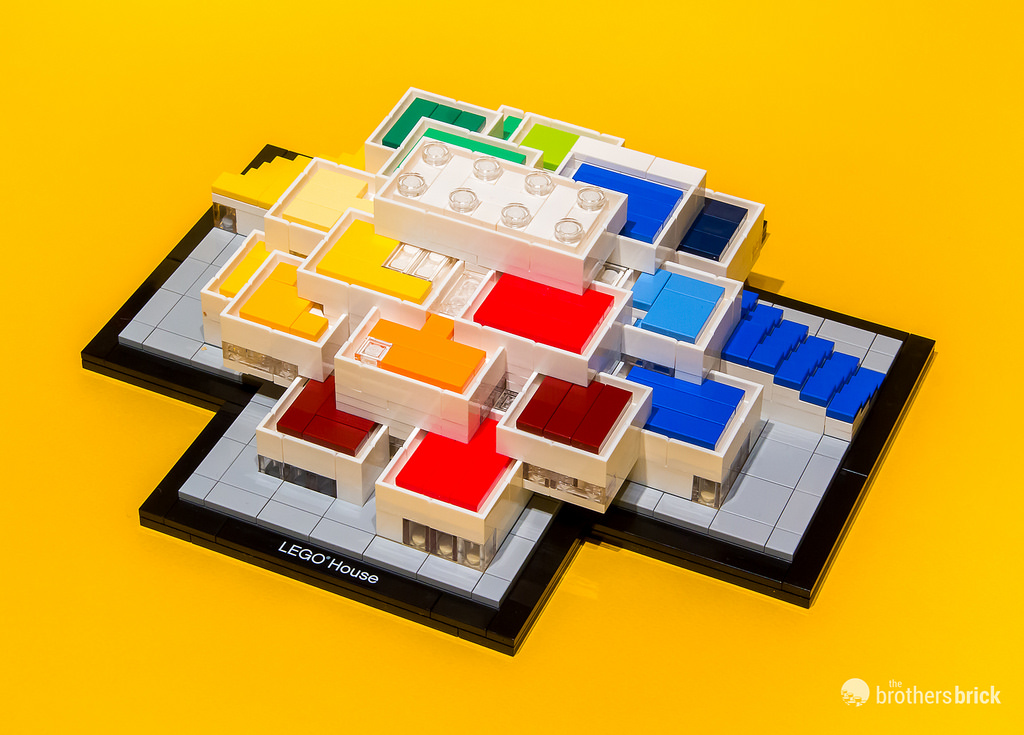 The idea behind the model is the LEGO House itself — an amazing one-of-a-kind family center right in the heart of Billund. The experiences there bring anyone’s vision of LEGO toys to a whole new level. And this set, being a memorable thing to bring home from Denmark, becomes a special invitation to visit the home of the brick at least one more time. And could there be a better way to invite fans to Billund than with such a great Architecture model?