YT-1740 is designed to be a fast and agile light freighter, only half the size of the Millennium Falcon and shaped like an arrowhead.  Builder ZiO Chao has supplied her with three powerful engines and two pairs of long-range antenna on its sides. The builder points out that you may recognise features from other ships in the Star Wars franchise: The Defender-class light corvette from the Old Republic era, the Ghost from Rebels, and also Kylo Ren’s command shuttle from Episode VII. The red string pattern is a nod to Homeworld, and the shape of engine comes from the battleship of Gundam. 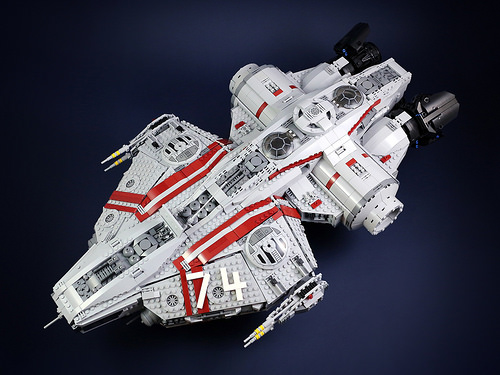 The detailed minifigure-scale interior has everything you could wish for — a medical room in case of inter-galactic mishaps, a meeting table for planning those all important missions and a crew resting area for a cold beer and a laugh about the latest crisis. The builder has put a handy label on the locations so that we don’t get lost finding the way to the bathroom at night. 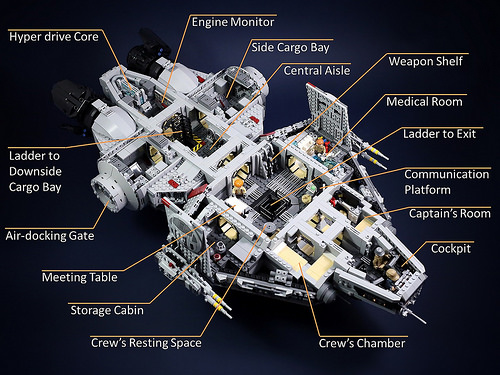