The Masterpiece Gallery in LEGO House has creations from seventeen different fan builders from all over the world. French builder Samuel Pister has specially designed this fantastical monster for the display. Samuel explains that the build is the story of a colourful monster who is confined in the display case and wants to escape. The only language the monster speaks is modelling colours to express his emotions, and he is trying to call out to visitors to help him. The monster looks at the outside world with the face of the lime goblin, and he tries to push up the display with the orange tree. He is asking for love and touching the window with an aqua hand. 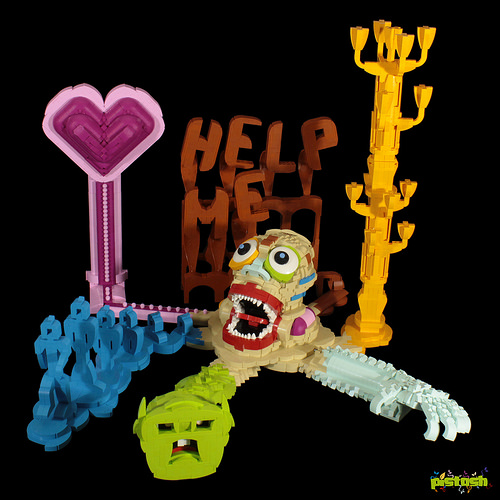 You might think that there is no way this monster can escape but by leaving a mark in the mind of the visitors, engraving colours and leaving questions, he will escape with them when they exit the house.