The LEGO Shop online started its latest Double VIP Points event earlier today, with a number of other promos running alongside. In addition to 2x VIP points, which works out to approximately 10% off the current purchase usable toward a future purchase, LEGO is giving away a number of gifts with purchase. The main promo set is 40178, which includes a brick-built LEGO VIP card and a vignette-style section of a LEGO Store. 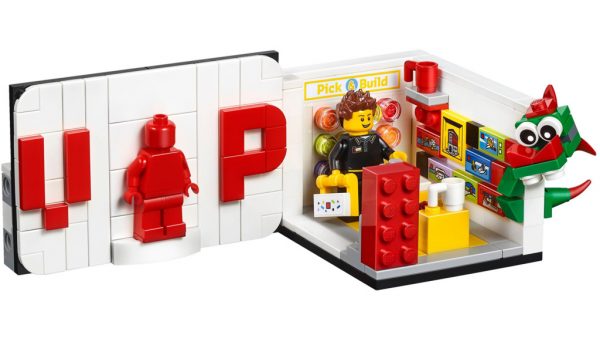 You can also get a free Paleolithic pair of people (the Collectible Minifigure cave man and cave woman in a special cave box), free Lloyd minifig from The LEGO Ninjago Movie (with any purchase over $50), and a free LEGO Friends Tic-Tac-Toe set (with the purchase of any Friends purchase of $20 or more).