I don’t think Hannes Tscharner has ever taken a photo that didn’t look amazing, and his most recent YT 1300 freighter is no exception, not to mention the build is first-rate as well. The model is a take off of his original 7,500 piece Millennium Falcon build, meant to be a modified version from the same family of ships, likely used by another crew of space smuggling experts. 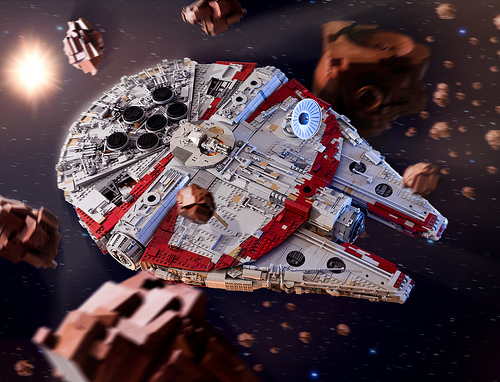 The red trim on the craft is very eye catching, and the photography is exquisite. It seems like the “Red Fox” as the builder has named it, has run into an asteroid field, perhaps trying to lose some imperial TIE fighters.