Not all great LEGO spaceships need to be colored variations of “realistic” gray, nor must they be actual ships in space. Master of motorized LEGO builds mahjqa has built a jarringly beautiful planetary exploitation crawler or “landship” named Khagaan, which has two smaller, fully motorized rovers to gather resources and space junk. The main vehicle is 43 inches long (109 cm), weighs 20 pounds (9 kg), and the builder says he used 25,000 LEGO pieces to create it. 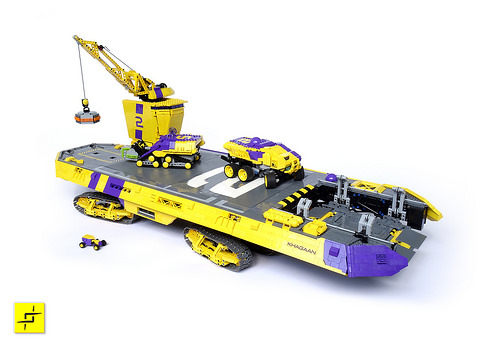 It’s not often that we’re fooled into thinking that a LEGO video is a render rather than the real thing — it’s more frequently the other way around — but watch through to the end of mahjqa’s video to see behind-the-scenes footage proving that all but the background and dust are practical effects (the real-live feline interloper proves it).

Khagaan has a working loading lift that can carry the independent rovers up to the main deck. 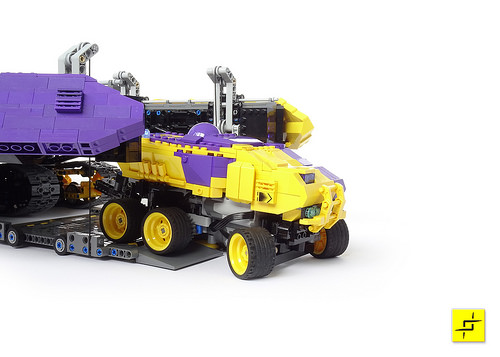 The two rovers both follow the bright purple and yellow color scheme of the landship, and they’re both also motorized with their own claws and magnetized lifters. 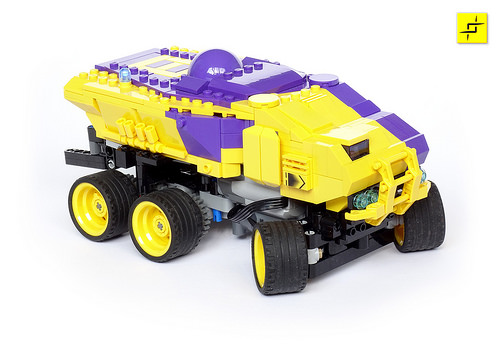 I particularly like the tracked rover with its crane. 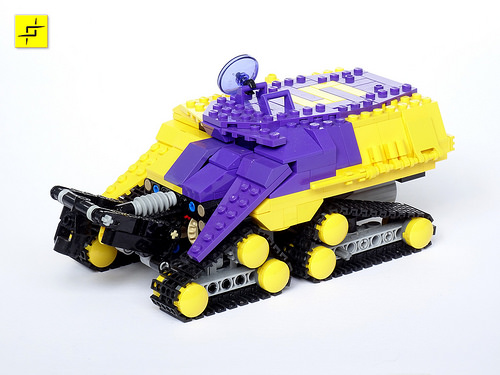 Even the space junk embedded in the landscape seen in the video is worth a look on its own. 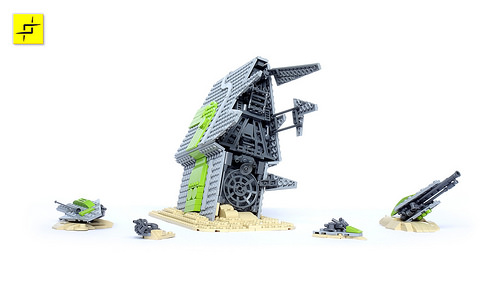