The master of Bionicle character builds Djordje is consistently churning out such great creations that one would feel like he can’t surprise any more, but somehow he does just that, with every new build he posts. So it is with this powerful-looking Viking warrior named Asmund the Banisher, who the builder says was chosen by Odin to wield magical steel to banish those corrupted by darkness. If I were in the All-Father’s place, my choice would probably be similar. 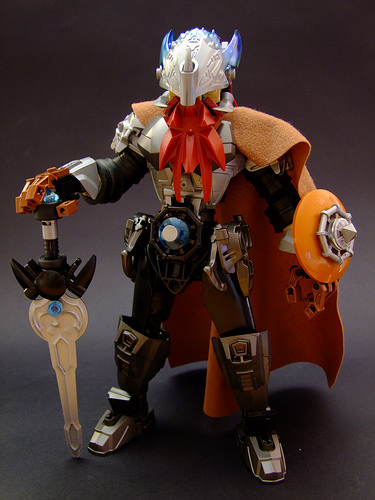 The figure has lots of character, with the Chima lion head as a beard and some simple yet effective limbs. There is a perfect balance of system and Bionicle characteristic for Djordje, who keeps making great characters with this subtle skill.