Sometimes a LEGO model shows up which just makes you smile. Tuts Panga‘s Classic Space speeder might not be the most complex creation we’ve ever seen, but if this doesn’t cheer your soul then there’s surely something wrong with you. The vehicle is delightfully chubby and the retro colour scheme is spot-on. I’m also a fan of the minimalist scenery, it provides a bit of context but doesn’t distract from the main focus — the grinning minifigure who’s clearly having a whale of a time in his new ride. 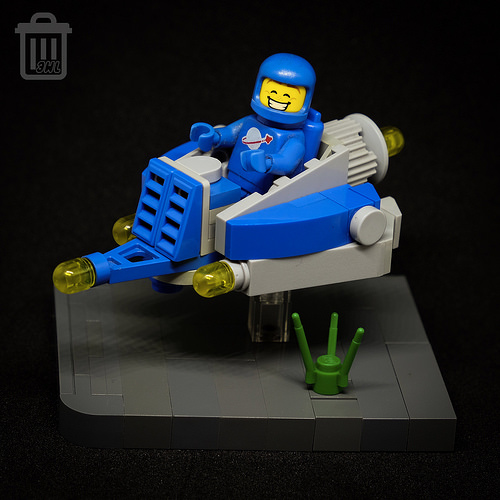 4 comments on “Smile if you wanna go faster”