I’m not sure if these still even exist on television broadcast channels anymore, but for me this build by Jason Cichon brings back a flood of childhood memories of waking up early in the morning to catch my favorite weekend cartoons. And on the other end of the spectrum, during my teenage years, this is what we dreaded at the end of the day, when TV broadcasts would go off-air. 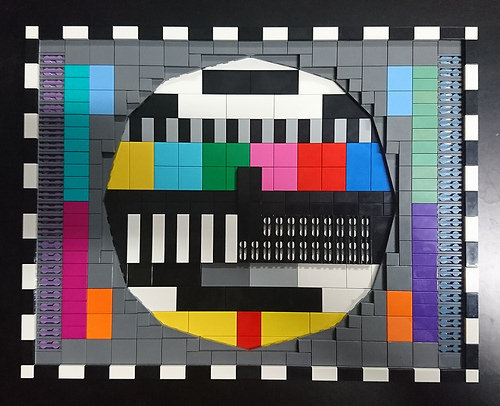 Consisting of roughly 530 pieces, this is quite an accurate build of the PAL PM5544 test pattern that often is broadcasted before or after the closing of a TV channel. For you young ones: yes, there was once a time when TV channels did not broadcast round the clock and operators actually had to go home and sleep, leaving us to figure out how to entertain ourselves during those periods.