What can I win?

Four winners will each receive a super rare limited edition Escape the Space Slug set. One of those winners will also be declared the grand prize winner and receive a 75105 Star Wars Millennium Falcon (…note this is the existing Falcon set, not the new UCS set). 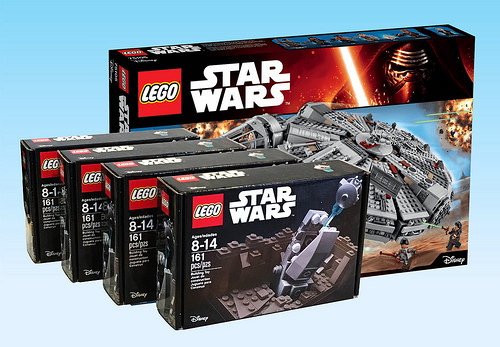 How do I compete?

There are no restrictions on scale, style or content — but the more imaginative and creative the better. Maybe you’ll dream up a custom themed version of the Falcon (…a Meowlennium Falkitten piloted by cats, perhaps?). Or portray the Falcon fleeing sand worms over the surface of Arrakis. Literally anything goes, so long the build includes something recognizable as a Falcon (in whole or part).

What are the rules?

The contest begins today and runs until October 1st, when LEGO’s new UCS set goes on general release. Once you have built your entry, post a single photo of it to the contest Flickr group. Only one entry is accepted per person. All entries must be new builds, that have not been previously posted online. They must also be physical models — no digital renderings will be accepted. However, use of custom accessories and stickers is permitted. Entries must be submitted by October 1st to be considered for judging. 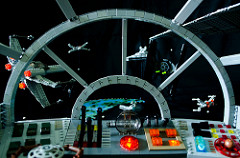 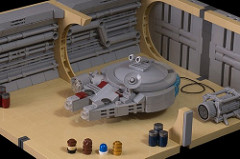