They say that Disney movies touch the heart, but Studio Ghibli films touch the soul. None more so than the Miyazaki classic Spirited Away. I’ve modelled the works of this legendary Japanese animator in LEGO before, but on the 15th anniversary of its US release I figured it was time to take a deeper dive into this particular masterpiece: 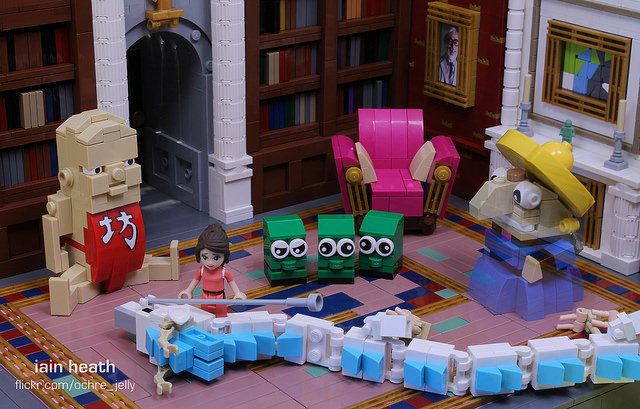 Spirited Away remains unrivalled for its blend of the spiritual, realistic, fantastic, and human. In balancing all of those realms, Miyazaki was the master. No surprise then that this movie won the Oscar for best animated film and remains Japan’s highest grossing movie to date. 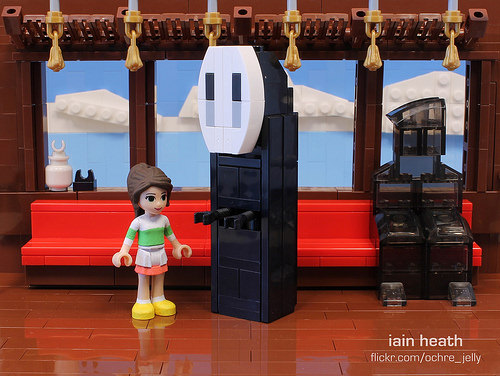 For this project I realized I’d need to do more just than generate a few brick-built characters and present them against a blank backdrop. In choosing a scale that would allow me to recreate as many creatures and environments from the movie as possible, I decided that the two main characters would be best represented as minifigures — specifically Friends “minidolls” which I find far more aesthetically pleasing than the regular old chunky figs. 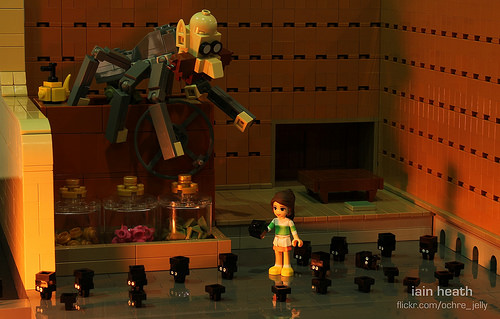 Naturally this required completely repainting them to have movie-accurate outfits, which was one of several “non purist” techniques I used to create these scenes. See if you can spot where I had to cut or otherwise decorate key pieces in the boiler room scene! 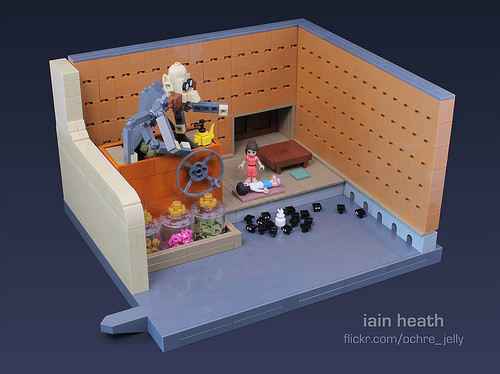 To produce an image in which everything you see in the frame is made from LEGO, it’s often easiest for a builder to construct just the portions that are visible, resulting in sections that are incomplete and fragile. But for this project I decided to make sturdy display-ready pieces that LEGO fans will be able to enjoy in person at forthcoming conventions along the West coast. 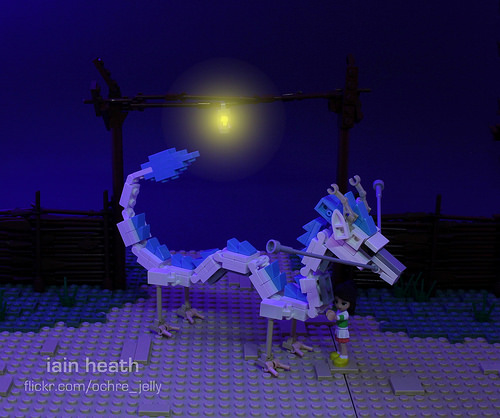 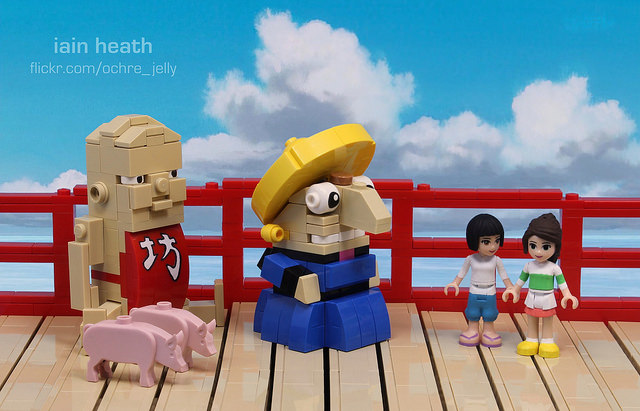 The project kind of started small and then ballooned out of control. I started with just the characters, but soon found myself building increasingly complex dioramas to house them. It was hard to choose which scenes to attempt and which to leave out — but hopefully I captured your favorites! And as pleased as I am with the end result, I’m most proud of the little statuette I crafted of the master himself, Hayao Miyazaki: 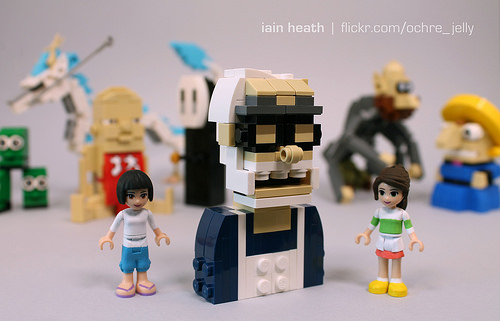 Whether you are a fan of Miyazaki, Studio Ghibli, or anime in general, I hope you enjoyed this brick-built stroll through one of my personal favorites. Or if this all of this is strange and unfamiliar to you, I hope it encourages you to give this (or any Miyazaki movie) a try. Whether you are young or old, they will touch you in a way that no Disney or Pixar animation ever could.

2 comments on “Chihiro’s journey: A LEGO tribute to Spirited Away”