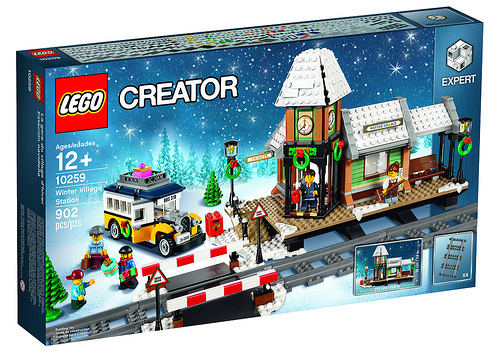 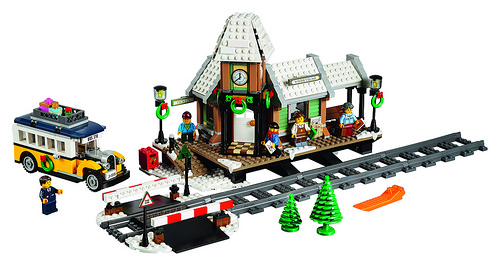 Head home for the holidays with the Winter Village Station!Head for home with the festive Winter Village Station holiday set, featuring a snowy railroad station with wreath adorned lampposts and clock tower, platform, mailbox, green trees, snowy grade crossing with twin barriers and lights, and a beautiful, festively decorated bus with opening doors and a luggage rack with removable luggage and gift wrapped packages. This LEGO® Creator Expert model also includes a ticket counter with a timetable and a transaction counter window with room for sliding out tickets to travelers, plus a coffee shop with a serving hatch and a detailed interior with an espresso machine, cups, cash register and a menu. Includes 5 minifigures. 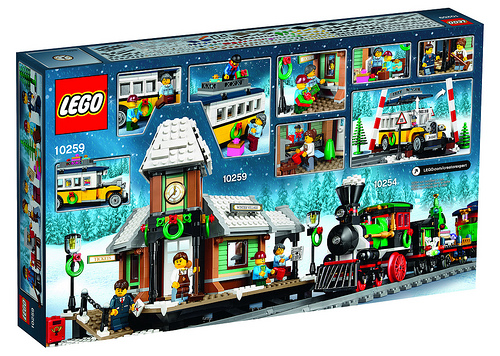 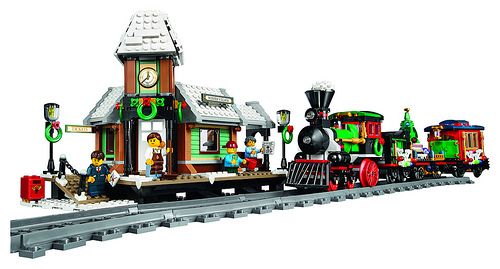 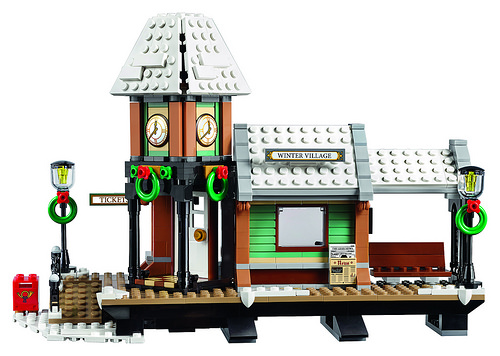 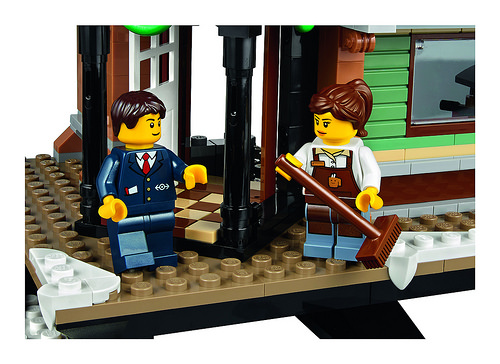 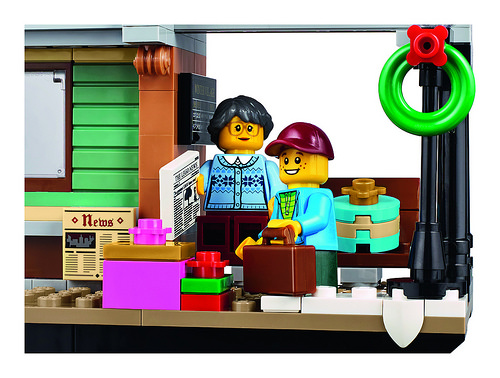 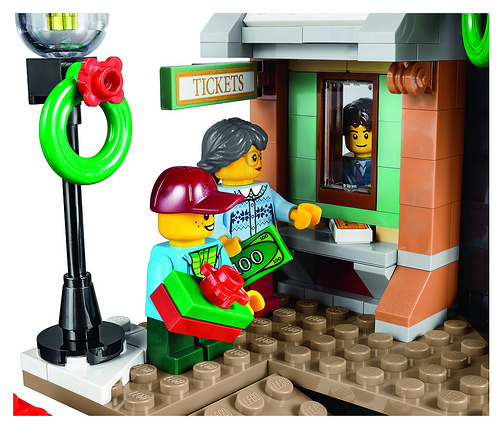 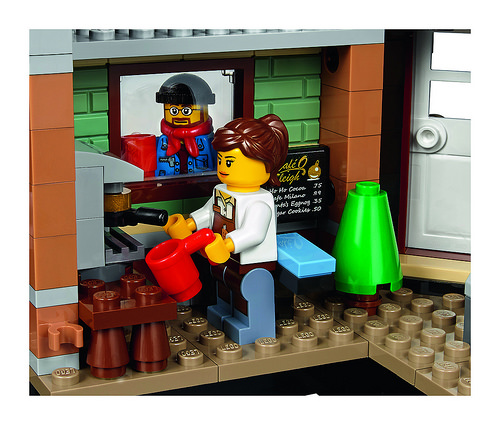 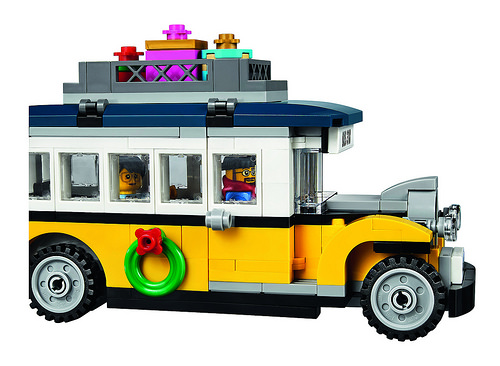 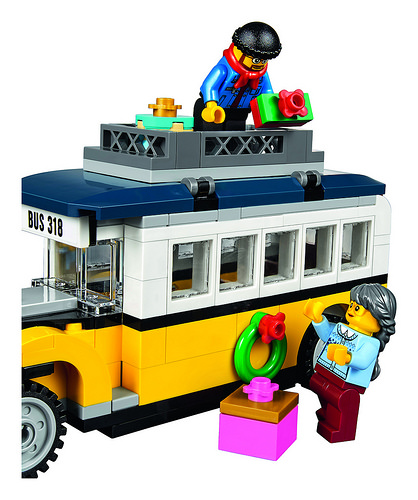 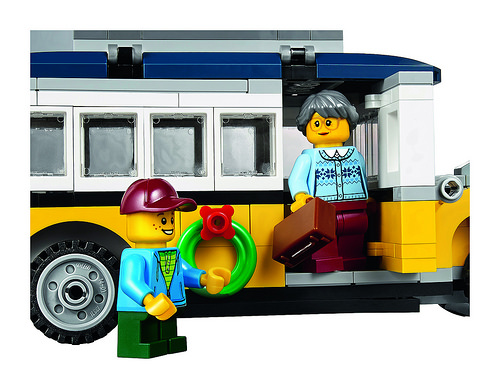 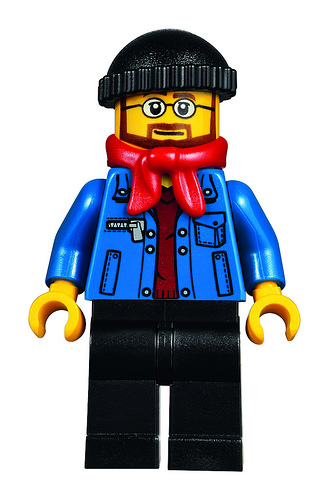 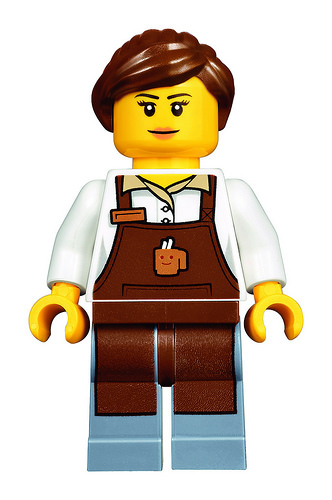 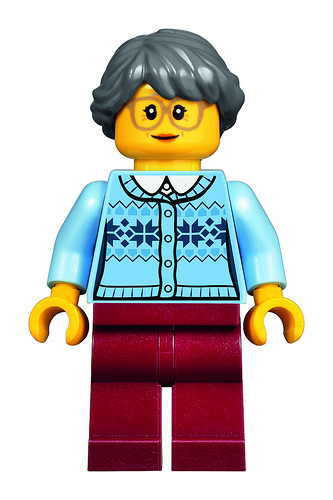 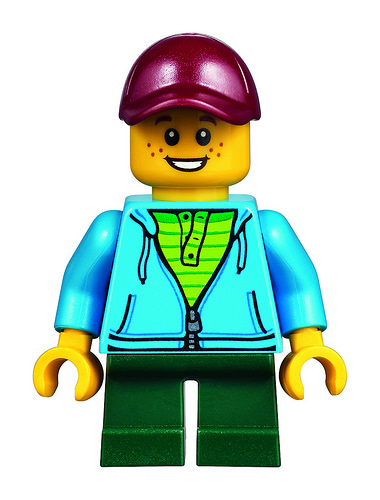 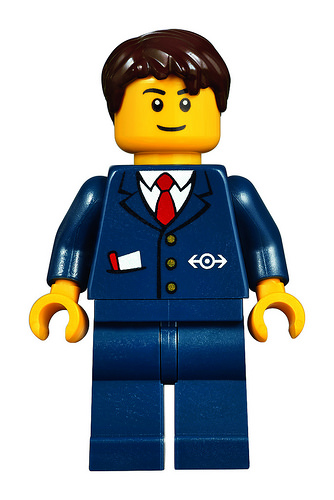